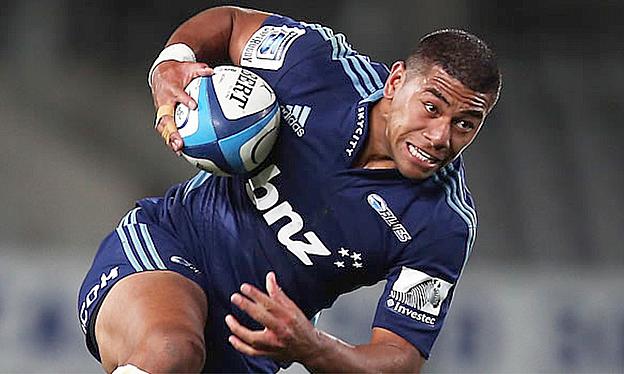 Charles Piutau will be joining Ulster in 2016
©PA

English pair in referee panel
Debbie Jevans stands down
RWC: the Ticket saga
The Pumas not so secret weapon

For Piutau, England 2015 may be his last shot at international rugby for the forcible future. Last week news broke that Pro 12 side, Ulster, have signed the young utility back after the World Cup, which could put his All Blacks spot in jeopardy and count him out of international honors for at least the 2015/16 due to NZRU rulings.

To say it has been a busy transfer period for rugby would be an understatement. Every week news breaks of a new player moving clubs, often big name players on the move. Dan Carter, Conrad Smith, Ben Franks, Colin Slade, Ma’a Nonu, the exodus of Southern Hemisphere internationals migrating north has been a recurrent theme. No country has seen more players leaving after the World Cup than New Zealand.

Steve Hansan has predicted that the All Blacks will start the 2015/16 without 15 of their current 31 man squad, one of the most recent of which has been the biggest shock.

Most of the names leaving New Zealand are experience veterans, for many the World Cup will realistically be their final international hurrah. However, Charles Piutau, aged just 23, is one the NZRU and many rugby fans had ear-marked for the future. Safe to say his decision to move to Ulster hasn’t been taken too well.

And it is easy to see why. The 23 year old has 12 All Blacks caps, scoring four tries and is one of the ‘fastest men in New Zealand rugby’ scoring to the All Blacks website.

A 2011 Junior World Championship winner and 2011/12 World Series winner with the New Zealand sevens team he is a fixture in Super Rugby franchise, the Blues, team. With 10 tries in 24 games for Auckland his call up to the Blues came in 2012 and he has gone on to make 29 appearances and score eight tries. A potent finisher with quick feet and pace to burn, the signing of this speedster is a huge coup for Ulster and a real statement of intent.

For Piutau, England 2015 is now the last opportunity, for the foreseeable future at least, of international honors after signing with the Irish club on a two-year deal. If playing at full-back for the All Blacks wasn’t a tough challenge to start, up against the likes of Israel Dagg and Ben Smith. Now Piutau must prove himself as worthy of the spot even though he is out of contention for the next two years.

The chances are his game time will be limited, that is if he even gets selected. Should he get a chance, however, he could make a huge statement to the NZRU. A chance to make his name stick in the mind so that after two years there will be offers on the table from New Zealand, and a chance to return and play for his country once again.