Time to Shine for All Blacks Hooker at 2015 RWC 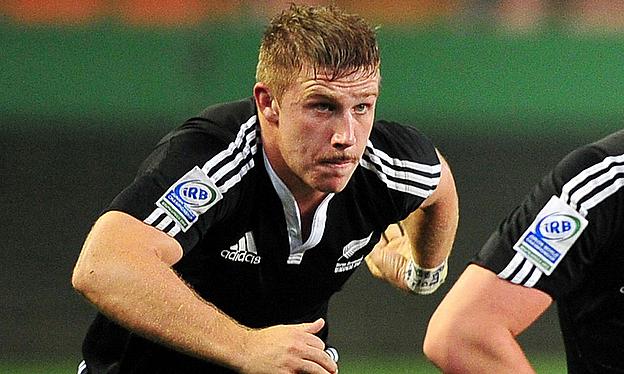 As we enter a World Cup year Mike Stanton takes a look at some of the best young players that could feature at the 2015 Rugby World Cup: Nathan Harris

Defending Champions The All Blacks will, as ever, be ranked among the favourites to take home the Webb Ellis Cup this year. Central to the All Black’s dominance of world rugby is their strength in depth, it is remarkable that a country with a population of just 4.5 million is such a relentless conveyor belt of world class rugby players, evidence in the fact that since 2001 the award of World Player of the Year has been won by an All Black seven times; in 2005, 2006, 2009, 2010, 2013, 2013 and 2014.

One player who is quickly making a name for him self  on the international stage is their new young hooker Nathan Harris, 22.

Any position in the All Blacks squad is highly contested, none more so than hooker where the likes of the evergreen Kevin Mealamu and Dane Coles often compete for top spot. Despite this, the chances are Mealamu, 35, will retire after the World Cup having amassed 124 test caps and 60 points for the All Blacks. Harris has a great opportunity to use England 2015 as a launchpad for his international career.

Harries, formerly a number eight, has represented New Zealand twice at the highest level, with one try already to his name, and was a key part of the Under 20s side that reached the final of the 2012 junior World Championship.

He currently plies his trade for the Chiefs, and was proved to be the fittest member of the squad, somewhat redefining the preconceptions of the position. His background as a back row means he is very mobile and dynamic with ball in hand, a characteristic that is becoming central to a hooker’s game in the modern game.

His test debut came against Argentina in the 2014 Rugby Championship where he was handed a starting spot. His second appearance came against the USA Eagles in Chicago where he also started, picking up his first try for the All Blacks.

The history books show us the strength of the All Blacks throughout the years, and the importance and high regard in which the famous black jersey is held. Now, for Harris the 2015 World Cup offers him a fantastic opportunity to cement his pace in the World’s most renowned rugby side.