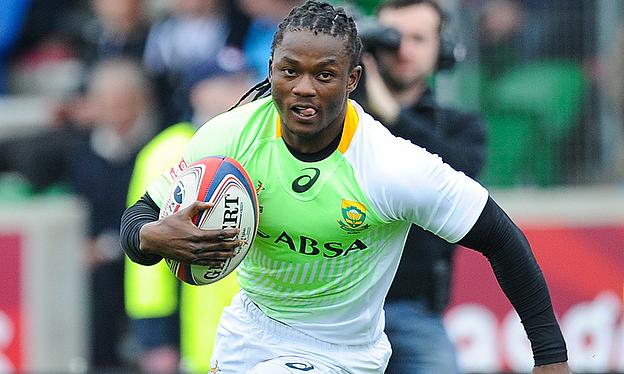 Springbok Sensation set to light up 2015
SOS - Save Our Springboks!
World Cup race for De Villiers
Five changes for the Boks

As the rugby World Cup draws ever closer, more and more players are putting their name in the hat for international selection in time for the biggest party in World Rugby. This week alone has seen calls for Nick Abendanon and Elliot Daley be shoved into the spotlight as outsie chance for the World Cup for England. One player who is make a late dash for the South African squad is winger Seabelo Senatla.

Senatla made a name for himself by being a fixture in the Blitzbokka squad, the South African 7s squad. Heloing them to Commenwealth Gold last year, 2014 was certainly a big year for the young winger. In the same year he also won Dubia and PE titles, securing the Blitzbokka in the top spot of the Sevens circuit. In the same year he proved himself just as deadly in the 15 aside game, winning the Currie Cup with Western Province and winning himself a spot with Super 15 side, the Stormers which culminated in him being called up to the Springbok’s European tour. Although he didn’t get any game time it shows that he is closing in and could well be timing his run to the international stage with perfection as England 2015 looms on the horizon.

This year, after a promising start tot he season with the Stormers, he has tied his loyalties to the Blitzbokka, currently an integral part of their squad in the World Series which culminates in Twickenham on 17 May. After that he will have just four league games left with the Stormers to make an impression if he is to make it into Heyneke Meyer’s squad.

Senatla’s talent is clear to see. His electrifying pace and lightning feet have seem him become a crowd favourite on the Sevens circuit, with 80 meter plus tries becoming somewhat of a regular feature when he gets his hands on the ball. Having this ability for Sevens is one thing, but he is also proving himself just as deadly in the extend version of the game and could prove to be a real handful if he is given a chance.

The Springboks are built on physicality. A big, mean pack that makes mincemeat of their opposition upfront provides the platform for their big centres to smash their way through. Senatla offers a new dimension, the role Bryan Habana provided for so many years, an out and out speedster. Add to this pace the fitness and agility of a natural born Sevens player and you might just have the perfect winger. At 6’1’ and 12 stone he isn’t exactly small, there is enough of him to survive the physicality and some times attritional side of fifteens compared to the free running style of Sevens.

Heading into the penultimate stop on this seasons HSBC Sevens World Series, Scotland, Senatla has helped South Africa into pole position overall. They will look to extend this as they head up Pool B for the next stop, drawn against New Zealand, Samoa and Kenya. Should he make it to the 2015 World Cup Senatla will face Samoa once again, with the Springboks also set to face Japan, Scotland and USA in an exciting pool with all sides boasting exciting players and an expansive style of play.

Senatla is currently focused on the Sevens series, but has publicly expressed his aims for a World Cup place. A steep challenge faces him, with few games left to impress with the Stormers. However, should he receive the call up he is a player that could truly light up England 2015.