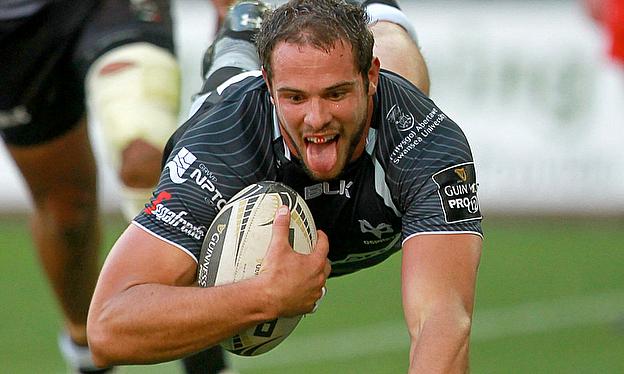 Rising Rebel: 2015 is the time for McMahon to cement his place as a Wallaby
Can the Rugby World Cup provide any shocks?
Australia's Sleeping Giant
Samson Lee: young pretender ready for RWC 2015

As we enter a World Cup year Mike Stanton continues to look at some of the best young players that could feature at the 2015 Rugby World Cup: Tyler Ardron

Tyler Ardron has been one of the most exciting young prospects for a few years. The 6”4’ number eight, who can also play on the blind side or in the second row, has a deadly combination of size, speed and skill.

After honing his skills on the sevens circuit the big Canadian moved on to play for Canada A before making his senior debut at the tender age of 21, being made captain of Canada the same year.

His leadership skills is clear to see, the youngest ever captain of the Canadian national side, it was these qualities which were cited by the Ospreys, for whom he plays for in the Pro 12, when they offered him a two year extension in September last year having only signed him the season before.

After starting his international career at six, Ardron has moved into the eight jersey for Canada, his powerful runs and athleticism key to the Canadian game plan and he will be hoping to continue his good form into the Pacific Nations Cup in March this year and the Rugby World Cup.

2014 may been seen as a disappointing year for Canada compared to their usual standards. Losing to rivals USA would have been a big blow, a fixture in which they have been dominant in in the past few years. But despite the losses there were some impressive results; including pushing Scotland all the way, coming agonizingly close to a famous victory.

In the end the Canadians just lost with a final score 17 – 19, and a controversial one at that with Canada’s Jebb Sinclair given a red card for ‘leading with the elbow’, which was met with heavy criticism, with five minutes left to play.

The resulting red card saw Canada have a penalty, in kicking range and trailing by just two points, reversed allowing Scotland to clear their lines and close out the game, thus denying Canada a famous victory over the Scots.

In the 2015 World Cup Canada will be hoping they can go one step further against the big teams of World Rugby. Drawn against Romania, Italy, Ireland and France the chances of qualification to the knock out stages are slim.

You would imagine Ireland and France will be the ones fighting it out for the top two spots but being drawn in a pool with Romania and Italy offer Canada a huge opportunity.

After losing narrowly to Romania last year Canada will be keen to avenge this result and against Italy they will go into the game as underdogs but with a very real opportunity of claiming a major scalp in World Rugby.

Ardron will be central to Canadian hopes. At 23 he has the weight of his nations hopes on his shoulders. The young captain will be charged with firing up his troops and leading them and for Ardron 2015 could be a stepping stone for bigger and better things.

This season has seen the young man grow into a regular for the Ospreys, and with such leadership potential he is one they will be keen to hang on to. With the World Cup this year the Canadian rugby team will be on the biggest stage in World Rugby, and a chance to galvanize a nations imagination.

The scenes in America during the football World Cup show the potential for a World Cup to propel a sport sometimes on the fringes of a countries sporting priorities into he limelight. Rugby in Canada has been on the up for years, with a growing fan base and a growing reputation, especially on the sevens circuit. This year in particular is a fantastic opportunity to for the sport to push on in Canada, and Ardron will be central to this.