Injury crisis could provide Kruis with his World Cup chance 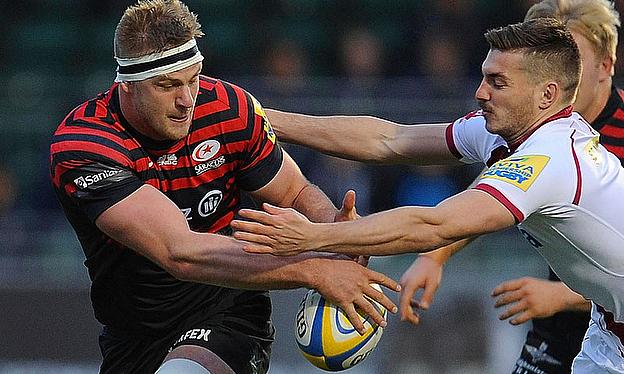 George Kruis has been impressive for Saracens this season
©PA

As we enter a World Cup year Mike Stanton takes a look at some of the best young players that could feature at the 2015 Rugby World Cup: George Kruis.

One position on particular that has been decimated with injury is the second row. Joe Launchbury, Geoff Parling and Courtney Lawes have all been forced out through injury in recent months meaning a rapid rise through the England ranks for Saracens’ George Kruis.

Kruis, 22, has been something of a hidden gem for Saracens in recent years. A key part of their squad the young second row has already amassed 91 appearances for last year’s Heineken Cup and Premiership finalists.

After representing England at U20 level at the 2010 IRB Junior World Championships the England Saxons in 2013 he made his full senior debut in the 2014 QBE internationals coming off the bench to win four caps.

His performances for England against New Zealand, South Africa, Samoa and Australia were impressive. Combining mobility with power he is somewhat the archetypal modern second row and his time alongside Steve Borthwick at Saracens have clearly rubbed off on him as he proved a potent weapon at the lineout, reading opposition movement brilliantly to win crucial turnovers.

England are going into the 2015 as hot favorites, many believing the home advantage will be a massive factor. But being the host nation also has it’s downsides; they will go into every game with a target on their back and the pressure of a nation on their shoulders.

For Kruis, the World Cup may just be in the distance for now. With the injuries that have struck the English engine room it wouldn’t be surprising if he packs down alongside Bath’s Dave Attwood in the second row this Six Nations and for the young Saracen grabbing this opportunity with both hands should be the only thing in his sights for now but should he perform well he will be putting him in a great position for when the world’s biggest rugby party rolls into town.

The injury ‘crisis’ the English management is having to deal with may be a headache but it is showing off the strength in depth of the English game with young players like Kruis fitting in seamlessly into the set up and gives them an opportunity to throw their hat in the ring come selection time for the World Cup.

You would imagine that if all the players are fit it would be Parling, Launchbury and Lawes that will be fighting it out for the England squad, with Kruis behind Attwood in the pecking order. However, with the injuries to the front runners Kruis must seize this opportunity to prove his worth and try to tighten his grip on the England shirt with solid performances in this Six Nations a perfect platform from which to launch an assault on a place in the England World Cup team.