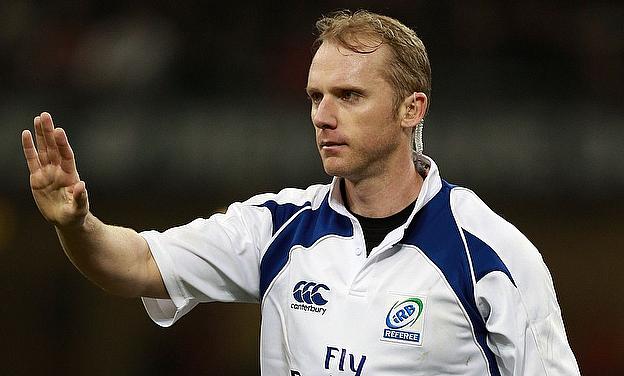 Wayne Barnes and JP Doyle are the two English officials included among the 12 referees appointed for the 2015 World Cup.

The French Rugby Federation supplies the biggest contingent in Jerome Garces, Romain Poite and Pascal Gauzere while Glen Jackson of New Zealand will be the first former professional player to referee at the World Cup.

The most experienced of the 12 is Welshman Nigel Owens, who has presided over 60 Tests and is considered by many to be the best referee in the sport.

The seven assistant referees and four television match officials to officiate in matches at the global showpiece have also been announced by World Rugby, formerly the International Rugby Board.

"Since the 2011 World Cup we have been focused on developing a strong panel that can preside over the 48 matches at this year's tournament," chairman of the selection panel John Jeffrey said.

"The fact that seven of the referee panel were involved in the 2011 tournament points to the big-match experience that they hold. Between the 12 of them, they have refereed no fewer than 361 internationals."