Covering all levels of the game, Talking Rugby Union brings you news and views about the sport across the UK, Europe as well as globally.

Our contributors are freelance journalists, aspiring writers, volunteers, pundits and players as well as photographers. As a team, we aim to bring you original content, combined with the main stories surrounding our sport.

We provide a mix of daily news with exclusive interviews and since TRU was launched, there have been many contributors who have all been keen to maintain the progression of the website.

Max Ashcroft - Founder of TRU. Max uses his black book of rugby contacts to obtain some of the very high profile interviews you see on Talking Rugby Union. Max was with the Bath Rugby Academy and now plays semi-pro for Sedgely Park RUFC.

Max is the founder of Red Panda and heads up the marketing side of TRU. He was influential in helping TRU  acquire the rights to the National League website in 2017 - @max_ashcroft

Max Skofic - Max is a Slovenian rugby international, who scored a hat trick of tries on his international debut. He is our Creative Director, whose unique blend of art and sport can be seen in the clothing line he has developed for www.redpanda-sports.com. It can also be seen throughout the TRU site.

Chris Heal - Our Head Editor. A University of Sunderland Sports Journalism graduate, Chris has been part of the team since 2015. He focuses on all areas of the game and his coverage of the National Leagues enabled TRU to take control of the ncarugby.com website. Chris is also part of the Rugby Union Writers' Club - @c_heal

Joe Harvey - Joe has been one of TRU’s main contributors since walking through our doors in 2018 as a 19-year-old. Finishing his journalism degree at The University of Derby in 2019, Joe has set about establishing himself as a freelance journalist.

Inducted into the Rugby Union Writers Club in 2020, Joe is the voice of the Talking Rugby Union and NCA Rugby Podcasts, and is a correspondent for Major League Rugby in North America - @joeharvey34

Gary Heatly - Gary has had a love for both rugby and writing for as far back as he can remember. Having cut his teeth in the ‘real world’ of journalism at the Midlothian Advertiser local newspaper, he has since been kept busy covering sport, mainly rugby.

He was a member of the editorial team at SCRUM Magazine for 11 years and now provides regular rugby content to various national and local newspapers, magazines and websites via his company GH Media as well as hosting a podcast - @G_HMedia

Elizabeth Cartwright - Elizabeth is learning her craft as a sports journalist with TRU. A passionate Leicester Tigers fan, her style of writing complements our website extremely well. She has conducted exclusive interviews with Freddie Burns and England women's international Ellie Killdunne - @_ElizabethC99_

Will Sherrington - Having completed a stint of work experience with TRU, Will is now contributing to the website as frequently as possible as he takes his first steps into the world of rugby journalism. He is a graduate of the University of Chester, and he has an MA in Spanish and journalism - @WillSherrington

Josh Beaumont - Current Sale Shark Josh Beaumont has been a long friend of TRU. The former Fylde man is now a regular columnist for us and he discusses a wide range of topics in his monthly features - @JoshBeaumont1

Simon Hammersley- Like Josh, Simon has also had a good relationship with TRU over the years. The full-back offers his opinions on the Premiership as well as all levels of the game - @Simon_Hammers

Charlie Beckett - Charlie is one of TRU's most popular columnists. The former Gloucester and Jersey player has offered his strong views on all areas of the game. In particular, his pieces focusing on women's rugby have captured the attention of TRU's audience. Charlie is also a regular guest on the TRU podcast and currently plies his trade in the Championship with Ampthill - @Charlie_Beckett

Sebastian Negri - Current Italy international Seb Negri is another one of our columnists. The former Hartpury man captained his university to BUCS glory in 2017 before moving to the Pro14 to play for Benetton. Since his time in England, Negri's rise has continued and now TRU can benefit from his excellent knowledge of the game - @slnegri04

Kate Alder - Kate is Wasps Ladies' captain and we are delighted to have someone of her stature on board at TRU. Kate offers her insight into the Premier 15s and what it is like to play in the women's top division - @_katealder

Ethan Waller - Worcester Warriors prop Ethan Waller is a brilliant person to have writing for TRU. A current Premiership player, he is not frightened to put his opinion across. Away from the day job, Ethan is the founder of @SliceSliceUK - @beef324

Guy Thompson - Current Ealing Trailfinder Guy Thompson has been part of the TRU team since 2020. After a strong career at Wasps and Leicester, the back-row has joined us to discuss various talking points alongside the latest goings-on in the Championship - @GuyThompson87

Ben Mercer - Having played in the UK, Australia and France, Ben offers TRU's readers an excellent insight into the game with his very informative columns and opinion pieces. With a degree in English Literature, the former Plymouth man is a brilliant person to have on board at TRU - @wherebenmercer2

Harry Latham-Coyle - Harry is a freelance sports writer and has been published on The Independent website. He has extensively covered the women's game for TRU, whether that is the Premier 15s or following the Red Roses - @hlathamcoyle

Matt Wood - Known as our intrepid Aussie, Matt was on secondment at Leeds Met in 2013/14. He followed and reported on Leeds Met's journey to the BUCS rugby final at Twickenham. He is currently based in Melbourne and provides a local insight into Australian rugby - @mattywoodtruck

Frank Nickson - founder of RP007s, a 7s rugby team in the North-West, Frank is responsible for the extensive photo library that is at the heart of Talking Rugby Union. Graduate from Nottingham Trent University - @franknickson06

Benedict Chanakira - Born in Zimbabwe, Benedict is an aspiring rugby coach who frequently writes on the game. His reasons behind these chosen paths are because, to quote, "of Paul Flanagan who is rugby's equivalent to Mourinho and a journalist for the love of interacting." He is also a huge fan of the Natal Sharks, England Rugby and is it the All Blacks or Springboks? He can be found on Twitter @bchanakira2 and his Google + is Benedict Chanakira.

Wade Cox - Originally from Port Alfred, which is situated in the Eastern Cape in South Africa. Born and raised in a rugby culture, he has always been a keen supporter, observer and analyser of the game. Studied a Bachelor’s Degree in Media, Communication and Culture at NMMU (Nelson Mandela Metropolitan University) in Port Elizabeth. Currently residing in Hong Kong, which has an exceptionally strong rugby culture, where he plays (touch mostly) and referees in his spare time - @wadesgotit

Frederic Wale - based in Rio, Frederic loves photography in his spare time. He rubs shoulders with Brazil's most famous sports stars and provides Talking Rugby Union with the taste of Rio in his pictures - @fredericwale

Steve Hagg - Steve is one of the latest photographers to offer his fine imagery to TRU. A Cornishman based in Durban, Steve covers the Springboks quite regularly - @STEVEHAAGSPORT

Plus many other writers, who are appreciated for their fantastic work. Thanks! 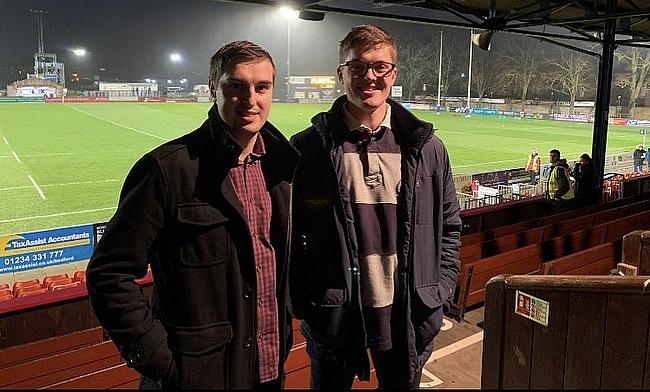 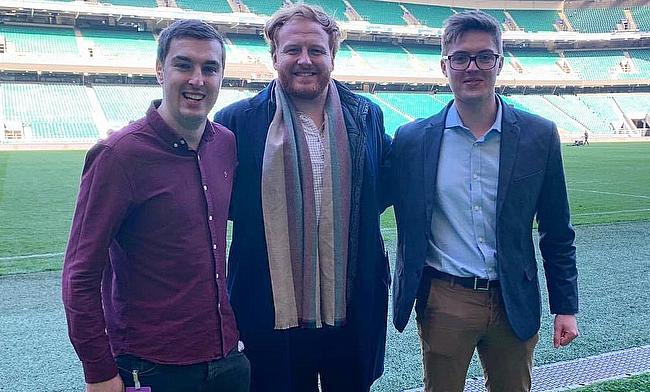 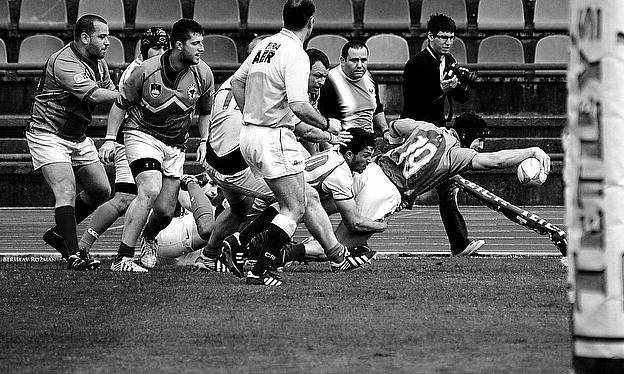 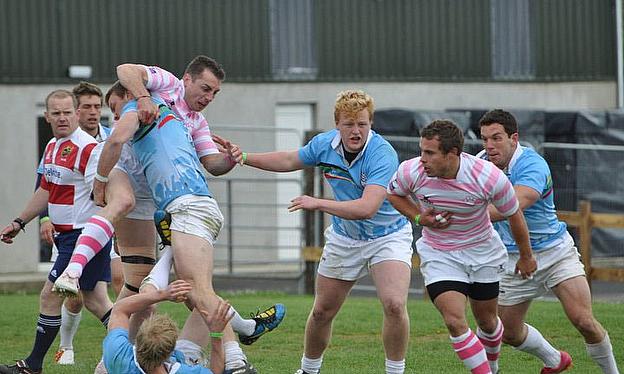 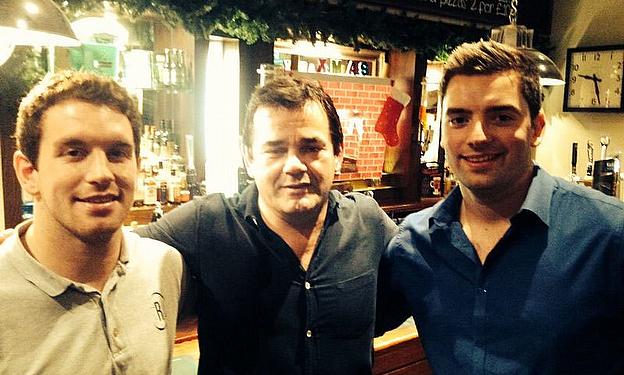 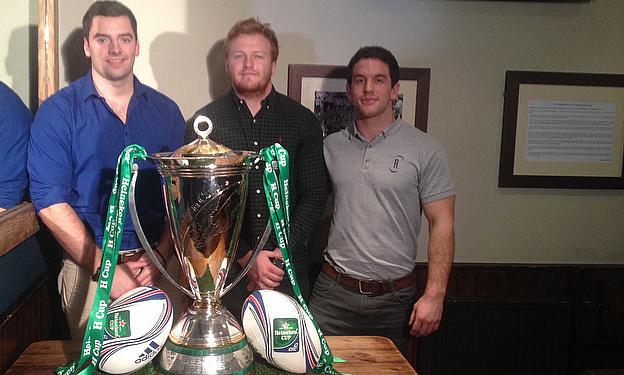 The team alongside the Heineken Cup 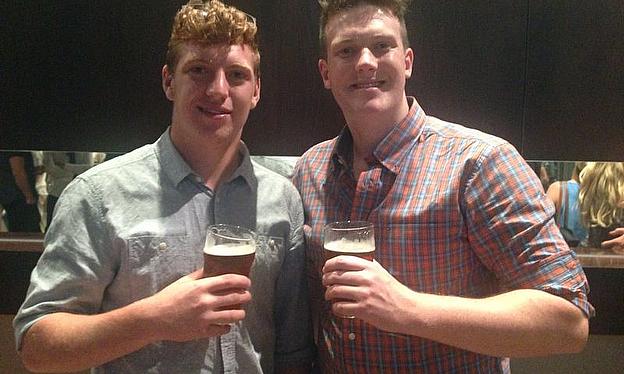