Slade, the answer to England's worries at 12 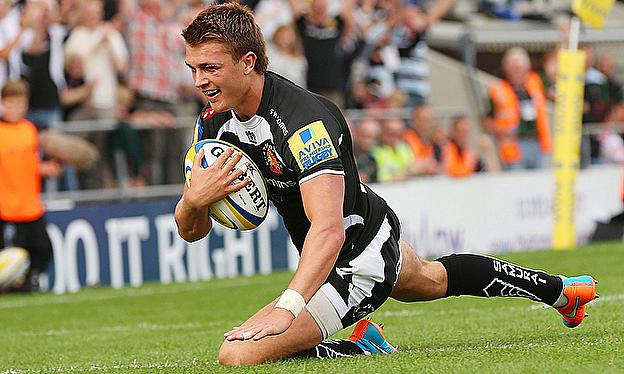 Is Henry Slade the key to England's centre partnership?
©PA

As England finished runners up once again in the RBS 6 Nations, questions are being asked of the selection. Ian Ritchie has slammed England’s fourth consecutive second place finish as ‘unaccepteable’ and once again questions are being asked of England’s center partnerships. Yes, Jonathon Joseph appears to have been the find of the 6 Nations, backing up his club form with an incredible 6 Nations. But the man outside him, Luther Burrell has come under the spotlight.

After a fantastic 2014 6 Nations the Saints centre has not found his spark on the international stage since his injury, and many are calling for Henry Slade to be given a chance in white shirt of England.

Much has been made of the importance of England’s success in this year’s World Cup. Development and investment in the game, through building grass roots rugby as well as commercial ventures such as Talking Rugby Union teaming up the RWC Shop, rely in some extent on this success.  However, this effort, it is feared, will suffer should England not reach the latter stages.

Drawn alongside Wales and Australia in the pool stages, Pool One sees three juggernauts of World Rugby go head-to-head and only two can qualify.

After coming second once more in 6 Nations the time may finally be nigh for Exeter Chiefs star Henry Slade to make his long awaited call up to international rugby.

Slade, who has represented his country at U20s and Saxons level as well as putting in an outstanding performance against the Barbarians last summer is yet to make his senior debut, despite being called into the training squad for the 6 Nations.

With his pace, vision, and versatility; being able to play at fly-half and centre, Slade is the real deal and has been tipped for international stardom for many years, no more so than in the South West.

A product of the Exeter Chiefs academy, he rose through the ranks in a star crop with the likes of Jack Nowell and Luke Cowan-Dickie. Now he runs the show at Sandy Park with the creativity and flair of a Super Rugby player.

Not the biggest, Slade backs his pace and footwork to unlock defenses rather than the route one approach so often taken in the Aviva Premiership.

Slade offers another dimension for England. Danny Cipriani, who was on the bench throughout the 6 Nations, is of a similar ilk, however question marks still remain after a history of off-pitch gallivants.

Slade brings the X-factor and imagination of Cipriani along with a maturity that should seem him flourish on the international stage.

As more pressure is mounted on Lancaster and Co. many will be hoping Slade finally gets given his chance. The World Cup is a big stage to make a gamble on such a player with such little senior international experience. But against sides such as Wales and Australia, Slade’s style of play would be perfectly suited to unlock them.

George Ford cemented his strangle hold on the England number 10 shirt with a stellar 6 Nations, and England certainly answered questions about their attacking pedigree against France. However, it took a 27 point target to show this attacking mentality and in the World Cup England will have to show this from the off of they are to match the Southern Hemisphere giants, and Slade is the man that can bring this mentality.