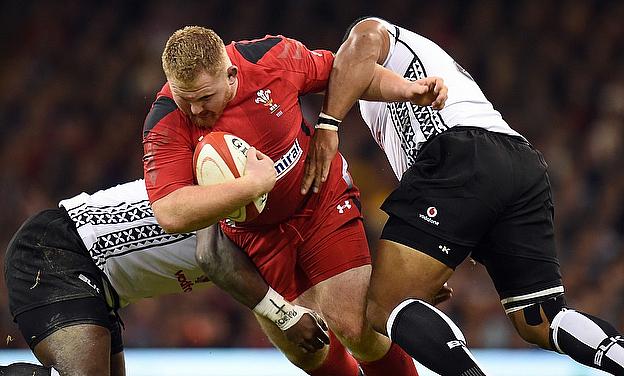 As we enter a World Cup year Mike Stanton takes a look at some of the best young players that could feature at the 2015 Rugby World Cup.

A player who burst onto the international scene last year was Wales prop Samson Lee, 22. The young Scarlets prop is quickly building a reputation as one of the finest props in the Northern Hemisphere, making his debut in Wales’ 40 – 6 win over Argentina in 2013.

His value to the Welsh side is clear to see, becoming one of the select few to be offered a national dual contract as part of ‘Gatland’s Law’.

Since his club debut in 2012 Lee has cemented his place in the Scarlets side, making 28 appearances in his debut season. He was also named in the 2013/14 RaboDirect PRO12 Dream Team and was part of the Wales U20 side at the U20 Six Nations and IRB Junior World Championships in 2012.

Wales have produced some of the finest props in the Northern Hemisphere, the likes of Gethin Jenkins and Adam Jones becoming staples of both Wales and Lions line-ups, and it seems they have unearthed another.

It is said that a quality prop is worth his weight in gold s props are often seen as the corner stone of any side. Without a decent prop you cant retain possession, put pressure on at scrum and lineout and, increasingly, they can add another dimension to attacking play as well as acting as battering rams from short range.

At 22 Wales are already looking to Lee to be the corner stone of the side as they head into 2015 and the World Cup. Devastating news for Wales fans then that their new golden boy has been diagnosed with a nerve problem picked up from a neck injury and he now facing a race against the clock to be fit for the Six Nations, one of six injuries picked up in the Scarlets squad in recent weeks, which could proved invaluable international experience ahead of the World Cup.

For years Wales have relied on the services of Adam Jones, however as scrummaging rules have changed Jones has struggled to be as devastating as he has been in the past. It seems Wales are looking for a change in direction, and Lee could be that change having forced his way in to the starting line-up over the last year.

As a result 2015 could be the year that Lee cements his place in the number three shirt. He has proven his quality, now he faces a test of his mental strength to over come injury and then he faces a battle to perform consistently at the highest level, a big ask for a 22 year old in a passion that is most certainly ‘at the coal face’ of international rugby.

The 2015 World Cup is one which the Welsh will be quietly confident going into it. Much has been made of the hosts, England’s, ‘home advantage’ and as the hosts they will have a target on their back. The 2015 World Cup, however, is hardly a long journey for Wales, and in fact they play a number of their games at their own home stadium in Cardiff. Wales have the pros of having a World Cup on their own door step without the cons of being the hosts and as wont have as much pressure on them as the England side who they will face in the pool stages.

Pool One features not only England and Wales but also Australia along with Fiji and Uruguay. Safe to say it is hardly an easy ride; although Wales will be confident of beating Uruguay Fiji will be one all sides will be weary of. Australia could be their biggest challenge, they have got results over England in recent years but safe to say have not had the best of luck against the Big Three from the Southern Hemisphere.

Out of the three you would imagine would being in contention to qualify though to the knock outs, only two can and for Wales, much of their hopes of qualifying will pinned other young prop Samson Lee for whom 2015 could be the year he becomes another Welsh prop to become household name around the rugby world.

The side so far: