The Pumas not so secret weapon 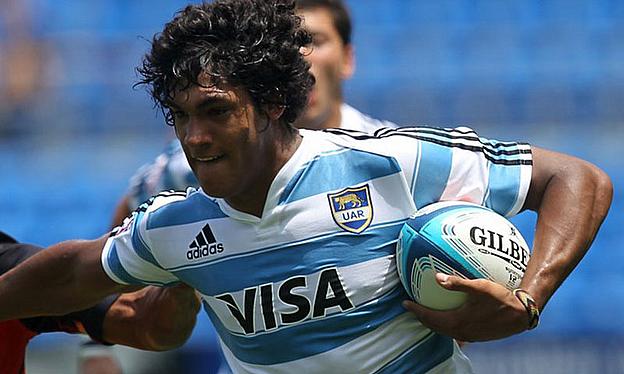 Many young players have put up their hands in the build up to the World Cup, and no youngster has built such a strong reputation for being an out and out finisher than Argentina’s Manuel Montero.

Montero burst onto the international scene in 2012, quickly establishing himself as one of the premier finishers in World Rugby. His first 12 games saw him pick up 11 tries, not a bad start to his international career.

Montero, 23, made his debut against Uruguay in May 2012 scoring a try in his debut as the Pumas went on to secure a 40 – 5 victory over their South American rivals.

A winger is, essentially, there to finish and few wingers in World Rugby can match his ratio with 14 tries in 20 matches. Recording a hat trick against Brazil in May 2012 and bagging four versus Uruguay in May last year is one thing. But Montero has also proved his scoring caliber against some of the biggest sides in rugby; chalking up tries against both Australia and South Africa in last year’s Rugby Championship.

At 6”4’ and the best part of 105kgs the Argentinian flyer is quickly becoming a crowd favorite, his tries becoming staples on ‘Best Tries of the Year’ videos on YouTube , his finishes against Ireland and Australia in particular (both 40m plus efforts) getting close to 40,000 views between them.

Chased by the Western Force following the departure of Nick Cummins to Japan, Montero is seen as a World Class finisher. Despite this attention from the franchise, he has signed with the new Argentinian Super Rugby side until 2017, the prospect of this year’s World Cup surely an influence.

Drawn alongside the All Blacks for the 2015 World Cup it is likely Argentina will qualify second from Pool C, favorites to beat Tonga, Georgia and Namibia. If this is the case they will face a quarter final play off with Ireland, something Jonny Sexton and Andrew Trimble will not be relishing as his a-for-mentioned try versus the Irish saw him leave the pair for dead.

Much has been made about the importance of the home nations reaching the latter stages of the World Cup. World Rugby CEO, Brett Gosper, has gone on record saying this, tying in the need for grounds to be ready and commercial partners announcing their activities, such as Talking Rugby Union teaming up with the Rugby World Cup shop, as there are fears that without home nations in the big games, some of the legacy of England 2015 could be lost. After all, the boom in sports following the London 2012 Olympics may not have been so great in Team GB hadn’t performed so well.

Montero is quite a large obstacle in the way of Ireland reaching these later stages, yes Ireland will be the favorites but with Montero in their arsenal, Argentina have the firepower to push the best to the limit.

We all remember the heroics of Argentina in Paris in the 2007 World Cup, the underdogs not only ruined Les Blues’ party on the opening night, but they went on to do the same in the Bronze Final. Now, with Montero offering a whole new dimension to their play, their inclusion in the Rugby Championship and their own Super Rugby side coming soon, the future of rugby in Argentina is looking bright.

Montero is quickly becoming the poster boy of this future, and now it is down to him to pull out all the stops on rugby’s biggest stage.