Fickou the future of French Flair 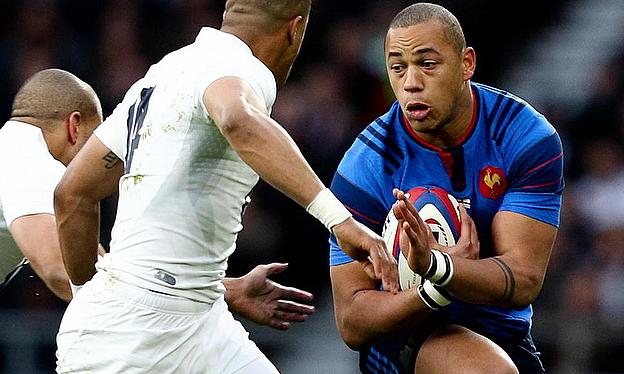 It is safe to say Les Blues haven’t had the best time of late. Winning just two games in this year’s 6 Nations leaving them languishing in fourth is simply not good enough for a national side that throughout history has been a formidable force.

France are, arguably, the most frustrating side in World Rugby. A constant battle between potential and performance ensues that often sees sub par performances tarnish the reputations of some of the most promising players around.

Upfront the current crop boasts a wealth of experience that many sides would be jealous of. The likes of Nicolas Mas and Thierry Dusatoir have more caps and been in more big games than many players have had hot dinners .

To match the physicality and guile upfront, there is the potential to have a world class backline. Wesely Fofana and co have the potential to rip any side apart if they would only put in some consistent performances.

Potential, potential, potential. A world that haunts Les Blues and rugby writers a-like as they try to avoid the ‘old French cliché’. But, try as we might the clichés around the French side are there for a reason. They are either world class, or atrocious. There seems to be no middle ground and often we see both sides in single 80 minutes from a squad full of the dreaded ‘p’ word, and that is what it rests on. Finding something to finally make it all click and turn that potential into a reality.

Gael Fickou may just be that man. The young center from Toulouse who broke English hearts in 2014 has a hint of the Serge Blanco about him.

An approach to the game that epitomizes all that is great in French rugby. Flair, skill and a ‘Joué’ attitude that is rarely seen in the modern game (excluding Joan Huget’s tap penalty on his own try line in the last play of the game and trailing by 20 plus points).

That is the French attitude that made Les Blues crowd favorites with their exuberant style of play that could strike fear into any side.

Fickou, 21, has pase to burn, a devilish step and the enthusiasm of youth. Not beaten black and blue by years of attritional style of play and hidings in the media that a lot of the rest of Les Blues have had to put up with in recent years; reducing them to be too scared to simply try things and often come onto the pitch looking nervous, pressured and fatigued.

The young centre has just 11 caps to his name and one try, but at club level he is one of the best in the Top 14 and iswidely tipped to be one of the greats.

With his pace, skill and flair Saint Andre should trust the young man come the World Cup. Th French coach’s favorites, quite simply, haven’t delivered. The likes of Mathieu Bastareaud, who have promised so much yet offered so little on the international stage, should be put aside to allow some fresh blood and a fresh approach to try to light up the French side.

The 2015 6 Nations should hopefully be a wake up call for French rugby, the time to force a change and give a player like Fickou an opportunity to make a lasting impression and not just play a bit-part in the French Side.

Drawn against Ireland, Italy, Canda and Romania in Pool D they face a tough challenge to qualify. Italy will know them inside out and all though the French will be favorites Italy have pulled results against them before. Ireland, back-to-back 6 Nations Champions, also offer a stern test but these are the sort of games that a player like Fickou needs to have a chance of impressing.

With Fickou lining up in the French midfield ‘Les Blues’ could once again rise to the top of World Rugby, and the 2015 World Cup has to be the time to give him his chance. The tried and tested formulas for France aren’t working, Fickou is the chance to set the record straight and remind us all why we love ‘Les Blues’.