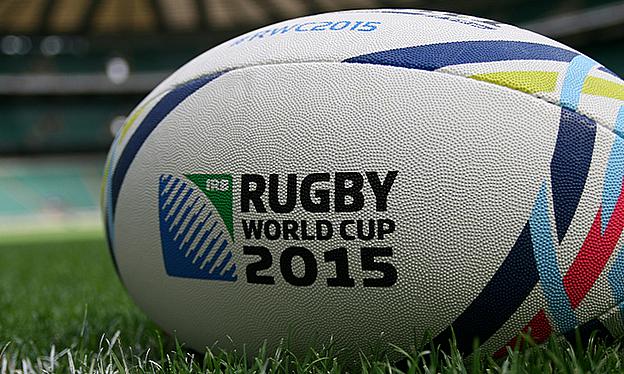 There are now less than 200 days to go until World Rugby has it’s biggest celebration to date. England 2015 is set to be the biggest, highest attended and arguably most competitive Rugby World Cup to date.

As the event draws ever closer, more and more players are putting their hands up for selection. England is slowly getting gripped in a World Cup fever, and rightly so. It is not every day rugby’s biggest party comes to town.

The same conversations have been filling living rooms, clubhouses and pubs up and down the country. ‘What will the team be?’ ‘Will Armitage have a spot?’ And the all time favourite; ‘What would be the ‘flair-est’ possible side.’

Over the last 15 weeks I have searched for the best young players for whom the 2015 Rugby World Cup could be their coming of age moment in international rugby.

Most of these players are tried and tested at club level, but are yet to really, apart from Handre Pollard, stamp their authority on the international set up.

Some have none, some at most have a handful of, international caps. From the players like Will Skelton and Sampson Lee who are on the tip of every rugby follower’s tongue, to the less well known Seabelo Senatla or Tyler Ardon. This ‘Dream XV’ of sorts features some of the brightest young talents in World Rugby who are on the cusp of rugby royalty. All they need is one chance to show what they have, so why not have it when the World’s sporting attention turns to rugby.

The front row sees Argentina’s Lucas Noguera Paz, a player quickly becoming a stable in the Pumas’ line-up, pack down along side All Black Nathan Harris and the player many Welsh fans are pinning their hopes on; Sampson Lee. That is along as he makes it to the World Cup fit and ready to go that is.

In the engine room, Australia’s man mountain Will Skelton lines up alongside George Kruis, a player who seized his opportunity when injury struck the ranks of the Red Rose.

One of Australia’s brightest young prospects in Sean McMahon wears the six jersey in this team, with Scotland’s Blair Cowan at seven. Maybe not the youngest in terms of years but certainly in international experience. Having said this, the Tartan Kiwi is quickly building a reputation as one of the masters of the dark arts of rugby. Canada’s captain, and the captain of this side, Tyler Ardron comes in at number eight.

In the half backs, one of the 2015 6 Nations stand out performers in Edorado Gori of the Azzurri starts at nine with arguably the best young player in the world outside him in South Africa’s Handre Pollard.

Perhaps a lightweight centre partnership but one that oozes speed, skill and class sees Gael Fickou line-up outside Henry Slade, a player who has been waiting in the wings for some time now.

If the centres lack in size, the wingers more than make up for it. Manuel Montero of Argentina, who has one of the most impressive tries-to-game ratios on one wing, with Blitzbokka and Stormers flyer Seabelo Senatla on the other.

And at full-back, an All Black who has dominated rugby headlines in recent weeks. Charles Piutau who has put his international career in jeopardy at its infancy by signing for Ulster is certainly a player Steve Hansen will be gutted to see leaving.

So there it is. A Dream XV made up of World Rugby’s brightest youngsters. However, in less than 200 days time, four years of speculation will be put to bed as rugby’s greatest players go toe-to-toe over 1 month and 13 days, 1,032 hours, 61,920 minutes or 3,715,200 glorious seconds of Rugby World Cup action. And I personally cannot wait