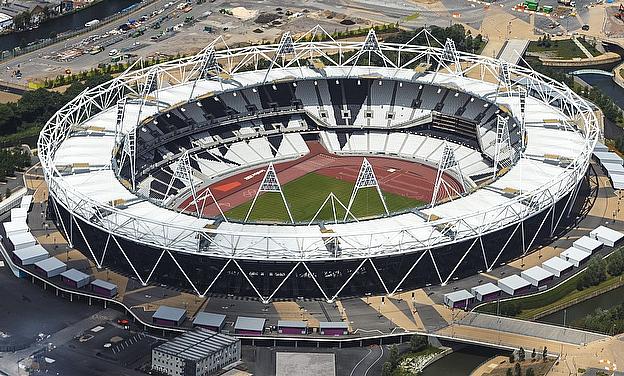 Rising Rebel: 2015 is the time for McMahon to cement his place as a Wallaby
Can the Rugby World Cup provide any shocks?
Australia's Sleeping Giant
Samson Lee: young pretender ready for RWC 2015

The Barbarians will entertain Samoa in the first-ever rugby union match at London's Olympic Stadium in August.

Fabled invitational team the Barbarians have bolstered their 125th anniversary year once more by taking part in dummy-run for the World Cup venue, on August 29.

New Zealand, Ireland and South Africa will all turn out at the Olympic Stadium as the Stratford ground hosts five World Cup matches, including the third-place play-off.

Samoa will complete their World Cup warm-up schedule by facing the Barbarians, who have already lined up high-profile clashes with Ireland, England and Argentina.

"It is a significant honour to take part in the first rugby match at the Olympic Stadium," said Barbarians president Micky Steele-Bodger.

"The match should be a great spectacle for supporters and we hope to light up the stadium with the Barbarians brand of rugby in our first match against Samoa."

Samoa will open their World Cup campaign against the USA at Brighton's Amex Stadium on September 20, before also facing South Africa, Scotland and Japan in Pool B.

"It is a great privilege for the Samoan Rugby Union to play the Barbarians in the run-up to Rugby World Cup 2015," said Samoa coach Stephen Betham.

"Not only will it be our first-ever match against the Baa-Baas, but at the Olympic Stadium too, it will certainly be a historical moment for us.

"The attacking flair of Barbarians rugby will be a good test for us to measure where we are at in our preparations for Rugby World Cup 2015.

"The game will allow us to test our attack, defensive systems and final combinations, and is the ideal final dress rehearsal for Manu Samoa's Rugby World Cup 2015 campaign."

England Rugby 2015 chief executive Debbie Jevans said it is vital all the World Cup grounds are rigorously prepared for the tournament.

"We are delighted to add the Barbarians-Samoa match at the Olympic Stadium to our testing programme," said Jevans.

"As tournament organisers it is important that we stress test all our plans to ensure that we are fully prepared to deliver the tournament and we are pleased to be part of the first-ever rugby match at the Olympic Stadium."