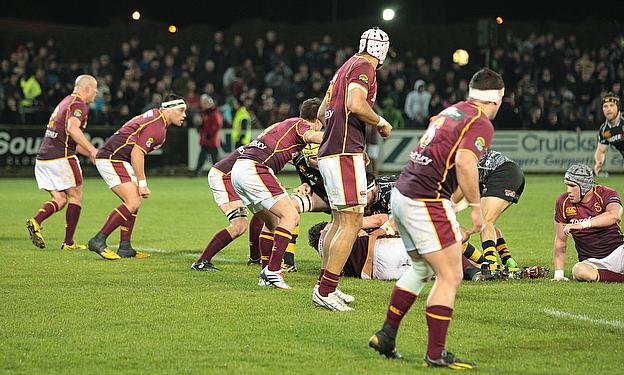 Previously unbeaten Canterbury fall twice in one week to North Harbour and Southland.

The seventh round of the ITM Cup was entertaining from the first to the last games which saw the top-dogs Canterbury lose to two struggling ITM Cup Championship sides North Harbour and Southland.

As ever, Talking Rugby Union’s southern hemisphere correspondent Scott Donaldson was keeping a close eye over all of the weekend’s action…

There were three upsets this round with almost everyone expecting Canterbury to beat North Harbour and Southland, while North Harbour's other win over Hawke's Bay also came as a surprise - maybe the Ranfurly Shield is a curse at times!

All of the other results went according to plan, although not many people picked Counties to beat Wellington by so much.

Five of the week’s games were won by within seven points which makes for a closer than usual round given that the average winning margin in the ITM Cup 2014 was more than 15 points.

The weekend’s results were as follows:

1) So, who would have guessed which team would have beaten Canterbury this week, North Harbour or Southland? Never mind both!

2) What has happened to Canterbury? They were looking unbeatable and now all of a sudden they are sitting third.

3) Is having the double round a good or bad thing? It means that tipsters who do their picks for the entire week would have picked Canterbury to win both matches convincingly, despite the cracks appearing in the North Harbour match.

North Harbour, like Tasman, Manawatu and Taranaki, thrived on having two games and won them both to push into contention in the ITM Cup Championship.

5) Is it actually better to not have the Ranfurly Shield? Hawke's Bay have struggled away from home, so it can be difficult winning both the ITM Cup and retaining the famed prize.

6) How is this for a turnaround? Southland lost to Canterbury 82-0 last time they played in Christchurch, although interestingly, the Stags have also experienced success in Christchurch in 2009 and 2011, winning the Ranfurly Shield twice.

7) Will Wellington really get relegated? It is crazy to think that Wellington have lost every game this season after being one of the best teams in recent times. They were thumped by nearest rivals Counties Manukau at the weekend.

8) Has Willi Heinz discovered the ultimate way to get a good result when the other team looks like winning? The Stags had possession and just needed to hold on to the ball for a minute when Willi Heinz went down with what looked like a bad leg injury.

The referee stopped the game and had to reset it with a scrum. The Canterbury scrum dominated the Southland scrum and got a penalty which Canterbury then missed. There was a sense of justice in Southland winning, although I wonder if some teams makes fake a serious injury in the dying seconds in the future. Heinz looked genuinely injured, but it isn't a bad tactic.

9) We have seen Dan Carter in the ITM Cup, but will Sonny Bill Williams play for Counties Manukau in the ITM Cup this season now that the Roosters are out of the NRL?

10) The demise of Canterbury has actually been exciting for the competition. Who are you now picking to win the ITM Cup Premiership and Championship? Both competitions have been blown wide open after the results this weekend.