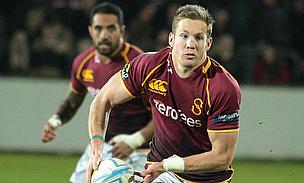 No sooner has the last round finished the next one is already upon us. Rugby in the southern hemisphere is racing along as the fifth round of the ITM Cup is already poised ready to begin.

Will the Canterbury express continue their winning ways, having not yet lost a game and at the other end of the spectrum will Wellington finally manage to pick themselves up from the pits of the ITM Premiership and get that all-important first win on the board.

Moving over to the Championship competition, where some of the most exciting rugby this year has been played, it is all tight at the top! Just a point separates Manawatu and Northland, while both Otago and Hawke’s Bay are hot on their heels.

Talking Rugby Union’s man ‘Down Under’, Scott Donaldson, brings you all the latest reaction and results from the ITM Cup:

The fifth round of the competition starts on Wednesday with the Championship’s Otago and Northland facing off against each other.  Both of these teams have a double round and so it is difficult to know how they will go out the other end of the round, but it seems that most teams enjoy the momentum.

Last round Manawatu enjoyed two wins, while Taranaki left many punters looking like fools with two massive wins in round three, but many people didn’t know if they were able to do it twice in the one week.

Round 4 of the ITM Cup was full of closer games than the earlier rounds with six out of eight teams getting bonus points for finishing within seven points. There were seven out of eight wins for home teams, interestingly.

The standard and play of the ITM Cup seems to be a lot more settled; however, will it continue?

There are some other exciting matches with traditional rivals Canterbury and Wellington playing, although given Wellington’s bad form, this game may not be as close as originally anticipated.

Tasman and Taranaki are two form teams in the ITM Cup Premiership and their match will be exciting, while Waikato and Counties will play in an interesting derby game given how bad both of them have been in this year’s competition.

The biggest win of the round could be Auckland against Bay of Plenty in a day game.  Northland goes on a southern tour playing Otago and Southland.  Remember that Otago may rest some players as they have their Ranfurly Shield challenge against Hawke’s Bay later in the round.  Manawatu and Southland should win against their ITM Cup Championship opponents.

The home teams have now won more than 50 percent after last weekend, while the average winning margins keep dropping.  This makes for more exciting matches!

There is usually at least one ITM Cup upset each round, which game are you picking?

One potential shock result could be Northland over Otago with Otago potentially looking to their Ranfurly Shield game.

The Waikato vs Counties, Hawke’s Bay vs Otago and Tasman vs Taranaki games are probably the toughest to pick.

My Picks for Round 5: