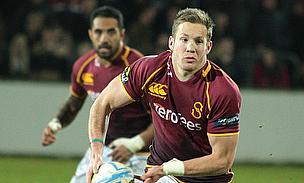 The third round of the 2014 ITM Cup saw the star-studded Hawke's Bay Magpies win the Ranfurly Shield off Counties Manukau Steelers – not bad for an ITM Cup Championship team! Three rounds is now long enough to get a gauge on the relative quality of teams…

Taranaki have suddenly sprung into life with two massive wins, although both Waikato and Bay of Plenty have been disappointing this season.

Losing the Ranfurly Shield might actually be a blessing for Counties Manukau as it seems to have inspired their opponents and made things harder for them.

Waikato and Wellington have been disappointing. Their inexperienced squads just don't seem to be clicking which is disturbing after both of these teams lost disappointingly in ITM Cup Round 3.

How are Hurricanes fans feeling knowing that the Wellington ITM Cup team coach will be involved with the Hurricanes Super Rugby campaign in 2015.

I am amazed at how many quality players are in this Hawke's Bay and the Taranaki teams, yet they both fit under the salary cap.

Otago took Southland on at their own game when beating them in Invercargill. The dewy conditions weren't handled well by the Stags who have now adopted a more open style of play.

Hayden Parker outplayed Lima Sopoaga and was on fire with his kicking for territory. Southland had more experience in their pack, yet Otago's unheralded team went back to basics and were deserved winners against the Stags.

Otago now get a Ranfurly Shield challenge, while the Stags who should still make the semi-finals.

Manawatu upset the disappointing Wellington Lions and should have a good shot at making the semi-finals ahead of Northland, North Harbour and Bay of Plenty.

Hawke's Bay and Otago would actually be at home in the ITM Cup Premiership based on their performances so far, but they aren't.

Which teams are hot and not in your opinion?