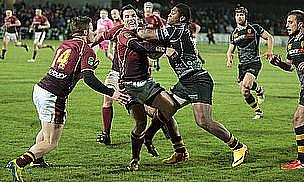 What does ITM Cup form mean for Super Rugby 2015?

The ITM Cup 2014 is over, but it is interesting to take note of what ITM Cup form means for Super Rugby 2015?

Interestingly it was the smaller provinces like Taranaki and Tasman who dominated the ITM Cup Premiership, but does it really mean anything come 2015?

What was great was the emergence of plenty of first five eighths which has been a problem area in the past.

The way that contracts are administered now has tipped the balance towards the smaller provinces rather than the Super Rugby franchise hosts.  Players no longer have to leave their home province to play Super Rugby and you get the situations where for example Tasman has more players in the Highlanders and Chiefs combined despite being in the Crusaders franchise area.  It does make it confusing for fans though.

As a Southland and Highlanders fan in the past it would have been incredibly concerning that Southland finished fourth in the ITM Cup Championship or 11th overall and Otago finished 13th.  This means that there will only be a small handful of local players in the Highlanders.  In Southland's case, they will probably have as many in other teams as they do in Highlanders colours.  Ironically, they made the playoffs last season on the back of players from other regions.

The Crusaders franchise did well with Tasman 2nd and Canterbury 3rd doing well in the Premiership.  Ironically, most of the Tasman players who get Super Rugby contracts will be playing for other franchises rather than the Crusaders.

While the coach will be the same for the Hurricanes as was the case for the Wellington Lions, they can at least call upon some Hawke's Bay and Manawatu players to bolster their squad for Super Rugby.  They have a history of neglecting their smaller unions, but 2015 could be a chance to change that.

Waikato has done poorly over the past few seasons, but the Chiefs have done well in Super Rugby.  They can call upon the new ITM Cup champions Taranaki, along with the fast finishing Counties Manukau players.  Both Bay of Plenty and Waikato players hardly set the ITM Cup alight.

Can we read much into ITM Cup form for Super Rugby 2015?  While we will see some new faces from ITM Cup teams get an opportunity at Super Rugby level, the way contracts have changed, there is little relationship between the two competitions now.  There are also very few top All Blacks in ITM Cup, while they are regular starters in Super Rugby.  This means that teams like the Hurricanes, Chiefs and Crusaders especially are stronger than their ITM Cup form would suggest.