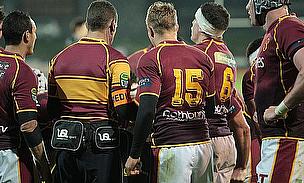 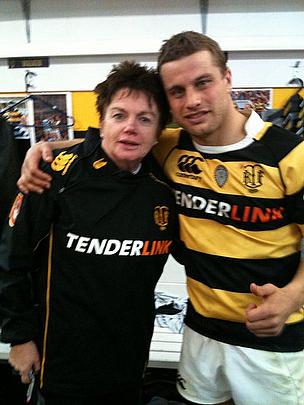 All smiles as Taranaki took the title this year
©TalkingRugbyUnion

The ITM Cup 2014 is over with the home teams and neighbouring provinces Manawatu and Taranaki taking out the ITM Cup Championship and Premiership titles respectively.

Quite frankly, the Taranaki victory in the ITM Cup Premiership for the first time has breathed a new lease of life into the competition after breaking the dominance of the major unions over the past three decades.

The smaller provinces actually embrace everything that is great about ITM Cup rugby. It is usually the only ticket in town and prices tend to be lower.

How great was it to see the crowd spilling onto the ground at the end of the game which was played in-front of a full house? I hate to think how many people would have shown up to Eden Park or Westpac Stadium in Wellington if they were hosting the final? It was also great to see Tasman make the final too in their first season in the ITM Cup Premiership.

The victories for both Manawatu and Taranaki at home were largely predicted by SuperBru tipsters, although the Taranaki vs Tasman game split the punters a little bit more with 74 per cent predicting it.

The margins were both relatively small, which makes for a change in ITM Cup finals where there is usually at least one comfortable margin.

Both finals were similar games with the home teams making the most of their opportunities and eventually dominating enough to win. There was some luck involved with long range turnover tries, but if you put enough pressure on your opponents, these sometimes come your way!

Here is how Super Rugby Tips rated the performances of all 14 ITM Cup teams based on preseason predictions; do you agree?

Taranaki are usually battlers and winning the ITM Cup Premiership is huge for this proud province.

Tasman also punched above their weight given how it was their first season in the ITM Cup Premiership.

Manawatu Turbos had some of the most passionate fans and they help to spur their team on to victory in the ITM Cup Championship. It must be realised that this Manawatu team is mainly made up of local non-Super Rugby players.

Northland were predicted to finish at the bottom of the ITM Cup Championship, but they improved to finish third and lose in the semi-finals. This was a top effort from a team of mainly no names.

Canterbury - It was supposed to be a lay down misere that Canterbury would win the ITM Cup Premiership again. They finished the season poorly after a great start and finished third.  It still wasn't a bad effort, but not good by Canterbury's high standards.

Counties Manukau - The Steelers took a while to recover from the Ranfurly Shield curse which saw them struggle early in the season. They were impressive with big wins over Wellington and Auckland , while they drew away against the eventual winners Taranaki and beat finalists Tasman away, so there is plenty to be proud of for Steelers fans. They did make the semi-finals in 2013 and finished fifth in 2014, so they can be pleased with their efforts.

Southland - The Stags brought a new coach and a new style to ITM Cup 2014, but they only made the semi-finals again. They are making a habit of not deliverying consistent results after showing some good potential in some matches.

Wellington - Yes, Wellington is cold, both the weather and their performance in the ITM Cup 2014.  Southland fans were glad they beat North Harbour, but that was their only win all season.

Lima Sopoaga would have been glad he left a sinking ship. To be fair they struggled with injuries, but for one of New Zealand's largest provinces, being relegated to the ITM Cup Championship is a concern. Don't worry Hurricanes fans, you have Hawke's Bay and Manawatu to prop up the Hurricanes franchise.

Waikato - It is amazing how the Chiefs remains so strong while Waikato are weak for the second season in a row. The Mooloos have a very inexperienced squad and it showed with their results.

Bay of Plenty - The Steamers struggled in ITM Cup 2014, especially after being relegated from the ITM Cup Premiership last season. Most people gave them a shot at the semis going into the season, they finished last.