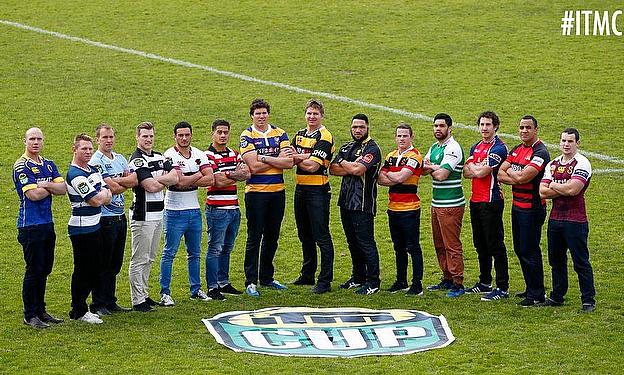 It's ITM Final weekend - who are you backing?
©ITM Cup

Nice cup of tea and armchair rugby courtesy of Sky Sports Rugby and Wolf Blass Wines. That was our morning start here in the UK offices of Talking Rugby Union. Rugby Union Fans have never had it so good!

The ITM Cup Premiership and Championship 2014 finals are underway and we have seen 14 teams in action over 73 matches.

Interestingly in this competition, four of the 14 teams will be playing this weekend, and they are all provinces rather than the usual big city teams. Taranaki and Tasman eliminated Auckland and Canterbury, leaving two of the traditional minnows to play in the final of the ITM Cup Premiership for the first time.

The entire ITM Cup 2014 has seen the provinces dominate with bigger unions like Wellington, Waikato, Otago, Bay of Plenty and North Harbour all missing out on the semi-finals in their divisions.

This weekend will be more interesting than usual when you consider that usually at least one of the finals is generally considered one sided with Canterbury usually doing the business. Therefore, don’t be surprised if both games are close this year as the teams in both games are hard to separate.

This makes it more likely that both games will be tighter than the finals usually are.  Given that the average winning margin during the regular season was 15-16 points, it was refreshing to see three tight semi-finals and in some ways satisfying to see Canterbury lose by 20 points, if only to add a lack of predictability to the competition.

When it comes to making your picks for the finals, plenty will depend on where you are sitting on the table. If you are winning then playing it safe with both home teams is a respectable way to go, but I am picking one away victory.

These two teams are Central Vikings teams (remember that?) at least one of them will get promoted this time for sure if they win on Friday night. Despite having more big names and plenty of imported players, Hawke’s Bay have struggled away from home in 2014.

They were thrashed last time they played Manawatu 29-3, but now that the Ranfurly Shield is safely locked away, will their away form improve? Well the answer was that Hawke's Bay lost. On the back of a five game winning streak, Manawatu were able to continue the form and take the spoils.

A win for Manawatu is a huge boost with their team of largely home grown players. They aren’t flashy, but they are tough and uncompromising and deserved the win.

So let's see what the prospects are for part 2 with our man in New Zealand, Scott Donaldson.

In the other match, Taranaki hosts Tasman in an exciting ITM Cup Premiership final. It is the first time either of these teams has made the final and there will be plenty of nerves. Thanks to low ticket prices expect a sold out stadium for this match.

Taranaki is a team with the highest percentage of imports in the competition, but it has worked for them so far.  There is a major concern though.

In their past two games they have let the opposition back into the match after running out early leaders. They did it with Canterbury and lost, while they also did it with Auckland which required extra-time which may have hurt some of their players.

Tasman on the other hand beat Canterbury by 20 points and I think they have better form heading into this match. It is amazing to think that Tasman was struggling financially a few seasons ago and now they are ITM Cup Premiership finalists with a swagger of Super Rugby players.

There aren’t usually many upsets in the semi-finals or finals, but there are usually some big margins, so that is something to consider. Although what is an upset? This season it is so hard to tell, but Manawatu and Tasman are slight favourites, but it isn’t clear cut.