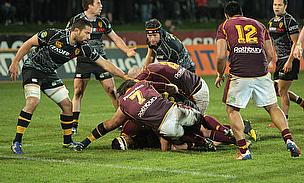 The fourth round of the ITM Cup starts on Wednesday with Championship sides Manawatu and Bay of Plenty playing each other. Both of these teams have a double round and so it is difficult to know how they will go out the other end of the round.

We will preview their second games of the round in Part Two. Last week Taranaki left many punters looking like fools with two massive wins in the third round of the ITM Cup, but many people didn’t know if they were able to do it twice in the one round.

There are some other exciting matches with traditional rivals Auckland and Wellington playing; although given Wellington’s bad form, this game may not be as close as originally anticipated.

Otago has a second derby game in a row, this time against the impressive Canterbury. Tasman and Taranaki should record comfortable home wins against Waikato and Southland.

The margins in ITM Cup rugby have been large, so these two margins could be bigger than expected. Both Tasman and Taranaki are suddenly in the running for the semi-finals with other Premiership teams like Waikato, Wellington and Counties-Manukau struggling.

I love the Taranaki vs Southland teams as they previously played a forward orientated style, but both have modernised their style of play.  Traditionally this is the cow vs sheep farming areas.

Not only will the resting and rotating of players start in earnest this round as teams balance consistency of selection.

Expect comfortable wins for Taranaki, Tasman, Auckland and Canterbury, while Manawatu should almost confirm a semi-finals spot in the ITM Cup Championship with a win over the disappointing Bay of Plenty.

It will be interesting to see if Hawke’s Bay can recover from the Ranfurly Shield hangover against Northland.

Super Rugby Tips Picks For Round 4: