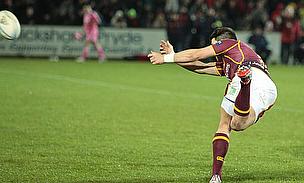 The ITM Cup round 8 Review

What a Mickey Mouse weekend of ITM Cup 2014 with the narrowest winning margin being a 24-10 win for Counties Manukau over Southland in the cold Invercargill.  The average winning margin was 24 points, while Canterbury got thrashed at home by the Tasman Makos, while the Magpies showed that they are strong at home, but terrible on the road.

The Ranfurly Shield has a double edged sword.  Apart from the Stags and Canterbury, only Wellington lost at home (again)!  There were comfortable home wins for Hawke's Bay, Auckland, Northland, Bay of Plenty and Manawatu.  All this suggests that big margins are order of the day for ITM Cup Round 9.

The home win for Bay of Plenty over Otago was the upset of the round, with away wins for Counties and Tasman also not heavily predicted by tipsters.  People thought the cold weather would get the Stags across the line!  Canterbury have shown that you can start strongly, but ITM Cup is a long competition and you want to be peaking at the business end.

The ITM Cup Premiership race could take an even greater twist if Taranaki can beat Canterbury, leaving Canterbury going from heroes to zeros in the space of two weeks.  They should still be safe in the semi finals, but they will have to travel to the rugby strongholds of New Plymouth or Nelson for the semi-finals!  It is a crazy competition this year with Wellington finishing last by miles.