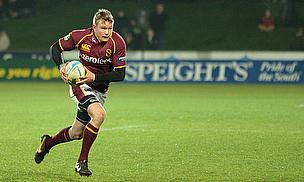 The third round of the ITM Cup started on Wednesday with traditional farming foes and now Chiefs franchise partners Waikato hosting Taranaki.

Both of these teams have a double round and so it is difficult to know how they will go out the other end of the round when they both play very winnable matches against ITM Cup Championship teams and how much rest and rotation is needed.

However, it was the visiting Taranaki who dominated proceedings with a crushing 46-17 victory.

Elsewhere there are some other exciting matches with Counties Manukau putting the Ranfurly Shield on the line against the team they won it off in Hawke’s Bay, while traditional Highlanders partners Southland and Otago clashing in the longest running rivalry in New Zealand rugby, yes ITM Cup is tribal.

The Canterbury juggernaut should continue when they host Northland. It will also be interesting to see when the real Wellington will show up after two disappointing defeats.

I’m really looking forward to the final game of the round featuring Auckland and the improving Tasman which will be tough one to pick.

Not only will the resting and rotating of players start in earnest this round as teams balance consistency of selection, but there will be ten All Blacks filtered into the competition with teams like Auckland, Wellington, Canterbury and Waikato being boosted the most – assuming the return of players isn’t disruptive.

The ITM Cup Round 2 starts with traditional dairy farming and now Chiefs franchise partners Waikato and Taranaki meet in Hamilton.  This match is crucial as both of these teams were expected to struggle in 2014 and so a win here is vital in the plight of avoiding relegation.

Both of these sides are playing two games this round so might rotate some players for this game.  It will be interesting to see how the McKenzie brothers go at first five eighth although Damian will start on the bench for Waikato, while veteran former All Black Marty Holah will captain Waikato.

It’s interesting seeing the up and coming players along with veterans returning from playing overseas. Waikato should squeak in at home in this match but while Taranaki haven’t won a game yet, they have been tough to beat.

Scott Razor Robertson the Canterbury coach has made 12 changes to his team including the return of Colin Slade in the Number 10 jersey to face Northland.

Canterbury are un-backable at the bookies for this match as they are top team in the ITM Cup Premiership against one of the usual bunnies in the ITM Cup Championship, but this game could be dangerous for the Canterbury side.

Canterbury should win well, but Northland has some class in Cam Eyre, Dan Pryor and their Fijian outside backs and did thrash Wellington last week.  It is hard being hot favourites as Canterbury are, but Canterbury should still have too much for Northland.

Elsewhere Wellington are struggling with injuries in this year’s ITM Cup with two straight losses, but surely they will have too much class for Manawatu when they host them in the third round.

Both teams suffered big losses last week. This game is a mini Hurricanes trial and Manawatu has shown some life with their opening win over Northland, who then thrashed Wellington, so it is hard to know how much to read into past results.

On paper Wellington should still have too much firepower for Manawatu, but the scoreline will be closer than originally anticipated. Despite the margins being big this season, it is hard to know if this Wellington team can post an impressive win. They really miss Lima Sopoaga in the Number 10 jersey.

Hawke’s Bay just beat Taranaki last week, after being humbled by Tasman in Round 1. This should be another tight Ranfurly Shield challenge which the Steelers should win, but they will need to improve if they are to retain it.

The Southland Stags host Otago in the longest rivalry in New Zealand provincial rugby history with the 240th match between these two teams set to be a beauty.

The Stags have won both of their games in 2014 and their new recruit Lima Sopoaga holds the key to the Stags success against their northern neighbours.

On paper, the Stags still have more big names especially in the forwards, but through the coaching of Tony Brown, the Otago team has been impressive in recent seasons.  This game will be close, the Stags should sneak the win on the back of their home advantage.

It will be interesting to see how well Waikato bounce back from their mid-week game against Taranaki as they play North Harbour.

North Harbour haven’t won a game yet, but they do have a sprinkling of quality players to keep Waikato honest, but Waikato could be stuffed after their mid- week game.  They may rotate their squad for North Harbour.  I am picking Waikato to win, but Harbour will put up a fight at home.

Taranaki will face their second game of ITM Cup Round 3 when they host Bay of Plenty. These cross over games a crucial for the ITM Cup Premiership teams especially if they want to avoid relegation like what Taranaki are trying to do.

Taranaki have been unlucky to not win yet, but they should be too strong for Bay of Plenty who are lacking the stars in 2014.

Auckland vs Tasman is one of the highlights of ITM Cup Round 3.  Tasman has been impressive in ITM Cup 2014, but Auckland will be boosted by the return of their All Blacks squad members.

Eden Park is a tough place to win for away teams.  Tasman has a squad full of Super Rugby players and have been in great form, but this will be the true litmus test for the newest team in the ITM Cup Premiership.

Who are you picking to win ITM Cup Round 3 matches?