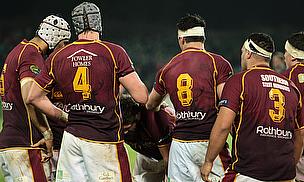 The second round of the ITM Cup saw plenty of spectacular tries, with half the games being close and the other half ending with lopsided margins of victory in the end.

Because the All Blacks played at night time, it meant that most ITM Cup Round 2 games were played during the day and this lead to some high-scoring fixtures and margins with Canterbury and Tasman posting half centuries, while Northland scored the upset of the round by thrashing Wellington 35-5. Auckland posted the other large win with a 35-7 win over Manawatu.

There was a lack of middle range margins in this round with Southland, Hawke's Bay and Counties Mankau securing exciting close wins by margins of three or four points.

In round two the margins ranged from 3-4 points and from 28-31 points. Interestingly, the margin of four points happened twice while there were two 28 point wins in the Sunday afternoon games.

All this means is that tipsters don't have to pick upsets with the Northland win over Wellington and Hawke's Bay win over Taranaki being the only upsets of the round, picking large margins can also reap rewards.

The home teams won only three out of seven matches – maybe that is what confused some tipsters.  Early season matches can also be difficult as it is hard to know the relative strengths and form of the teams.

It will be interesting to see how the ten All Blacks released to play in the ITM Cup will influence their teams in the third round.

Which teams are impressing you in the ITM Cup this year?

Wellington have been disappointing, but I think Tasman could be the main threat to Canterbury in the Premiership. Auckland, Waikato and Counties are the other teams in contention.

In the ITM Cup Championship it looks like Hawke's Bay, Otago and Southland will make the semi-finals with the other teams battling it out for fourth.