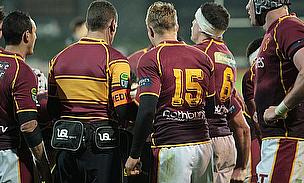 What did the opening round of the ITM Cup 2014 tell you?
©Scott Donaldson

The build up to the ITM caused our correspondent, Scott Donaldson, great excitement before the weekend. How was he feeling Monday morning? What sort of rugby had been delivered?

Here Scott gives his thoughts to TalkingRugbyUnion about the weekend's rugby fare.

The ITM Cup 2014 started with a dour encounter between Taranaki and Counties Manukau which shows that there is definitely a gap in quality between ITM Cup, Super Rugby and international rugby.

There were some more lively games as the weekend progressed with Canterbury showing that they will be difficult to beat with a huge win over Auckland, while some other teams to impress were Southland, Otago, Waikato and Tasman, while the Manawatu last gasp win over Northland made for the most exciting team of the competition.

Is the ITM Cup still relevant? I love the ITM Cup, but the standard is far lower than Super Rugby and International Rugby. It is the Commonwealth Games of rugby where it is still entertaining, even if it is more of a developmental competition.

The ITM Cup Premiership Canterbury have one hand on the trophy already with a massive win over main rival Auckland. Given that Canterbury lost experienced players and All Blacks in the off season, most people thought they might struggle, but alas, they completed dominated Auckland.

Given how Wellington has an injury crisis and lost to Waikato in Wellington, it looks like neither Wellington nor Auckland will be able to beat Canterbury. This leaves Waikato who look like a rejuvenated young team with the experienced Marty Holah in the squad, Ranfurly Shield holders Counties Manukau who only drew with Taranaki and Tasman who easily beat a good Hawkes Bay team as the main threats. I am picking Tasman to make the semi finals in 2014.

The ITM Cup Championship favourites Hawkes Bay lost easily to Tasman and it will be interesting to see if it was because Premiership team Tasman was good or if Championship team Hawkes Bay were bad.

The Highlanders franchise teams Otago and Southland scored some nice tries in their matches and now look like the threats for the title. Manawatu beat Northland in a tight game and are probably going to avoid the wooden spoon now and challenge Bay of Plenty and North Harbour for the fourth semi final spot.

In the Super Bru tipping competition, the wins for Southland, Otago, Tasman and Canterbury were largely predicted by more than 70 per cent of tipsters. The margins were also larger than most people anticipated, especially Canterbury's win over Auckland.

There was one insane upset with the Taranaki vs Counties draw, while the Waikato win over Wellington was picked by less than a quarter of tipsters. The Manawatu win over Northland was only picked by 50 per cent of tipsters.