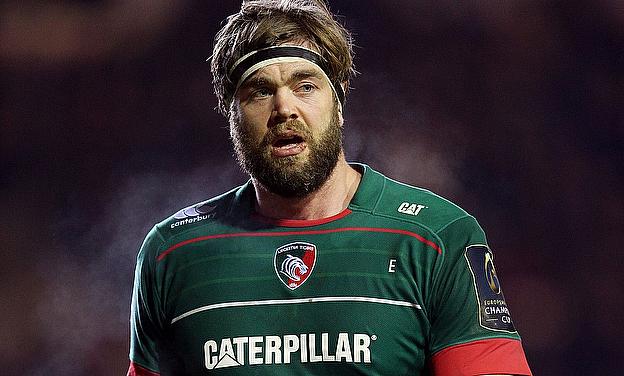 Geoff Parling will join Exeter in the summer
©PA

England forward Geoff Parling will join Exeter in the summer on a two-year deal, the Aviva Premiership club have announced.

The 31-year-old will leave Leicester after six years at Welford Road which saw him win two Premiership titles and earn three caps for the British and Irish Lions against Australia in 2013.

In an impressive double coup for the Chiefs, they have also secured the services of winger Olly Woodburn from Premiership rivals Bath on a two-year deal.

"During our time in the Premiership we've slowly looked to add quality and experience to the squad," Chiefs head coach Rob Baxter told the club's official website.

"Sometimes that happens by developing and working with your own players and them improving over time in the Premiership and Heineken Cup, but at the same time it's also important in key positions to add quality and experience and I think that's what Geoff does.

"There's no secret that this season we have looked a bit light in the second-row department at times and Geoff is a proven international performer. He adds great experience in running things like the line-out, he has got good leadership experience as well and all those things add up to it being a very good signing for us.

"I'm expecting him to have a very positive influence on and off the pitch in how he helps the team prepare for big games and his experience of what needs to be a done at a certain time."

Parling has 21 England caps but looks likely to miss the Six Nations opener against Wales on Friday week, although Baxter insists his fitness is not a concern.

"As with most players we've done a full medical and we don't have any concerns about his physical state," he added.

"He's just like a lot of guys who get to just over 30 and have played a fair bit of rugby, there's a few miles on the clock but physically he's in very good condition really."

Since their promotion to the Premiership in 2010 the Chiefs have qualified for the Heineken Cup and won the Anglo-Welsh Cup, and Parling does not see the move from perennial challengers Leicester to Sandy Park as a step down.

"Since Exeter came up they've done things in the right way," he said.

"The first few years they stuck with the core of the squad that got them promoted and since then they've added the odd face here and there over the years. There hasn't been a massive turnover of players and I think that has helped them to develop as a club.

"The Chiefs are also a lot like Leicester, they are very much a traditional rugby club, they have a great support base and it's a real hot-bed of rugby down there."

Baxter was eager to strengthen in the backs for the 2015-16 season and was delighted to sign Woodburn, who he feels can bring some versatility to the dressing room.

"Although winger is his primary spot, he played outside centre for Bath against us in the A League a few weeks ago, so he's not just someone who stands on his wing and doesn't come to see the ball at all," he said.

"We'll be encouraging him to come and find the ball, he's a big, strong, physical guy, he's tested very well in his physical tests and we'll look to develop his game and get him as many involvements when he plays as possible."

Woodburn added: "I'm really looking forward to the challenge, I've only ever been at Bath as a professional so it's going to be good to have a change of scenery and test myself in a different environment.

"I've spoken to one or two players who know the club and the set-up and they all say positive things about the place and that it's quite a tight knit group down there."