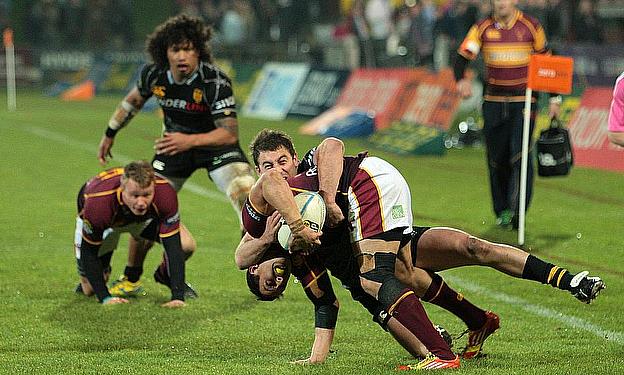 Talking Rugby Union's Southern hemisphere correspondent Scotty Donaldson ways up the pros and cons of Six Nations and Super Rugby and asks the question: which do you prefer?

It is the rugby silly season with both Six Nations and Super Rugby Round 4 on this weekend, but which do you prefer?

The Six Nations, of course, features test rugby (rather than franchise rugby) between Northern Hemisphere heavy-weights and in some ways this competition is far more appealing than Super Rugby.

The Six Nations only goes for five rounds of matches and so it is a shorter, more compact competition, making it easier to stay fresh with fans. There is a four-way tie after four games with England, France, Ireland and Wales all winning two and losing one game so far.

The 2014 competition is a real nail-biter with only Italy out of contention and the final outcome not obvious until the last round of games.

Super Rugby 2014 features far more teams than the Six Nations, obviously and although matches haven’t been as close as other years, there have been plenty of tries scored.

Super Rugby features some great long-range tries, but it is difficult to know if this makes the competition better than Six Nations or not? Test rugby is more rugged and physical than Super Rugby, so this probably detracts from the credibility of the Southern Hemisphere competition to some Northern Hemisphere scribes who see it as a game of touch.

It isn’t test rugby and realistically only about six teams (less than half of sides) have a chance of winning the title, but does this make it less enjoyable?

Super Rugby has been around since 1996 and has only been won by the Blues, Brumbies, Bulls, Chiefs, Crusaders and Reds in the past. It also runs until August leaving some teams out of contention for as long as two months. This probably doesn’t help players and fans maintain interest, especially with the June International window.

Should Super Rugby use the Six Nations scoring system with two points for a win, one for a draw and none for a loss and no bonus points?

Which is a better product, Six Nations or Super Rugby and why?

I am a Super Rugby fanatic, but I must admit that the evenness of Six Nations 2014 and the fact that the competition isn’t decided until the final round makes me jealous of the Six Nations.

Super Rugby is too long to maintain player and fan interest especially when some teams will be out of contention for up to two months.  It’s hard to know if more teams equal a better competition or if it dilutes the enjoyment.