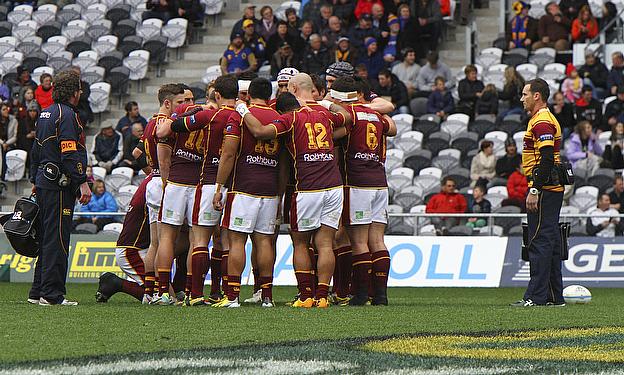 Super Rugby begins for most teams this weekend with some mouth-watering clashes; beginning with the seven times Super Rugby champion Crusaders hosting the defending two times champion Chiefs side – they don’t come much bigger!

However, the gloss has been taken off by the absence of ten Chiefs players including the opportunity to see All Blacks open-side flankers Sam Cane and Richie McCaw go head to head so early in a Super Rugby campaign.

There are other exciting matches scattered across the three conferences with two derbies in each division sure to get the blood boiling, and the Hurricanes travel to South Africa to play Super Rugby title contenders, the Sharks.

What a game to start the New Zealand conference in 2014.  Both of these teams are Super Rugby title contenders and are full of All Blacks.

It is funny seeing Richie McCaw starting a Super Rugby season and his inclusion and leadership will partially help to offset the loss of Kieran Read to injury.

The Crusaders have the best forward pack in New Zealand, but without Dan Carter running the ship, it is up to Tyler Bleyendaal to guide a relatively green looking backline around the park, with Israel Dagg, Ryan Crotty and Andy Ellis the Crusaders most experienced backs.

The Chiefs on the other hand will rely on a sprinkling of stars like Liam Messam, Brodie Retallick, Aaron Cruden and a mixture of experienced campaigners like Southland’s Jamie Mackintosh, All Blacks centurion Mils Muliaina and utility forward Kane Thompson to do their job.

Remember, the Chiefs coaching staff has done an amazing job of creating a winning team culture in recent seasons.

Players to watch – The usual suspects should provide great value for money in Liam Messam, Brodie Retallick and Aaron Cruden for Chiefs. Tim Nanai-Williams and Asaeli Tikoirotuma are dangerous outside backs.

Bargains – If you want bargains in this game then Crusaders midfield back Rey Lee-Lo is a steal, while Chiefs pair of Rhys Marshall and Tevita Koloamatangi will please the accountant.

Both of these South African teams were first round losers and can ill-afford another slip up so early on in the season.

The Cheetahs were disappointing in their narrow defeat to the Lions last week, while the Bulls were comfortably beaten by the Sharks. Have we underestimated the relative strength of these two teams first round opponents?

The Cheetahs made the finals in 2013 and have retained the same starting team to face the Bulls.

The Bulls have made a few changes but will have to win without Pierre Spies.

Amazingly, the Cheetahs have never beaten the Bulls in Super Rugby, but there is a first time for everything!

This Bulls team has lost the nucleus of their Super Rugby winning sides of yester-year and they will struggle to beat a Cheetahs team which must be hurting after losing to the supposedly hapless Lions!

Players to watch - Jacques Engelbrecht was a productive points scorer in www.testrugby.com for the Kings last season, well he starts this week, replacing Pierre Spies in the Bulls pack.

Adriaan Strauss is a regular source of points.  Willie Le Roux has been given roving commission and was the best player in Super Rugby Round 1, while Raymond Rhule is a great value try scoring outside back.

The home side is the worst Kiwi team on paper, but they will rely on rolling up the sleeves for Super Rugby 2014. Their pre-season form wasn’t flash including a win over the Brumbies to go with losses to the Crusaders and Waratahs, but they went down fighting.

The Blues team is full of X-Factor players including Charles Piutau, Benji Marshall, Frank Halai, Maá Nonu and Steven Luatua; but you get the feeling that they may miss the glue type players to make it all stick together.

It looks like Chris Noakes could be underdone starting in the Number 10 jersey, while Benji Marshall may be handed a Super Rugby start.

This is probably the best time for the Highlanders to play the enigmatic Blues as some of their players are traditionally slow starters in Super Rugby.

Players to watch – Neither side has been named yet, but Charles Piutau is a www.testrugby.com player to watch, while Ben Smith could single-handedly keep the Highlanders in this contest.   Steven Luatua and Jerome Kaino will add some muscle to this Blues team and could score some big points.

Malakai Fekitoa is an exciting midfield back for the Highlanders and he is a bargain.

The battle lines have been drawn as the two leading Australian teams do battle in Canberra.

There are two major talking points for this game – can the Brumbies win without their former coach Jake White and how will Quade Cooper go on in his return from injury?

Players to watch – The teams are yet to be finalised.  Tevita Kuridrani is back from suspension for the Brumbies.  Stephen Moore is always a good value front row forward.  James Horwill is a consistent scorer.

The Sharks are circling in Durban awaiting the Hurricanes to arrive from Wellington.

The Durban based team easily beat the Bulls last week to show their credentials as one of the favourites to win the 2014 competition. They have a powerful forward pack and will look to outmuscle the Hurricanes who are usually entertainers more than grunters.

The Sharks now have a mastermind in coach Jake White who could lift their performances up a notch to give this team a boost in 2014.

Players to watch – (teams not named yet) – There is plenty of talent in both teams.  If young Ardie Savea starts for the Hurricanes then he is a bargain, while there are some reliable options in Dane Coles, Victor Vito, Beauden Barrett and Julian Savea assuming they start.

For the Sharks, Patrick Lambie, Ryan Kankowski and Bismarck du Plessis are good options while Marcel Coetzee is a good value loose forward.

The Lions had the best possible start to their Super Rugby campaign with a one point win over the Cheetahs, but don’t expect their golden run to continue.

They caught the Cheetahs off-guard and surely the Stormers will be too wise to fall for that.

While the Stormers backline isn’t as daunting as it used to be, their forward pack is one of the strongest in Super Rugby, and will look to make life difficult for the Lions.

Demetri Catrakilis was a www.testrugby.com stud in 2013 and so he could be worth a shot for his new team.  Michael van der Spuy and Kobus van Wyk are two bargain priced backs.

The Lions had a few heroes of their own in last week’s win. Marnitz Boshoff and Derrick Minnie scored well, while Robbie Coetzee was great value.  The Lions team isn’t named yet.

The Waratahs have been disappointing in recent seasons, but their 2014 squad looks to have more firepower than their predecessors.

These Australian derby matches are definitely for the purists with no love lost between teams. The Waratahs should win this opening encounter against the Force who may not have many big names any more, but usually don’t lie down.

Players to watch – Kurtley Beale has been named to play at inside centre, but this could mean he makes more tackles and gets more involved. Peter Betham, Israel Folau and Tatafu Polatu-Nau are consistent point’s scorers who could be worth putting money on to score a try in this match. Will Skelton and Alofa are bargains.

The Force haven’t named their team yet but if Jayden Hayward is kicking goals, he could be worth a shot, while Nathan Charles and Nick Cummins are always hardworking.

Traditionally the early rounds of Super Rugby have been closer with plenty of bonus points for finishing within seven points so there should be some close games.

Who are you picking to win Super Rugby Round 2 matches?