Super 15 Rugby Round 2 Review - Who Are The Teams To Watch? 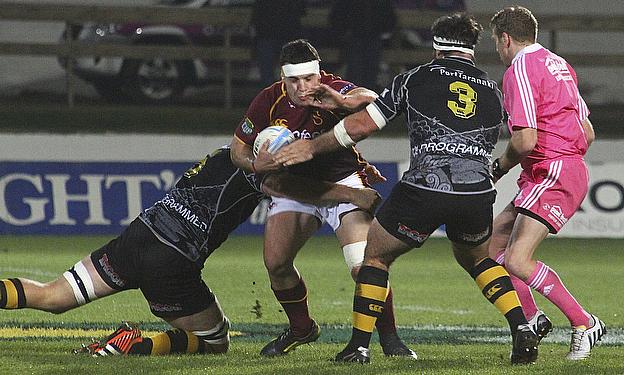 Super 15 Rugby Round 2 Review - Who Are The Teams To Watch?

Super 15 Rugby is back, and as a rugby fanatic I thoroughly enjoyed seeing the oval ball game return to prominence in the Southern Hemisphere.

The second round of the Super Rugby Competition was difficult for most tipsters with three matches considered "upset" wins for the Chiefs, Lions and Reds; whilst the Highlanders and Cheetahs recorded wins which split most punters.

The Sharks and Waratahs recorded predictable victories to save the blushes of some punters. The Lions win was not only an upset, but a 24 point margin was far greater than most people predicted.

The teams that have impressed me the most in this year’s Super Rugby so far are the Sharks, Lions, Reds, Waratahs and Chiefs; although, it is hard to judge teams so early in the competition.

But how much can we read into Super Rugby 2014 at such an early stage? It is becoming increasingly evident that the best teams require quality coaching and players to get the desired results, but sometimes it is a fine line!

Here are some interesting conclusions I have drawn from the first two rounds of Super Rugby 2014, but are these fair given that the competition doesn't finish until August?

The Chiefs still manage to keep winning no matter who they put out on the field.  Their coaching staff should be knighted for their ability to continually keep producing the results despite being hit by injuries and lacking some household names.

The Lions are no longer the whipping boys of Super Rugby.  If you are playing any kind of fantasy rugby then Marnitz Boshoff is an absolute gem.  It is great for the competition to have a different team winning from the usual’s.

The Reds and Waratahs look to be the best teams in the Australian conference.  Quade Cooper is in great form and hopefully can keep inspiring the Reds.

On the other hand the Waratahs have finally got the ability to score tries which will make them genuine Super Rugby title contenders – Israel Folau is in for a big season.

The Brumbies will miss Jake White in 2014.

Speaking of Jake White, the Sharks are the team to beat in the South African conference, although they do have the bye in Super Rugby Round 3.

The Crusaders, Stormers and Bulls aren't what they used to be.  Call me a creature of habit, but it used to be a given to pick these teams to win most matches.  Don't get me wrong, the Crusaders are still good, but they aren't the Super Rugby championship favourites like they used to be.

They will greatly miss Dan Carter in 2014, while the Bulls will definitely miss Morne Steyn. First five eighth is such an important position in a rugby team.

The Stormers and Bulls have lost some experience in the off season and may struggle to make the playoffs at the expense of the Sharks, Lions or Cheetahs.

The Blues have the individuals to cause carnage in the competition, but it is hard to know when they will click as a team.  The same could be said for the Hurricanes, but they did have a difficult first-up assignment in Durban.

The Highlanders will play with guts despite not having the personnel in 2014.  They do have the two Smiths, but outside of that, they lack enough world class players to make the finals.

The Cheetahs will finish mid table.

The Force will be anything but a force in 2014. They will still provide a hurdle for teams at home, but like the Highlanders, they lack the quality of players to make the finals.

We haven't seen the Rebels yet…