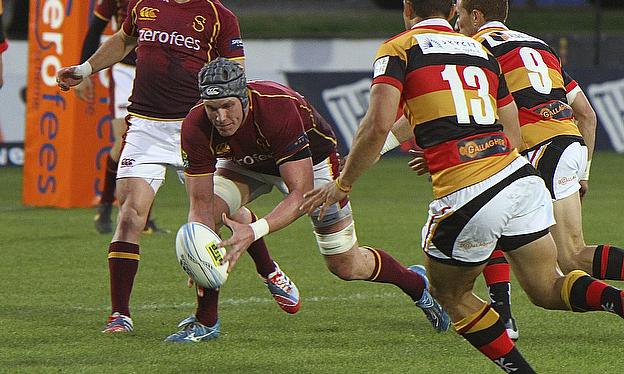 In the second of three instalments, we would like to take you inside the New Zealand franchises. Can the Chiefs make it three in a row or will the valiant Crusaders rise again to the challenge? Two young sides in the Hurricanes and Highlanders will look to their experienced campaigners for guidance and Ma'a Nonu rejoins the Blues with League convert Benji Marshall, it's all here...

Following on from our first instalment outlining the South African franchises, let’s take a close look at the teams from New Zealand.

The Blues supporters will be hoping that this season their team finally gets back into contention for Super Rugby silverware. Top class pre season signings have improved an already strong looking squad and will give everyone involved at the franchise fresh optimism for the coming months. The Aucklander’s can now boast one of the most exciting set of backs in the competition, if not world rugby. A backline of Weepu, Marshall, Nonu, Francis Sailli, Halai, Moala and Piutau would give any opposition coach in world rugby a few sleepless nights. The Blues will however be missing ‘excitement machine’ Rene Ranger after his move to Montpellier. His try scoring, attacking flair, superb offloads and defensive capabilities will be sorely missed. The teams performances may well depend on the ability of league signing Benji Marshall to adapt to his new code; if he can get his backs firing then who knows how far they can progress. Another interesting acquisition sees Ma’a Nonu return to the Blues squad; will he be able to bring his All Blacks game to the table? When he’s on form there’s no better 12 in world rugby, when he’s not he’s barely recognisable as the same player. It’s not just the backs that look impressive as head coach John Kirwan can call upon the likes of Faumuina, Mealamu, Woodcock, Donnelly, Kaino, Luke Braid and Peter Saili. You can guarantee that Kevin Mealamu will be leading from the front as always, whether his team will follow him to glory, we’ll be finding out over the next 6 months.

Last years beaten semi-finalists will be going all out to go a few steps better this time around. The Crusaders came good in 2013 after a slow start and will be looking to hit the ground running this season. Coach Todd Blackadder has kept the majority of his side from last season, with Robbie Freuan and Tom Marshall the only big names missing from their 2014 roster, following their move to the Chiefs. Blackadder will however have to cope without All Black legend Dan Carter, while the fly half takes his 6 month sabbatical away from rugby. This blow will be softened by the signing of Colin Slade from the Highlanders, Blackadder’s only major pre season signing. Slade will have some competition for the 10 jersey in the form of Tylor Blyendaal and Tom Taylor, a position which the Crusaders have excellent strength in depth. New Zealand captain Richie McCaw will also have to fight for his jersey in 2014, fellow openside Matt Todd was mightily impressive last season. Todd’s performances have many pundits predicting that McCaw may switch to the blindside to accommodate his younger counterpart. Thus leaving a back row of Kieran Read, McCaw and Todd, that would arguably be up there with the best in the competition. Number 8 Kieran Read will be hoping that he can continue the form that saw him named World Player of the Year in 2013. Few would argue that he was the best player in the world last season; his try scoring, tackling, ball carrying and skills were phenomenal and his big plays always came at crucial stages of games. Another All Black back to his best last year was Israel Dagg, easily the best 15 in Super Rugby last year. One of the most dangerous 15′s in the world game at present, opposition teams will be kicking deep to him at their peril. Supporters and players alike will be hoping for nothing short of another Super Rugby title. Can the Crusaders add to their 7 previous Super titles, you wouldn’t bet against them. Would you?

Hurricanes coach Mark Hammett feels confident that his troops can mount a serious title challenge in 2014. With top class All Blacks sprinkled throughout the squad, you would feel that he is justified in his confidence. With quality forwards and backs like Conrad Smith, Julian Savea, Cory Jane and Beauden Barrett, the men from Wellington should always be competitive. That said, rewind back a year to 2013 and the same squad of players were a major disappointment. Brilliant one week, terrible the next; inconsistency was the men from Wellington’s downfall. This time around Hammett will be looking for high quality performance week in, week out. The Hurricanes will rely heavily on the influence of young outside half Barrett, in him they have a player that grows in confidence with every game. His performances predominantly as a substitute for the All Blacks have been out of the top drawer, standing out in the small amount of time he has had to impress. His battles against Cruden and Slade this season will be mouthwatering, if he can get the better of these two in Super Rugby he may force his way into the All Black starting XV on a more regular basis. Keep an eye out for young flanker Ardie Savea, the younger brother of Julian is surely one to watch this campaign and is marked out as being a successor to McCaw when he eventually retires. Watch out for the Hurricanes this year, if they can perform regularly they might just surprise a few people.

The 2012 & 2013 Super Rugby winners are looking to become only the second team to win three successive Super Rugby titles this year (the only other team being the Crusaders in 1998, 1999 & 2000). Few would argue that the Chiefs are up there with the favourites to win the Super Rugby Trophy again this year. They boast strength in depth in every position and have quality individuals throughout their forwards and backs. You only have to look at their full backs to see this demonstrated; Gareth Anscombe, Robbie Robinson and Andrew Horrell, not to mention the returning Mils Muliaina after his stint in Japan. Coach Dave Rennie has lost Chiefs stalwarts Richard Kahui, Lelia Masaga and Breandan Leonard but has brought in quality replacements in Freuan, Tom Marshall and Muliaina. Skipper Liam Messam always leads his troops from the front and seems to get better every year, his performances in 2013 giving him better recognition as a first choice All Black. His ability to get over the gain line in attack and his bone shuddering hits in defence are inspirational to his team. Star man Aaron Cruden will again be hugely influential for the Chiefs this term, he provides the perfect link between forwards and backs. His all round game has massively improved over the recent years and he should cement his position as All Blacks number 1 fly half in the absence of Carter. The men from Waikato are a very impressive unit, don’t bet against Messam raising the trophy aloft again on 2nd August.

The Highlanders will be looking to put the 2013 season well and truly behind them, they finished a lowly 14th. They didn’t win a game in the competition until their round 12 matchup against the Sharks, a record that left them languishing at the bottom of overall standings well into the third month of the season. The confidence of Highlanders fans would not be helped by the players leaving prior to the 2014 season. The loss of Colin Slade, Hosea Gear, Tony Woodcock and influential captain Andrew Hore will hit them hard and it will be interesting to see how well they cope without them. The one positive note from 2013 was the emergence of Ben Smith as a world class operator. His performances from full back in a struggling team were simply sensational and he was rightly nominated as a candidate for world player of the year. His ability to always beat the first defender is a joy to behold and the Highlanders should be looking to give him as much ball as possible. His performance at centre for the All Blacks will also give coach Jamie Joseph an option in the backs should he choose to use it. Another All Black the Highlanders will rely heavily on is Aaron Smith, his form was patchy at best last year and Joseph will be looking for more consistency from his first choice scrum half. Don’t expect the Highlanders to work miracles this year, but their tenacity and passion should make them a handful for most opposition.

So that’s how the New Zealand franchises are shaping up, it will be interesting to see if the Chiefs can tempt fate with another title or whether arch rivals the Crusaders can upset them, especially in round 2.