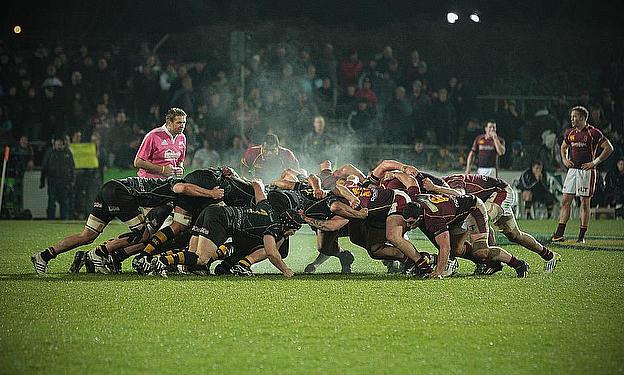 Super Rugby Round 3 features plenty of epic matches to test tipsters.  There are some classic local derbies featuring the Blues vs Crusaders, Chiefs vs Highlanders, Waratahs vs Reds, Force vs Brumbies and Bulls vs Lions.

The Cheetahs and Hurricanes are touring overseas which means that tipsters will have to take into account the travel factor.  The table topping Sharks have a bye meaning that people in fantasy competitions will have to adjust their team accordingly.

It is also worth mentioning that three teams that won in the second round, the Chiefs, Highlanders and Waratahs all have the bye in Super Rugby Round 4, so don’t bother stocking up on players from these teams unless you have spare trades.

It is also interesting to note that some of the previously strong teams have struggled in Super Rugby 2014, making it difficult to know if you should pick on form or reputation.

Teams like the Bulls, Stormers and to a lesser extent Crusaders are not quite as strong as they used to be, while the Lions and Waratahs have started strongly in 2014, but have hardly set the world on fire in recent seasons.

What a game to start Super Rugby Round 3.  Both of these teams lost in Round 2 and a further loss would really put them behind the eight ball.  Both side have changed their Number 10s in an attempt to improve their backlines.

The Crusaders have the best forward pack in New Zealand, (especially with the return from injury of Kieran Read at Number Eight), but really missed Dan Carter’s goal kicking and ability to run the ship against the Chiefs.  This week Tom Taylor is given the opportunity at first five eighth, while Colin Slade replaces the out of sorts Israel Dagg at fullback.  This Crusaders team did struggle to breakdown the Chiefs defence and lacked a bit of punch out-wide and they are still starting with a relatively green looking outside back combination.

The Blues have handed rookie first five Simon Hickey a start in the hot seat replacing Chris Noakes.  This will be a huge test for the pivot who has been compared to All Black great Grant Fox’s temperament.  They will also sweat on the fitness of Luke Braid who has been bracketed.  Keven Mealamu and Tony Woodcock could add some experience off the bench, but it is hard to know if this will be enough.  The Blues have more excitement in Charles Piutau and Frank Halai, but could struggle up front against the All Blacks laden Crusaders forward pack.

Players to watch – Charles Piutau is one of the most dangerous ball runners in Super Rugby.  Tom Taylor Is goal-kicking for the Crusaders, while Kieran Read and Sam Whitelock are expensive, but good investments.

Bargains – There are plenty of bargains in this game.  Peter Saili did well last week and is less than $1 million.  Simon Hickey and Patrick Tuipulotu are cheap and could be worth a shot if you are short of cash.  Ray Lee-Lo and Rob Thompson are cheap options, but only for the brave.

The Rebels and Cheetahs have had contrasting build ups for their Super Rugby Round 3 match.  This is the first Super Rugby game of the season for the Melbourne based side, while the Cheetahs have already played two matches which they lost one and won one.

The Cheetahs have stuck with a settled side, while the Rebels have handed a debut to teenage loose forward Sean McMahon, while there is interest in New Zealanders Scott Fuglistaller, Tamati Ellison and Jason Woodward.

Will the Cheetahs be too match fit for the Rebels or will the Rebels start their campaign off with a win?

Players to watch – Willie Le Roux is always dangerous in www.testrugby.com for the Cheetahs, but his opposite, Jason Woodward is also a great option given that he will probably kick goals.  The Cheetahs loose forwards are also great value, especially Boom Prinsloo.  Raymond Rhule is a great value try scoring outside back.  Scott Higginbotham is a legend for the Rebels and plenty rests on his shoulders.  Hugh Pyle has an eye for the try line which is rare for a lock, while there are a few bargains in this Rebels team including McMahon and hooker Pat Leafa.

Both of these teams were on the receiving end of comfortable defeats last week.  The Stormers lost to the Lions while the Hurricanes were pounded by the Sharks.  This makes victory in Round 3 absolutely essential, but at the same time more difficult as both teams will be fired up after Round 2.

Both teams have tweaked their teams for this match in an attempt to rectify their performance from last week.

The Hurricanes do have the X Factor players to score tries out wide, but may get bullied up front by the big Stormers forwards.

Are the Stormers still contenders or have they lost too much experience from 2013?

Players to watch - Siyabonga Ntubeni is a must buy with Bismarck Du Plessis having a bye this week.  Damian de Allende is a bargain centre, while Duane Vermuelen is usually worth the investment.  For the Hurricanes, Blade Thomson is listed as a lock and so he is great value, while Julian Savea and Beauden Barrett should improve their output this week.

Saturday night rugby sees the Super Rugby champion Chiefs hosting the Highlanders.  Both of these teams have the bye next week, so don’t get too carried away stocking up on players until Round 5.  Both of these teams had wins in Round 2 action, but the Chiefs have this knack of beating the Highlanders in recent seasons.  The Chiefs dressing room seems to always resemble a casualty ward as they have been forced to shuffle their forward pack, but they seem to get the job done.  Last week they repelled the Crusaders in Christchurch so they should be able to beat the Highlanders in Hamilton.

The Highlanders will rely on their two All Blacks, Aaron and Ben Smith, but I think they will struggle to breach this committed Chiefs defence unlike their dominant first half against the Blues last week.

Players to watch – The two Smiths (Aaron and Ben) are the players to watch for the Highlanders, while centre Malakai Fekitoa and first five Lima Sopoaga should provide options budget conscious.

For the Chiefs, you can’t go past Aaron Cruden, Liam Messam and Robbie Fruean.

The Waratahs host the Reds in a huge game for Australian conference supremacy.  Both of these teams secured good wins in Super Rugby Round 2 and it will be interesting to see how this match pans out given the general animosity between New South Wales and Queensland.  This is another mate on mate fixture with some great match ups.

Will Genia and Quade Cooper hold the key for the Reds, while it will be interesting to see if the Waratahs backline can score tries this week against the Reds like they did against the Force.

Players to watch:  The Waratahs have a bye next week so buy their players for www.testrugby.com at your peril.  Israel Folau is a points scoring machine, while Alofa Alofa is a bargain. For the Reds it is hard to go past Saia Faingaa and Lachlan Turner while Aidan Toua is a bargain.

The Force are going to have to improve a lot if they are to be competitive in Super Rugby 2014.  They conceded six tries against the Waratahs.  The only blessing is that the Brumbies who finished second last season won’t have the services of two instrumental people from 2013 in Jake White and kicking star Christian Lealiifano.

Players to watch:  For the Brumbies it is hard to go past Jesse Mogg, especially if he is goal kicking.  He scored 330 points in Round 2.  Stephen Moore is always a solid performer.   The Force have some www.testrugby.com stars of their own.  Watch for Nathan Charles and Nick Cummins to score some points for your team.

The Lions have had the best possible start to their Super Rugby campaign with back to back wins over the Cheetahs and Stormers.  Their team looks to have found a winning combination previously unseen by a Lions team since they made the Super 12 semi-finals in 2000 and 2001.  This match is a neighbourhood rivalry as the Lions and Bulls are geographically very close.  Amazingly, the Bulls are favourites for this match despite losing players in the off-season and having lost both matches this season.  Victor Matfield will start for the Bulls in this match.

Players to watch:  Marnitz Boshoff is a great value for money goal-kicker while assuming they are selected, Jaco Kriel and Warren Whiteley are good pick-ups.  The Bulls no longer have Morne Steyn or Pierre Spies as must buys and therefore your best bet is Jacques Du Plessis, unless you think Louis Fouche will kick the