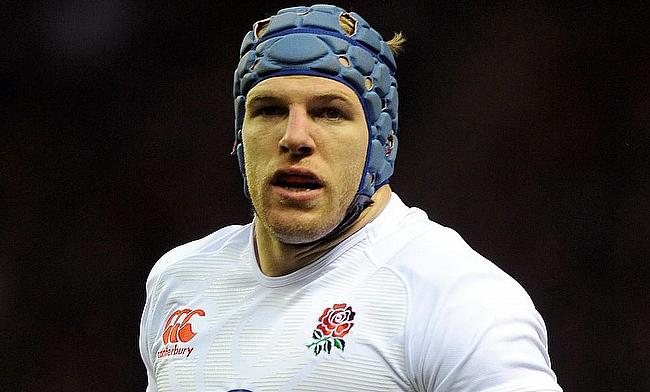 Calls for World Rugby to improve the health and safety of players are set to increase following the launch of a new lobby group.

Progressive Rugby, which is supported by former internationals James Haskell and Jamie Cudmore, believes “changes need to be made as soon as possible” in order to protect players from the life-threatening consequences that come from repeated concussive and sub-concussive injuries.

The group of 28 signatories - including World Cup winner Steve Thompson and former Welsh international Alix Popham - have written an open letter to World Rugby as they fear the game could face "extinction within a couple of generations."

Thompson and Popham are already part of a legal case which has been lodged against World Rugby, the RFU and WRU after nine ex-players were diagnosed with early onset dementia, but the latter said Progressive Rugby is “totally separate” from those proceedings.

Popham now hopes the group can "get in front of World Rugby" and work closely with the game’s governing body as they aim to introduce some of their proposals for the 2021/22 season.

These include imposing limits on contact training, restricting the number of permitted substitutes for injury, a review of the legal tackle height, and increasing the minimum return to play protocol period to three weeks.

The group of current and former players (including Wales international Josh Navidi), coaches, referees and doctors stress they support the nature and physicality of an 80-minute game of rugby, but they are keen to act quickly to help reduce the number of brain injuries in the sport.

Haskell said: “I always had concerns rugby was very slow-moving. The game needs to change things. We could do so much more to look after players. Why do we do so much contact in training when there’s no need? So much gets brushed under the carpet.

"Progressive Rugby is really important for me to be a voice. I am very opinionated about lots of things, and I feel we can really look after players better. It is important to put your hand up and be counted.

"We choose to ignore lots of things and it’s only when it affects you and someone you know, you actually start to take notice, but paying lip service to it has to stop."

Cudmore, who spoke exclusively on the Looseheadz x TRU podcast said: "We were seeing a lot of research and data [around concussion] through hockey and NFL and nothing really being done in rugby.

"I have got friends over here in Canada who are playing hockey or football and they say 'we are changing this and we are looking at how much contact training we are doing' and I was thinking in rugby, we do that three or four days a week and then we are hammering each other on a Saturday.

"It didn't seem to me that we were addressing a problem which was quite apparent at the professional level and don't get me started on the amateur level. Who knows what problems they might have had in the game, especially with injuries like concussion because it is invisible.

"We need to really look at how we deal with this problem because if we don't deal with it properly now, we are going to blow up rugby forever. The NFL have been proactive about this and if rugby doesn't do the same thing, I think we are really going to suffer in the long-term."

Cudmore is currently suing his former club Clermont Auvergne after they allowed him to continue playing when concussed back in 2015. Progressive Rugby believes the sport needs to be more proactive in order to avoid similar incidents as the issue is "the greatest threat to the worldwide game."

Former World Rugby medical advisor Dr Barry O’Driscoll, who resigned in 2012 to protest against the governing body’s concussion protocols, added: "Since I left World Rugby nine years ago, they have brought in that you can’t tackle someone’s head and that is pretty much all they have done."

O'Driscoll, who is also part of the Progressive Rugby group, continued: "Every time they are asked an opinion after something controversial, they say ‘we are at the top of the league for research’. They have done nothing but research for 10 years. We need to alter the amount of impact, the head trauma, in the game without destroying the integrity.”

World Rugby have since issued a response to Progressive Rugby on their website: “The welfare of the global rugby family is, and has always been, World Rugby’s priority. We take our responsibility very seriously and care deeply about our past, present and future players.

"That is why we ensure that players are at the heart of our discussions through International Rugby Players, and that is why we value and welcome constructive debate, respect opinions and listen to suggestions that advance welfare.

"We are progressive, which is why as scientific and medical knowledge and societal understanding continues to evolve, rugby evolves with it. We are always guided by medical and scientific consensus to inform our concussion education, prevention and management strategies.

"Clearly these members of our rugby family love the game and want it to be the best it can be. We do too. We are encouraged that the group are championing a number of initiatives that are already operational or being considered and we are open to constructive discussions with them regarding their proposals."