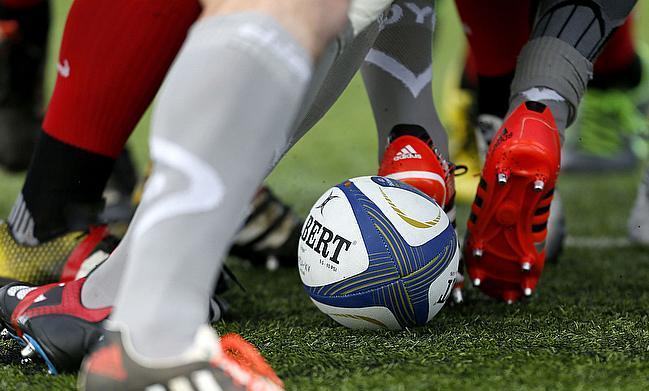 Legal action on concussion launched by former players against governing bodies
I felt incredibly well looked after during my playing days - Conor O’Shea
Greg Bateman Exclusive: Concussion problems need to be addressed sooner rather than later
The key issues around the potential concussion litigation group and their legal action

A student at Cardiff Metropolitan University created a documentary which focused on concussion in rugby union, and the former Dragons and Wales U20 centre provided a first-hand account of his experiences.

It was titled ‘The Invisible Injury’, and when Hughes was forced to leave the field against Ulster back in 2017, it seemed to be because of a routine tackle.

That particular collision wasn’t directly to the head, but the number of concussions and sub-concussive injuries which Hughes had suffered before that challenge, had left him more susceptible to less forceful impacts.

“That is the problem with it being the invisible injury. If it was anything else, it would leave a visible scar, but it does give you a scar, but you can’t see it,” Hughes told TRU.

“We’re talking about concussions, but we are also talking sub-concussive impacts. You can’t put a number on that. It could be an unlimited amount which I experienced because it can be a knock to any part of your body, which can cause that shudder effect and knock the brain around.

“It meant the hits I was experiencing, which were involved with getting the concussion symptoms were now becoming less impactful, and I knew I had to make a decision.”

Two years ago, Hughes announced his retirement from rugby and the 30-year-old now has two trauma scars on his brain.

The former Exeter Chief is one of six new players to join the legal action against World Rugby, the Rugby Football Union and the Welsh Rugby Union.

Last week, Steve Thompson, Alix Popham and Michael Lipman were the first ex-professionals to be named in the group litigation having being diagnosed with early-onset dementia. Whilst Hughes doesn’t currently have the illness, he has been warned that he might follow a similar path to the aforementioned trio.

“28 years-old is when you should be in the peak of your career and not making a decision for it to stop,” Hughes adds. “If I am completely honest, I knew from the years pre-2018 that something wasn’t completely right.”

In the university documentary, Hughes reflected on a concussion which he experienced when he was just 16-years-old, and he feels the attitudes around head injuries in the early part of this century led to his premature retirement from the game.

“As far as we knew back then, concussion was something whereby if you just sat it out for five days, you were fine to play the following week,” Hughes says. “That was it. No-one thought any more about it. It did start early for me which probably meant right in the peak of my rugby career, it came to a point whereby I had had so many concussions that it really affected not only my ability to play rugby, but also my day-to-day life."

Hughes recalls eight ‘serious’ concussions he experienced during his career including two severe collisions whilst representing Exeter and the Dragons, but the number of knocks to the head he endured has taken a cumulative toll on him.

The extent of this is harrowing. Hughes admits he can’t remember certain games he played in, but chillingly, he can recollect the moments where he is sat receiving medical attention: “When it happens, the odd thing is you don’t remember the day or the week or anything like that. What you do remember is that split second where you almost wake up and you’re either sat in the physio room, or you’re sat in the doctor’s room, or you’re sat in the stands and you think ‘how on earth have I ended up in here?!’

Former professional rugby player @Hughesa13 explains why he is one of nine players bringing a case against the game’s authorities for negligence. Adam suffered several concussive injuries and retired in 2018. #TheNine pic.twitter.com/UT9v7InIOR

“You remember that like it was yesterday, but you don’t remember anything else and there are moments which will get spoken about to me and I don’t remember them. Your mind starts playing tricks on you and you are trying to work out what has happened and that is when you have to rely on others to give you an explanation of how you ever ended up not playing in front of 20,000 people.”

The fact Hughes is only 30-years-old also provides an alarming counter-argument to the suggestions that the game has become safer in the last decade.

Whilst Thompson, Popham and Lipman are all of similar age, Hughes’ account potentially opens the door for a younger generation of players to come forward but also, he hopes his story will make the governing bodies act urgently to protect the future of the sport.

He adds: “An important part of my age as well is the older the players get, the more you sometimes wonder whether you can attribute illnesses to other things. This is quite clearly only down to rugby. I am 30-years-old. I am not going to have symptoms of natural brain issues at this stage if it wasn’t for that. I honestly believe that.

“I think it is quite a strong message to send across. What I don’t want to do is for people who are currently playing now and are going to play the game to make the same mistakes. The knowledge is there and I do think rugby is now very proactive with its head injuries and how they go about it, but it is too late for us guys, but we don’t want those same mistakes to be repeated.”

Hughes, along with the eight other members of the group who are taking legal action, have constantly reiterated they do not want rugby to suffer.

“We are not disgruntled ex-players, Hughes adds. "We are still people who absolutely love the game. We still want the very best for the players and a prosperous future for the game, so we see this as an opportunity, with the profile it is going to get, to be able to make those changes and get that education out there.

"It is not our job to work it out, but we want to know whether the people in power have the knowledge but didn’t implement the guidelines and the laws at the same time. If it is found out that we knew an awful lot more about concussion then what was led to believe and what we were working to was outdated, or there was any chance they could have been a lot more stringent based on knowledge, that is where the issue lies."