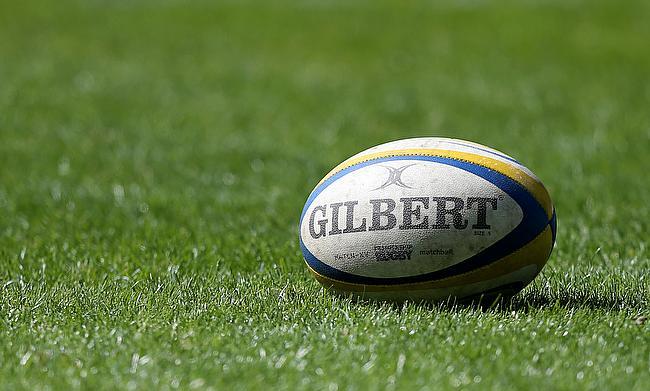 Former Wales flanker Alix Popham has told TRU that it is ‘ludicrous’ a reduction in contact training will not be a mandatory requirement straight away.

World Rugby are to introduce new guidance restricting professional clubs and international teams to limit full contact training to 15 minutes a week after research revealed 35-40 per cent of injuries occurred in training.

World Rugby's aim is to write the limits into law for the 2023 World Cup in France, but Popham, who was diagnosed with early-onset dementia at the age of 40, believes the proposed guidelines need to be compulsory and introduced as quickly as possible.

“Yes it is a step in the right direction, but the problem for me is it needs to be mandatory like they put in place in the States 11 years ago,” Popham said when speaking to TRU.

“When the pressure comes on and coaches start losing games, some coaches will look to do more contact and for me that is the problem with this. When American Football started to chuck in a couple of extra contact sessions to try to get up to speed, they were caught and fined for doing that and I think that needs to be the stance in rugby in order to stick to the guidelines.

Popham is part of a wider group of players who have made a claim against rugby union's authorities for negligence in failing to protect them from the risks of concussions.

The ex-Wales international is also involved with the lobby group, Progressive Rugby, and he is the co-founder of Head for Change, an organisation pioneering for positive change for brain health in sport.

Over the last 10 months, brain injuries have been thrust into the spotlight in rugby union and Popham feels that is down to pressure being put on the authorities along with recent bodies of research.

“World Rugby have been kicking the can down the road saying research, research, more research,” Popham added.

“I think the evidence which has come out over the last couple of weeks with regards to the Drake Foundation which says 23 per cent of current players have brain abnormalities, highlights this. Then the University of South Wales showed over a season that 100 per cent of players' blood flow to the brain decreased and the cognitive function of the brain decreased over that season as well.

“We can’t change the past, but we can change the future and that is what Head for Change, Progressive Rugby is all about; to make this great game that we all love as safe as possible.

“I don’t think World Rugby have gone far enough with the change. It is just guidelines. People never stick to guidelines.”

One of Progressive Rugby’s fundamental principles was to reduce the risk of injury by limiting contact training, but they are also striving to improve concussion management, with an onus on extending the ‘Return to Play’ protocols to at least three weeks.

A bit of common sense. World Rugby Limiting contact training by 2023 to 15 minutes a week.
2 hrs 20mins was the worst “offending” team.
Remember that session in 2019….on the schedule as a ‘light session’. Great times.
Only question - why wait until 2023?

Whilst Popham recognises steps in the right direction are being made to reduce the number of brain injuries in rugby union, there is still work to be done to make the game safer.

“It is not enough,” Popham said. “90 per cent of the damage done to myself was done in training. I think people overlook that and think it is all about game days, but the damage of unnecessary hits to the head happen over and over again and sometimes the training is a lot more physical. It can be like the wild west because you have got players wanting to get in the team and players taking cheap shots, left, right and centre.

“The other big one is the return to play. I think with the research that has been done, it shows the current protocols aren’t working. There are current players who are playing now who have all been involved since the start of their careers using those protocols and one in four has got brain damage. That isn’t good enough. What Mum’s and Dad’s are going to send their kids to play rugby if those are the stats?

“Going forward, this needs to be looked at and we want to make the changes they announced on Thursday mandatory for all teams, not just for professionals because a brain is a brain whatever level you play at.

“I wasn’t looked after and there are lots of others in similar situations so there is more that can be done. As I say, yes, there are steps in the right direction, but little steps are not the answer.”