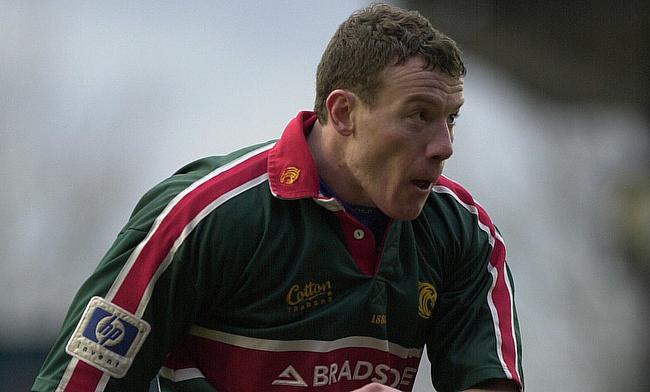 Tim Stimpson is part of the lobby group, Progressive Rugby, which is aiming to protect players from brain trauma
©Leicester Tigers

It feels as if perceptions are slowly changing. Even halfway through our phone interview, Tim Stimpson wants to revisit his first answer to acknowledge the increased conversation around the dangers of head collisions in rugby union.

He touches on Levani Botia’s sending off in last weekend's Champions Cup final as a prime example as to why the topic of brain injuries and concussions are becoming the number one priority in the sport he loves.

The La Rochelle centre smashed into Maxime Medard’s neck with his shoulder and was initially sent to the sin-bin by referee Luke Pearce for impeding Antonie Dupont’s quick tap penalty, but instead, the tackle was reviewed and the card was swapped for the colour red.

Stimpson also refers to his old Leicester Tigers teammate Austin Healey, who was part of BT Sport’s commentary team at Twickenham: “It was never deliberate, but the player never dropped his body height, he whacks the fella in the head and Austin was very vocal saying it was not a yellow, it was a straight red,” Stimpson tells TRU.

“Five years ago or maybe even last year, we might have all just said; ‘Oh that is a big hit, I hope he is OK,' but now it is; ‘That is a big hit, he has got to go.’ We say that at the top of the game, but it is the impact it will have on a Saturday afternoon or a Sunday morning for boys and girls.

The La Rochelle centre becomes the first player to be sent off in a @ChampionsCup final.

“We love the intensity, but we don’t want that to come at a price. I might answer the question you asked me five minutes ago a bit differently and say I have actually noticed a change in people’s understanding around the threats of collisions to the head.”

The fact Stimpson originally said he hadn’t seen many steps forward highlights the challenge which rugby union faces when it comes to preventing head injuries.

Back in February, he - representatives from all echelons of the sport - formed Progressive Rugby, who are working to improve the protection of players in order to achieve a safer game.

The creation of the lobby group followed a separate legal case which was launched against World Rugby, the RFU and the WRU by some of Stimpson’s peers after they were diagnosed with early-onset dementia which they claim was caused by a failure to protect them from the risks of concussions.

“To be honest, the first thing I did, I was quite selfish and I wanted to know whether or not my brain was OK,” Stimpson, who was capped 19 times by England, adds. “It was great for me to be able to talk to some of those doctors and be given a clean bill of health, but then also, I am in contact with and helping some guys who aren’t so lucky.

“Famous rugby players or former players have come forward and have been honest about the fact that they are brain damaged and they are really worried about their futures and with that, they also care about the future for players now. It is really sad for those boys so if Progressive Rugby can help all of them and prevent others from going the same way, it is really important.”

The value of talking and reaching out is something that can help drive change according to Stimpson. Ben Kay, another past colleague of his, is among a group of 50 former elite players who have recently signed up to help with research around Alzheimer’s disease.

Rather than bottling up unnerving symptoms and refusing to show any signs of vulnerability, the 47-year-old hopes people can be encouraged by past players wanting to be part of the study.

“No one is doing things and talking about their own stories to get on the tele, are they?” Stimpson says. “Not everyone wants to talk about the fact that they might have brain damage or dementia or Alzheimer’s or they might be becoming forgetful.

“Being scared is not something that is easy for men and women to talk about, but it is important that we do. This whole thing about being OK to talk about your mental and physical wellness, that is the biggest thing of all.”

Highlighting and talking about the prevention of brain injuries is key, but as part of Progressive Rugby, Stimpson wants studies and research to also help flick the switch for change: “Let’s try and use the science and if we have not got the science, let’s get the science so we can take steps forward,” Stimpson adds.

“It is not always this stiff arm or head to head contact which we know is dangerous. It is the stuff we need to find out about and that is really my interest as well.

“We have got to be innovative. With Progressive Rugby, I have been able to put forward a few ideas and I’d love quite a lot of studies to be done. At the moment, I am working on something called value metric profiling which is looking at the impact a concussion would have on how you feel about yourself not just on the rugby field but in your home life as well.

Are wearable technologies the answer? Could they help reduce the number of head injuries in rugby union?

Northumbria University are just one of many institutions conducting some extensive research around the subject matter #UniRugby https://t.co/9EWkvy4CUM

“What we need to do is move this into the scientific realm to get blind studies done on various things like eye-tracking technology [which is being trialled in the Super Rugby Trans-Tasman competition].

“Let’s look at the innovative ways that we can measure human performance to make sure if someone is starting to get poorly, we can pull them out and give them a rest or if they are good to go, they can go bone on bone and play on a Saturday. It is about giving players the peace of mind that what they do on Saturday won’t be something they will end up paying for in 20-30 years’ time.”

An underlying theme throughout our conversation is how passionate Stimpson is about the game. He admits if he was asked whether or not he would recommend kids to take up rugby, he would say yes but having experienced knocks to the head during his successful career, he is urging for the correct protocols to be put in place.

A couple of the changes Progressive Rugby are striving for are limiting the amount of contact training as well as introducing career passports for players which will mean “if someone has had a bang on the head, they lose that right to play until they are proven to be healthy.”

The reason for these aims and prioritising head injuries is simple for Stimpson: “The players themselves will always want to play. We used to call it the 'Peter Pan syndrome' of you will always be OK. Many times I played with a sore head and I don’t want players to be letting themselves hurt themselves so we just need to, as the whole of rugby, just work together and keep safe.”

This Leicester team can grow together

Last Friday’s narrow Challenge Cup final defeat to Montpellier may have seemed like a missed opportunity for Leicester Tigers, but Stimpson feels his old club are on the right path under Steve Borthwick.

Twelve months ago, the Midlands outfit would have been fighting off the threat of relegation from the Premiership if it wasn’t for Saracens’ salary cap punishments, but the turnaround in fortunes at Mattioli Woods Welford Road has impressed the two-time European Cup winner.

“I am delighted for Leicester and I am delighted for Steve Borthwick,” Stimpson adds. “He knows exactly what he wants and it is obvious that the players are responding. They are playing out of their skins at the moment and it is probably partly to do with the work which went in with Geordie Murphy at the helm before that.

“If you compare it to Chelsea in football, we don’t think Frank Lampard was a waste of space but having that new vision on top of what was being built seems to have worked and they are in a European Cup final on Saturday. Hopefully for Leicester, they can win their next European Cup final they get to.

"I think their positive season is really important for this city where I live. Rugby is being overshadowed by the football team and I’d be delighted for Leicester to carry on in the direction they are going.”

?? See the reaction to our European Challenge Cup Final defeat at Twickenham from:

The Tigers’ only aim for the last three games of the domestic season is nailing down Champions Cup rugby. Leicester currently occupy sixth spot with trips to Worcester Warriors and Wasps to come, either side of a clash with title contenders Bristol Bears.

The homegrown talent that has been on show this season has also caught the eye of former full-back Stimpson, with current No.15 Freddie Steward being tipped to represent England this summer.

“These lads can go grow together, can’t they?” says Stimpson. “You just realise with every final you play, ‘Oh god, that was quick?!’ You’ve really got to, as a young player, go out there and make things happen rather than thinking it is going to happen.

"That experience of knowing they got so close means next time they are on the field, they won’t be waiting to see what happens. Everyone will be stepping forward knowing they are good enough and it is up to them to make things happen and win the game.

“Coming back to players like Freddie, it is great to see young full-backs carrying the ball and having the confidence to have a go and make things happen. He is a great talent and I wish him all the best.”

Leicester Tigers “unrecognisable” as they bid to equal club record