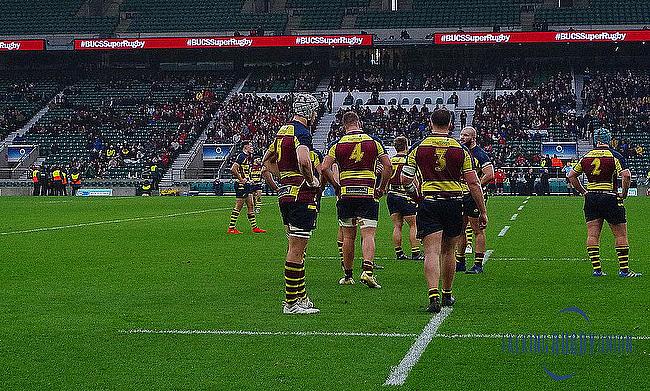 According to one of Cardiff Metropolitan's leading medical experts, rugby union must ‘change its culture’ if the sport is to begin reducing the number of concussions.

Earlier this week, the sharp focus on head injuries in the game continued after data revealed that one in five elite men’s players suffered a concussion during the 2018-19 season.

The survey from the England Professional Rugby Injury Surveillance and Prevention Project showed that 20.4 per cent of players sustained at least one match concussion, which was a 16 per cent increase from 2017-18.

In total, there were 166 match concussions as well as 38 training concussions, and for the eighth successive year, this form of injury was the most common.

Dr Matthew Attwood, who is the Head of Medical & Programme Director at Cardiff Met, told TRU that the information to reduce the number of head injuries is accessible, but the sport needs to broaden its horizons.

Are wearable technologies the answer? Could they help reduce the number of head injuries in rugby union?

Northumbria University are just one of many institutions conducting some extensive research around the subject matter #UniRugby https://t.co/9EWkvy4CUM

“For quite some time now, the Welsh Rugby Union, World Rugby and the RFU and most governing bodies have provided concussion awareness and concussion education resources,” Attwood says. “The sport has done a lot around this.

“The problem is there is still an issue in terms of it is voluntary for people to implement those resources and we want everybody to do it.

“If you have that ‘bucket and sponge’ approach where you say concussion is not a physical injury or maybe your team has got that ‘we’re tough’ mentality,’ it is difficult to move forward and teams just crack on. I heard someone say on a podcast the other day that you’re either hurt or injured and if you’re not injured and you are just hurt, you should play on.

“That mindset I am sure still exists, but it does not exist at Cardiff Met and it needs not to exist anywhere. It is how you change that culture and that is the challenge.”

In terms of evolving, there is specific surveillance in place at the top of the university game around player welfare and it is headed up by the University of Bath, who Attwood continues to have a close relationship with after conducting some research with the institution.

Attwood worked alongside medical experts such as Professor Keith Stokes and Dr Grant Trewartha to formalise a movement competency injury prevention programme in the community game.

As part of England Rugby’s RugbySafe programme, they demonstrated the remarkable impact of a new warm-up which can reduce the risk of injuries, including concussion.

Known as ‘Activate’ which focuses on balance, strength and agility, their findings from the adult community game revealed that concussion injuries could be reduced by 60 per cent if teams were to adopt the warm-up methods.

England Rugby and World Rugby went on to roll out ‘Activate’ and whilst Attwood admits their research did take place a couple of years ago, he believes, despite the evidence, clubs still choose not to follow the programme.

“The protocols are there and the resources exist across the game, but how do governing bodies enforce that?” Attwood says.

“Activate was originally being pushed by the RFU, it was then adopted by World Rugby, so it is out there to around 115 countries I think, but are people going to do it? That goes back to the club culture thing again.

“When we did the study, of all the clubs that volunteered to do this potential injury prevention warm-up, half of them stopped doing it. They just dropped out and they weren’t interested. When we tried to follow up and ask why, unfortunately, they gave us the cold shoulder so we don’t know. The clubs that did do it, the feedback was overwhelmingly positive. It helped them organise their warm-up, so I don’t know why other teams aren’t doing the same.

First things first, you need to Activate! @EnglandRugby's Activate programme is great to use as a warm up before your home training sessions and help improve strength, balance, agility and prevent injury! #UniRugby

“Within the BUCS Super Rugby remit [the top tier of university rugby], you think university rugby is quite research-orientated or evidence-informed. There is one club that I am aware of who do aspects of that warm-up which is really good to see, but of the other teams, very, very few. I know we have to continue adapting, but the research we did is still out there and it is clear the benefits it can have.”

Cardiff Met compete in BUCS Super Rugby, and because the league falls under the RFU’s bracket, there is ongoing injury surveillance on those participants.

Attwood and the university have also taken it upon themselves to drip-feed concussion and player welfare education to their students, which is mandatory for any 1st XV player involved with Met’s BUCS Super Rugby side.

“We as a team have taken baby steps to try and improve players’ exposure to things like these resources around concussion,” Attwood says.

“At the bottom of our club, players who just want to participate and throw a ball around a bit are probably harder to engage in these things whereas our ambitious players in BUCS Super Rugby are mandated to complete quite a bit of education which we incorporate into things like their strength and conditioning, for example.

“At our top-level, the players have to do it. If those things are not done, they can’t play. I am pretty strict with that and what is also important is that I have got outstanding support from other members of the rugby staff. They are very pro ‘what Matt says goes’ even if it might be detrimental to our team performance. We are just chipping away at that and it is developing each year.”

Attwood reveals that since BUCS Super Rugby was introduced in 2016/17, the measures which the university have put in place in terms of player education, rehabilitation support and managing players’ loads differently have meant Cardiff Met’s overall injury rate has dropped dramatically and is now one of the lowest in the league.

He hopes the alarming data and harrowing stories from ex-professionals about concussion will now encourage “players, coaches and parents” to engage with the information and resources currently out there.

“I personally believe that the things that need to be implemented now are or have been done,” he adds.

“Those measures are in place and what I am not saying is that they won’t improve. This is a hugely evolving climate so as we learn more about it and the means to diagnose concussion, then we can act on those and give clearer answers.

“We are definitely moving positively to an environment where playing injured is not accepted. It is very clear from all governing bodies that it is not appropriate for players to be playing injured, however, the players themselves and their clubs need to reflect that.

“I do see some real positives coming from these former players speaking publicly. They are bringing lots of attention to the potential risks of being involved in rugby. It should help to educate people more and we can be proactive about this.”