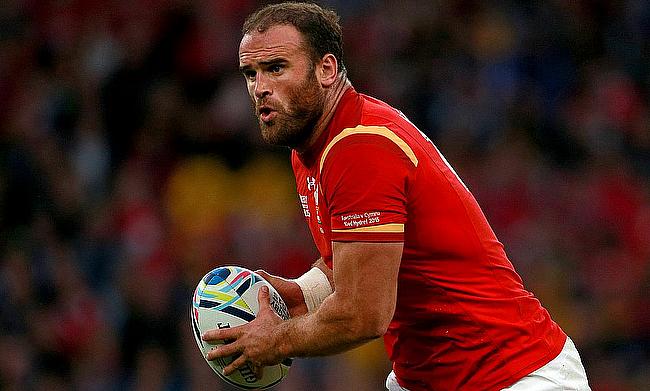 Adam Hughes Exclusive: I hope my story can send out a strong message
Legal action on concussion launched by former players against governing bodies
I felt incredibly well looked after during my playing days - Conor O’Shea
Greg Bateman Exclusive: Concussion problems need to be addressed sooner rather than later

Dragons and Wales star Jamie Roberts hopes the concussion cases in rugby will allow the sport to build on the 'significant' protocols which are already in place.

Steve Thompson, Alix Popham and Michael Lipman are among a group of former players who are taking legal action against the game’s governing bodies.

Roberts, who played against the aforementioned trio, believes increased information around head injuries will allow player protection to continue to evolve.

Roberts said: “The sport has adapted significantly to protect its players if we look at the game from where it was 10 to 15 years ago, to where the game is now.

“The game is looking after its players, now better than ever and it's doing that off the back of a body of evidence. In a sport that's relatively young, professional rugby has only existed for 25 years and there's knowledge around the injury.

“The knowledge around head injuries is still relatively young and we're learning more about it day by day and certainly the latest cases will add to that evidence which will best allow the rugby authorities to make the best decisions possible for the players.”

Roberts, who is also a qualified doctor, is no stranger to a serious blow to the head. Back in 2008, the British and Irish Lion fractured his skull against Australia in a collision with Wallabies captain Stirling Mortlock, but remarkably, the Welshman carried on playing for 15 minutes.

He even had a hand in Shane Williams’ opening try but Roberts says the protocols which are in place today means you will not see a player return to the field if he or she suffers a head injury.

He added: “The doctors and physios came on the pitch that day and checked I was okay. I felt okay. I hadn't lost consciousness or what have you, but it was a huge collision and I played on for a quarter of an hour. That doesn't happen now. We protect our players to a far bigger level now.

“Any knock on the head or any question mark over any player, they are removed from the field of play now. That's taken out the players hands and rightly so.

“Also, you talk about the HIA [Head Injury Assessment] and the graduated return to play protocol. You can't blag those. They're not tests that you can kind of blag your way through, whether you have symptoms or signs, you are removed from the field straightaway.

“If there's a question mark, you will not pass those tests unless you're ready to return to the field so I guess the changes that are made on matchday have been quite significant.”

"This is quite clearly only down to rugby. I am 30-years-old. I'm not going to have symptoms of natural brain issues at this stage if it wasn’t for that."

Former Dragons centre Adam Hughes spoke to TRU about the head injuries which led to his retirement.https://t.co/zZ4Pk6M9tM pic.twitter.com/7yf6ztq4ZD

Earlier this week, former Wales U20 centre Adam Hughes, 30, became the youngest player to claim he has suffered brain damage from rugby because the governing bodies failed to protect him from the risks of concussion.

The accounts from Hughes and his fellow ex-professionals have left many questioning whether the potential risks of playing the game are worth taking.

Roberts feels rugby is currently doing all it can to keep the players safe and insists he has always been aware of the sport’s dangers when it comes to injuries.

“The case with the recent rugby guys coming out and their diagnoses, it’s desperately sad and look, it's difficult for me to suggest anything we can change,” Roberts added.

“All I'll say is that the governing body has a duty to its players and I think it is a sport that over the last five to 10 years, certainly over my career, it's changed this rule significantly to protect its players. I can't see any more we can do as a sport on matchday to protect the players more.

“I fully accept what I put my body through. That's a decision I made as a player. As a professional rugby player, I love the game. It's given me far more than I could ever have dreamed of, but it was a decision I made; an informed decision I made knowing full well, the potential risk of injury and the consequences of playing the game.