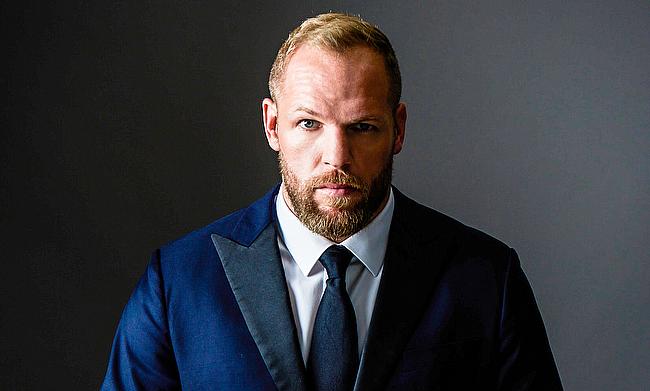 James Haskell retired from playing rugby in 2019
©The Good, The Bad & The Rugby

As ever, the mind boggles when thinking about the workload of James Haskell.

Before joining the Zoom call for this interview, a quick scroll through social media tells you that in the days prior the former England back-row has been DJing in the Alps and hosting a dinner in Rome, and a day later announced that he is expecting his first child with his wife, Chloe Madeley.

He sits in his home office, a familiar sight for watchers of The Good, The Bad & The Rugby, the 36-year-old having returned from Italy in the hours prior. England put their hosts to bed fairly easily, beating Kieran Crowley’s side 33-0 at the Stadio Olimpico, and picking up a first win in this year's Six Nations in the process.

In the hours that followed, the questions surrounding Eddie Jones’ side were familiar ones after another reshuffling of the side, the memory of the 20-17 loss to Scotland in Edinburgh still fresh in the memories of many.

“It was great to see a load of guys get another opportunity,” Haskell said. “Harry Randall getting his first start (in the Six Nations), a different-look backline, Dombrandt playing well, Ellis Genge playing well.

“Was it an exciting game? No. It was pretty boring. Were we always going to beat Italy? 100%. I think because we lost the first game against Scotland, and Italy played pretty well against France, that they (fans and pundits) thought there was going to be an opportunity (for an upset), but they (England) were never going to lose that.

“I think it is hard when you put a big performance in, where you force things – there were a lot of handling errors – but it was a won on a journey, no one is going to remember it, we just move on to the next game.”

Join the boys on the road through the streets of Italy's capital on this week's GB&R in partnership with @CityIndex ??

Available to listen to now on your podcast app ?? pic.twitter.com/0y6TVZdaQA

As it naturally would, the topic of conversation drifts to Haskell’s thoughts on the England back-row. This primarily was to do with the headache that Eddie Jones is faced with at present.

Against Tonga, Australia and New Zealand, England selected a back-row trio of Courtney Lawes, Sam Underhill and Tom Curry in each of those Tests. Fast forward to late winter and each of Lawes and Underhill are unavailable.

Tom Curry has naturally shifted to openside flanker for the opening games of the Guinness Six Nations, Lewis Ludlam and Sam Simmonds against Scotland, as Maro Itoje moved to blindside in Rome, with Alex Dombrandt completing the trio.

On paper, it seems as though Jones simply has a challenge picking his best side with players unavailable, although this isn’t the case in Haskell’s mind.

“I think fans and media don’t really understand that you are not going to see the same team,” he said. “There are different tools for different jobs and the balance of the back-row is far more important than anything else.

“It is who you are playing, how they play and what you want to do. Maro (Itoje) always plays well, but like any world class player, you can have a dip in form, and I think that moving him to six freed him up to play and carry, which he did, and get his hands on the ball and not have to spend so much time in the engine room, which can be very draining.

“You are never going to see the back-row in the same team line-up. It is about the squad and each one needs to fill into that spot, but you need to know what you are playing with, and in Scotland, it looked like that back-row was very dynamic, wanted to play a certain way and I don’t think the weather lent itself to them.

“If you are playing a South Africa, or a physical defence, you need to get over the gain line to create space, so you don’t pick a lightweight side, because it is never going to get through anyone.

“If you are playing a side that that you feel in two or three phases you can cut apart, then you pick a hybrid of different players. If you have got an amazing lineout option, then you don’t pick three midgets in the back-row, so you are thinking about all that.

“But fans, they all grew up watching grassroots, where the best player is the captain, or the first name on the team sheet. It is this old school way of thinking about stuff, but they will cotton on eventually.”

Prior to watching England’s encounter on the television, a scroll through social media coverage about the game saw criticism of the punditry team that contained 2003 Rugby World Cup winning coach, Sir Clive Woodward, and that team’s fly-half, Jonny Wilkinson.

Twitter users described the pair as ‘out of touch’, and this along with Haskell’s earlier comment about the media opened the floor up to what the 77-cap international thought about traditional media.

“How can you comment on what we are trying to achieve without knowing anything about it? I could go and watch Oasis play a million times, but that wouldn’t mean I know how to play the guitar. It doesn’t mean I know what goes on behind the scenes, and it is the same with rugby.

“There are a lot of rugby flirts. They are fans that flirt with it (the game), who only turn up for England in the Six Nations and it is the flirts that we have got to capture, to make rugby bigger, and the people responsible for those narratives are the guys that have not been around the game.

“They are the same people that in one instance ask for a personality and then want to shut down personality because it doesn’t fit with their old school values, forgetting that we are in the entertainment business.”

It was nearly 27 years ago that former England captain Will Carling made his infamous comment that English rugby was run by ‘old farts’ and this along with a perceived lack of diversity amongst those entrusted with the future of the game is exactly why thigs such as TikTok’s partnership with the Six Nations, as well as player-led podcasts gain such a swell of support.

Eddie Jones has named a 25-player England squad for a five day training camp in London.

There's a return for @Manutuilagi ?

In the case of Haskell’s podcast, The Good, The Bad & The Rugby, the analytics support this. Since launching in 2020, the podcast has gained three million listeners, as well as collecting 20 million views online.

Now going on a live tour at 15 venues across the UK and Ireland, Haskell believes that platforms like his podcast resonate with its audience because of his recent experiences in professional rugby, and the no nonsense manner in which he, Alex Payne and Mike Tindall MBE have their conversations, could be influential in securing new fans of the game.

“We talk about things on the podcast, then suddenly governing bodies are talking about it, because it is the truth,” Haskell said.

“Especially with rugby because it is for the most part middle class, old school, public school guys who up to a certain degree think they know what they are talking about because they used to do it, in the same way they see a backrower and that the seven needs to be small because they used to see Peter Winterbottom and Neil Back, they just don’t know what they are talking about.

“We are trying to slowly break that down without being too nausey and going into detail, talking about the importance of having fun, having personality, why you should develop the game and also to reveal what actually goes on, what actually happens in the training room, what these players are actually thinking, as opposed to the same old guys setting the agenda for flirty rugby fans who think that everything they read in the paper is gospel.”

Mike Tindall, along with James Haskell and Alex Payne, will be taking The Good, The Bad and The Rugby podcast on a LIVE tour from April 29th.

Tickets are on sale NOW from www.cuffeandtaylor.com