What kind of team are Wales? 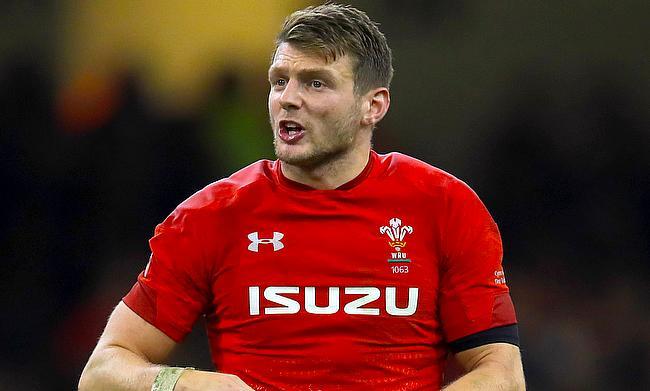 Wales lose Cory Hill to injury for the remainder of Six Nations
Wales keep Grand Slam hope alive with 21-13 win over England in Cardiff
Wales receive Dan Biggar and Leigh Halfpenny ahead of England clash
Wales - What does 2019 hold for Warren Gatland's side?

On the face of it, the question, “What kind of team are Wales?” is a pretty simple one: they’re a winning side.

And you don’t win 12 games in a row by accident so they’re obviously also quite a good side. But, despite months of media commentary that Wales were “flying under the radar”, they have continued to do so.

Partly that’s because, until the England game, they didn’t have an obvious “big win” like Ireland and England have done. But it’s also because it’s difficult to pin down how Wales play. And that might actually be why they’ve been doing so well.

For their summer tour of 2018, Wales rested most of their British & Irish Lions and took a young squad to Argentina where they played some lovely attacking rugby, after winning a broken, ugly game over a weakened South Africa side in the USA.

They followed that up by out-muscling Scotland in the autumn, out-kicking Australia, sparkling once more against Tonga, and then achieved a first ever autumn clean sweep by beating South Africa with an excellent defensive performance.

Their opening game of the Guinness Six Nations against France saw them come back from a record-breaking 16-point deficit as an initially-impressive France collapsed. In the second round, a much-changed side laboured past Italy. In their third-round win over England, they soaked up pressure for 60 minutes before getting back into the game with 34 phases of mostly pick-and-go rugby and then using a brilliant cross field kick-pass and high take to seal the win.

That’s 12 games and a lot of different ways to win. At times they have played some lovely attacking rugby but, just as often, they’ve won ugly – sometimes very ugly. They’ve won games at a canter, come from behind, and fiercely defended a clinically established early lead. So what kind of team are they? And how serious is this winning-streak.

It’s all in the mind

Rugby is a game where physicality is crucial. But it’s also a complex sport where mental strength matters a great deal. We see it most when kickers take crucial penalties or drop goals towards the end of games but it’s essential all over the field. Wales vs Australia was an awful game for the neutrals to watch but it was notable for the way that the Welsh players finally got the monkey of losing to Australia off their back. Much of the commentary after Wales came back to beat France in the opening round pointed out how accustomed to losing that French side had become and how used to winning Wales had.

From making the right decisions under pressure and maintaining discipline, to knowing how to manage the ref and adapt the game plan, to changing the pace of the game and the level of niggle, clear minds matter. All those issues were in evidence in Round Three against England. The Welsh players looked like they had a plan and were confident about executing it.

From the start, presumably aware of how quickly England have been scoring in their recent games, Wales took their time walking to lineouts and scrums, taking the pace out of the game and chipping away at England’s momentum. They took every opportunity to provoke Kyle Sinckler while also seizing chances to show the referee that they didn’t want to get involved in any fights when provoked. They conceded three penalties all game, two of which felt borderline. They had seen how England had battered Ireland and bamboozled France but calmly met their opponent’s physicality and kicking game, happily returning fire and biding their time.

In the past, Wales have crumbled under pressure, most noticeably against southern hemisphere opponents. Their new mental toughness was demonstrated perfectly by Dan Biggar against England, who came off the bench with the game in the balance. Some players might have been understandably affected by nerves, having been on the sidelines as the Principality Stadium slowly ramped up to feverish levels. Instead, he immediately cleared a ball 60 metres downfield as though under no pressure, then leapt in the air to take one of England’s kicks before assisting two tries, the second with a gorgeous one-handed take and seamless crossfield kick. This is a Wales side that rarely makes mistakes under pressure any more.

One of the true constants of Wales’ success under Warren Gatland has been defence. With Shaun Edwards’ constantly evolving defensive plans, they have consistently been one of the toughest teams in the world to get past. That has been particularly true recently. In 2018, they had the best defence in world rugby, conceding an average of 14.7 points per game over 12 fixtures (including 37 in their loss to Ireland). For reference, Ireland conceded 15.3 on their way to a Grand Slam and New Zealand allowed 18.2 points per game past them as they won the Rugby Championship.

A few years ago, after the last Rugby World Cup, it looked like the cliché that ‘defence wins games’ would have to be retired, as the free-scoring southern hemisphere sides obliterated their defence-minded northern counterparts in the quarter-finals. All the talk was that teams would need to score at least three tries to win games.

Wales officially ranked as the best rugby team in the world when it comes to defence https://t.co/hYX7YJtEi5

Then the British and Irish Lions went to New Zealand and proved the value of a good blitz defence and smart kicking game when complemented by some creativity in attack. Last autumn, England and Ireland reiterated the point against New Zealand and Wales have also proved it repeatedly. That’s not to say attack doesn’t matter, just that defence can change the momentum in a game. England’s defence against Ireland in the opening round of the Guinness Six Nations set the whole tone of the game. Wales’ defence against England in the third round prevented them from getting off to their now trademark fast start and wore them out by the final quarter. If Wales continue to do well, a large part of it will be down to executing Shaun Edwards’ vision.

Wales have scored nearly double the number of points in the second halves of their games than the first. That number is slightly skewed by the 50 unanswered points they scored in the second half against Tonga but it also reflects the games against France and England, where they came out at half time to score 24 and 18 points respectively. In games where they haven’t picked up points so freely in the second halves, such as against Scotland and South Africa, they have defended leads fairly comfortably. That reflects two things: fitness and squad depth.

A focus on fitness is something that former captain Sam Warburton has repeatedly highlighted about Gatland’s tenure as Wales coach. The New Zealander immediately upgraded Wales’ fitness and conditioning facilities and has continued to keep Wales one of the fittest teams in world rugby.

Even with the eight replacements available in modern rugby, fitness counts. Not only does it mean you can keep your strongest players on the field for longer, it means the minds of players are better able to make difficult decisions in the dying stages. It means you can defend that four-point lead or pull away to score the bonus point try. Against England, Wales were involved in a fiercely contested gainline battle for much of the game but their fitness levels allowed them to keep going and execute 34 flawless phases to score a try.

Average temperatures in September and October in Japan are 18–24C and it can get quite humid. Teams will need to be fit to keep up and Wales look to be in a good position.

Warren is the man

Probably the simplest way to answer the question, “What kind of team are Wales?” is: a Warren Gatland team. Gatland has often been accused of turning out one-dimensional crash-ball sides but he has won numerous domestic, European, and international trophies with different sides playing different styles. He has taken Wales to a World Cup semi- and quarter-final and he’s been on three Lions tours, leading two, including the drawn series against New Zealand in 2017. That’s a seriously impressive CV and this Wales team reflects that.

Over the summer and autumn, Gatland has gradually increased the depth of the squad available to him, regularly starting more junior players to give them much needed experience and that shows in the squad he now has. Wales currently have a significant injury list and it hasn’t been particularly obvious because the junior players have looked comfortable stepping up. In previous years, a player of Leigh Halfpenny’s calibre might have been rushed into the side without the time to get fully fit after an injury but Gatland’s long-term work is paying off.

Warren Gatland will be looking for his 11th straight win over Scotland as Wales head coach on Saturday at Murrayfield https://t.co/xN1tUrhnbK

Against England, he pulled a tactical surprise, naming North on the right wing and encouraging him to talk up the aerial and speed battle against Johnny May, who has been in blistering form, before the game. He then positioned North on the left wing throughout the game. Josh Adams, with his greater aerial ability and defensive excellence, instead faced May. Not only did May have his quietest game for a while as his opposing wing claimed kick after kick, Adams scored the winning try.

Wales are a smart, savvy team that play to their strengths and adapt their game. The fact that they have won in so many different ways is a reflection of the players’ ability and Gatland’s mentality: he isn’t wedded to any ideological style, just to winning. And the fact that Wales don’t have a recognisable style could well make them tougher to beat for opposition sides – it’s hard to neutralise an approach that you don’t know is coming.