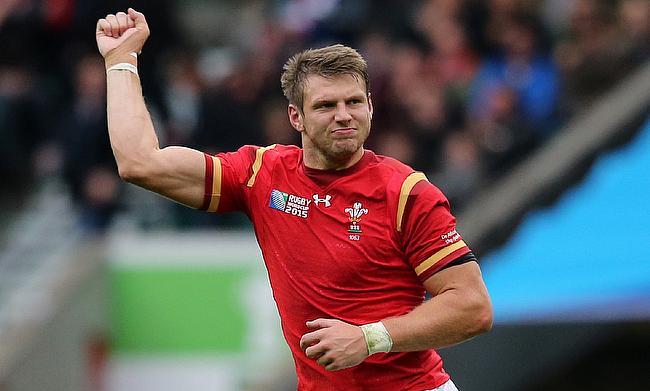 Wales end autumn international campaign undefeated after beating South Africa 20-11
Second half dominance sees Wales trounce Tonga 74-24
Wales register first win over Australia in 10 years after edging them out 9-6
What can we expect from Wales this autumn?

Wales went about their business with minimal fuss this month and according to Rhiannon Garth Jones, that bodes well for not only the Six Nations, but next year's World Cup in Japan.

It’s been a strange old November for Wales fans.

A first ever clean sweep of the autumn internationals, a first triumph over Australia in a decade, the fourth victory in a row over South Africa and nine successive Test wins (for the first time since 1999). Wales sit third in the world rankings as Christmas approaches and it’s hard to argue against it. It’s been impressive.

More than that, Wales have done it without ever playing their best team. Adam Beard has had an excellent autumn but few Wales fans would rate him higher than Jake Ball, Cory Hill, or even Bradley Davies – Alun-Wyn Jones’ more regular partners. Ross Moriarty is a British and Irish Lion, but there isn’t a team in the world who wouldn’t miss Taulupe Faletau. It remains to be seen whether Josh Adams and Nicky Smith have forced their way into the first choice XV, but they probably weren’t there at the start of the month.

Samson Lee, Josh Navidi, Scott Williams, Hallam Amos, Aaron Shingler and James Davies were all among those missing this autumn. In the past, Welsh teams have often been let down by a weak bench but Gatland was able to field replacements of the calibre of Dan Biggar, Rob Evans, and Liam Williams.

Wales keep hold of that lead to wrap up the win!

In the last Rugby World Cup, Wales found their campaign derailed by a long list of injuries – it would have to be a truly remarkable injury list, even by rugby’s current standards, to have the same impact in Japan. Warren Gatland is building something special for his third and final RWC with Wales.

Against South Africa, Wales lost one Lion (Faletau) and replaced him with another (Moriarty). They then lost another (Dan Lydiate) and his replacement, Ellis Jenkins, was Man of the Match. And that’s just the start of the depth.

Aaron Wainwright only has five caps, but slotted in seamlessly this autumn. Seb Davies continues to play out of position and still look quite good, all things considered. Smith has come on leaps and bounds in the tight and loose, has carried well, and been heavily involved at the breakdown. He might not have replaced Rob Evans as the first choice Welsh loosehead just yet, but he certainly made his case.

In the backs, Gareth Anscombe has had a quietly impressive autumn, having been trusted with the 10 jersey in the three bigger games. He has made some errors but worked hard in defence and got his backs moving well. There is clearly more to come from him and it will be interesting to see if he retains his starting berth. Tomos Williams has also done very well off the bench, although perhaps not enough to unseat Gareth Davies. The debate over both half-back positions remains strong, but all the candidates look extremely competent right now, with Rhys Patchell and Aled Davies also having positive cameos.

Elsewhere, Josh Adams was highlighted after the Australia game by Gatland. He is known for his try-scoring, but his defence has been excellent. Even in the centres, arguably Wales’ thinnest area in terms of squad depth, Owen Watkin continued to look like a promising talent and Tyler Morgan impressed in his one apperance. Both seem likely to get more game time during the Six Nations.

Add the relentless Ken Owens, a Justin Tipuric in the form of his life, Jonathan Davies getting back to his best, Dan Biggar, Liam Williams, George North, Leigh Halfpenny, and, of course, Alun-Wyn Jones, and that’s some squad Gatland has at his disposal.

Monkey off the back

The Wales vs Australia match-up has had the flavour of Greek Tragedy for Wales fans over the past 10 years. No matter the form book, the strength of the sides on paper, or the performances in the game, Wales somehow contrived to lose. There have been agonisingly close, last-gasp losses and humiliating defeats. There have been World Cup games and autumn friendlies, as well as a whitewashing down under.

So as ugly as the 9-6 victory over the Wallabies was to watch, Wales fans will be delighted to have got the win. It’s hard to remember an Australian team as bad as this one but that’s no longer relevant to this rivalry. Both teams are in the same World Cup pool, along with a frightening looking Fiji, and Wales will now be the favourites to top the group. That’s huge.

It’s not just Australia. Wales tend to struggle against all three southern hemisphere sides and, frankly, have had their troubles against tier 2 nations in the autumn. This Springboks side are much better than the iterations Wales have overcome since the last RWC – they just beat New Zealand away, after all. And previous Welsh teams might have become flustered when they were pegged back to 24-24 by Tonga, but this one regrouped to score 50 unanswered points in style.

Wales often struggle with the favourites tag, but this autumn, they beat four teams with very different strengths, all of whom were below them in the rankings. That might sound the opposite of impressive, but the assuredness with which they defended, took their chances, and saw games out when they would previously have lost their nerve is definitely a positive.

Having said all that, Wales still have a way to go. You wouldn’t back them to beat New Zealand right now (although they would probably get a lot closer than they have done for years) and Ireland, even in Cardiff, will be a tough proposition in the Six Nations. Moreover, Gatland has never beaten Eddie Jones’ England, although 2018’s game was close. If they want to assert themselves going into the World Cup, those two scalps are needed.

On the other hand, Gatland has made clear he is quite happy to let England and Ireland take the plaudits. He has also said that everything over the next 10 months is about arriving in Japan in perfect condition. Beating England and Ireland might well, therefore, take a back seat to further honing his squad.

Wales officially ranked as the best rugby team in the world when it comes to defence https://t.co/hYX7YJtEi5

So, don’t be surprised if every Welsh line-up for the Six Nations contains at least one player you don’t expect. Biggar and Tomos Williams might need to spend more time playing together, and the same goes for Hadleigh Parkes and Morgan, as well as Owen Watkin and Jon Davies. There are so many back-row options now that a different combination could start every game. And – who knows – Seb Davies might even get a game at lock!

Most importantly, don’t be surprised if Wales have their best ever World Cup in 2019. They had the meanest defence in Test rugby in 2018, their attack is becoming clinical (and occasionally, as we saw against Tonga, thrilling), and squad depth is no longer an issue. Plus, Gatland is one seriously savvy coach. He doesn’t always get the praise he deserves but he knows what he’s doing. And he’s doing it very well indeed.