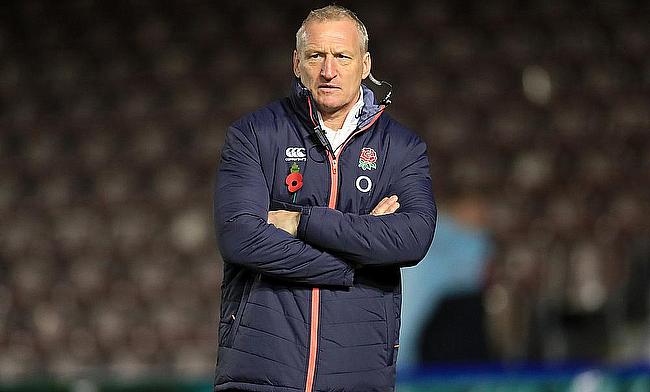 Flo Long Exclusive: “My mum is the kindest person and the rugby community is being really supportive”
Cara Cookland and Trudy Cowan Q&A: We have to fight for each game but we're getting a chance to build
Sarah Beckett Exclusive: 'It's probably been the toughest year in my career'
Georgia Evans Interview: 'I want young girls to see there is a chance for them to play for Wales'

The TikTok Women's Six Nations kicks off this weekend and it signals the start of an exciting, but crucial few months for England.

Simon Middleton's side travel to Edinburgh to take on Scotland in what's sure to be a thrilling opening encounter and TRU's Elizabeth Cartwright sat down with the Red Roses head coach this week to discuss some standout moments during England’s current 18-match winning streak.

He also looked ahead to the championships and even had time to quiz Beth on her favourite moments as a coach, as well as the importance of growing the game at grassroots level.

Beating France and New Zealand are right up there for Middleton

Middleton has seen his team produce some fairly impressive displays in recent months as the Red Roses continue to look unstoppable. However, he said defeating France and the Black Ferns were up there with some of his best memories as Head Coach: "Some of the games we’ve played against France have been fantastic,” he tells TRU.

“They’re always so different and they have produced some great games against us and close ones. Obviously, the two games against the Black Ferns we played in the Autumn, especially the game at Northampton (a 56-15 win) were brilliant too. The one where we played France (a 25-23 victory in November 2021) and we were losing with not long left was brilliant as it showed real grit and determination to win it at the death.

“During that period, we really worked on leadership and staying tight-knit as a team. The leadership that Scaz (Emily Scarratt) showed that day was brilliant and what we needed to see us through”.

Red Roses strength in depth and assessing the Six Nations

This remarkable run England have stitched together leaves them clear favourites to secure a third successive Six Nations Grand Slam and whilst that will be the main focus for the Red Roses, the glittering prize of the World Cup is now just six months away.

Middleton says he can’t wait for the tournament to begin in New Zealand, but knows there’s a lot of hard work to put in between now and September. The Six Nations, though, will help them prepare for that. “It’s always in the back of our minds but the Six Nations allows us to build up to it,” Middleton adds.

“The fact it’s the last Six Nations before the World Cup helps us fine-tune everything, look at different combinations and just tick the final boxes as such. It’s a little bit different for us this year because it moved a year.

“These young players that have been knocking on the door are now kicking the door down! It’s going to be a really competitive Six Nations in terms of for us, in terms of the squad.

“You look at some of the players who we’ve named in the wider squad and who sort of surfaced last year like Maud Muir, she’s sensational. She’s come onto the scene and she’s an absolute genuine world-class contender. You look at some of the other players like Sarah Bern and Zoe Aldcroft, they came from nowhere in 2017 and were playing in different positions. You’ve got exciting young talent coming through like Heather Cowell who has really started to show some great form and is a lethal finisher. We’ve got a couple of players still on the sidelines who could definitely feature if fit. It’s going to be exciting.”

This year’s Six Nations sees the Red Roses play at Kingsholm and Mattioli Welford Road - home to two men’s Premiership clubs, Gloucester Rugby and Leicester Tigers respectively. Whilst England are maintaining their ferocious pace on the pitch, their continuous strides off it are highlighted by the selection of both venues.

“Gloucester and Leicester; there are no better two hotbeds of rugby is there?” Middleton says. “It’ll be immense, particularly playing Wales in Gloucester. Hopefully, we’ll get a huge amount of Welsh fans that come across. Ticket sales are going really well we’ve heard. It’ll be fantastic to play in a new venue - two really knowledgeable rugby crowds.

Simon Middleton has named his team for our opening game of the @Womens6Nations ??#SCOvENG | #WearTheRose

“Also, being able to invite more young boys and girls into stadiums will hopefully encourage more of them to take an interest in the sport. There’s a whole different vibe around the stadium when you see young boys, in particular, watching the game. We love to see it”.

The growing swathes of Red Roses fans haven’t seen Middleton’s charges lose since 2019, but below England’s dominance, there is now a sense of optimism amongst the other home nations.

Last month, Scotland were able to secure their place at the World Cup whilst there is a new era beginning for Ireland under Greg McWilliams and over in Wales, this will be the first Six Nations where their squad will contain professional players.

Asked whether this would make Wales a force to be reckoned with, Middleton believes it’ll take time but is hopeful for the side: “Right across the board, there’s potential to see some great games. You would expect games to be super competitive.

“I think what we have to do is cut Wales a bit of slack. People will expect an awful lot from them but getting the contracts takes time to embed. I remember being asked a similar question when we (the Red Roses) became fully professional and will we see a different England side.

“That’s what being full time buys you. They’re spending a lot more training time together. It’ll be interesting to see how well they go. Playing them, they’re always passionate which is great.”

After collecting his MBE two weeks ago for his services to English rugby, I asked where Middleton’s coaching career began. Ironically, he wasn’t interested in coaching when he was younger: “I stumbled through my whole coaching career and didn’t have ambitions to coach.

“I finished playing and got asked to stay on and do some skills coaching. I accepted the role because I wanted to stick around the rugby environment. I got into it a bit and took on the role of defence coach at Leeds, got into the Premiership and then all of a sudden, it became elite level.

“I often get asked what it means to win the coaches award and for me, it really accentuates the credibility of the women’s game, on and off the field. If you look at some of the coaches I’ve worked with, it’s been a great opportunity for them to get involved at a higher level. It won’t be long before the whole role within the women’s game itself is what people really aspire to."

As the interview was drawing to a close, Middleton asked me where my love for rugby came from and what were my highlights as a coach so far. I coach the U9s and the newly formed girls' team at St.Ives RFC in Huntingdonshire.

18 wins in a row ?
Top of the world rankings ?
Three consecutive Six Nations titles ?@EnglandRugby's Simon Middleton is the World Rugby Coach of the Year#WorldRugbyAwards pic.twitter.com/sVn6xCBuL8

“I’ve been watching games since I was six years old. I played myself and was captain at my college for three years. I’ve been coaching at St.Ives since January of this year - I love seeing the enjoyment on a child’s face when they’ve scored a try or won a penalty. I thoroughly enjoy teaching children new skills too, their face when they’ve mastered it is a picture. Rugby is a huge passion of mine and giving something back to the game is very rewarding. I can’t wait until our girls’ team has some games to participate in."

And even though England and Middleton are about to begin a potentially memorable few months, the Red Roses head coach finished with some wise words for me: “Keep at it because you never know where you may end up, we may see you there one day!

“Whenever the Red Roses are asked what they remember about playing rugby when they were younger, it’s their coaches that are mentioned at grassroots level as they are what kick start it.”