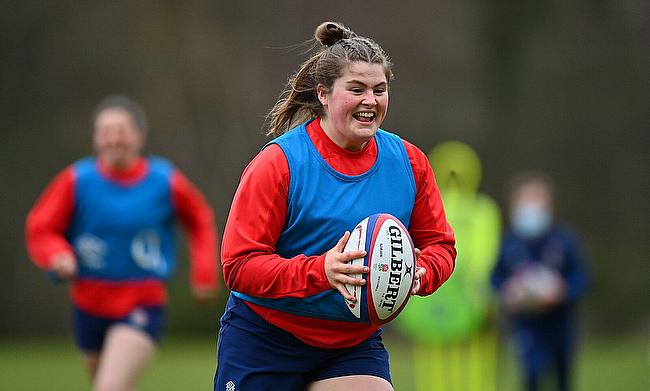 As much as Maud Muir might be 19, the way in which the prop plays the game is far beyond her years.

On her last outing against Sale Sharks three weekends ago in the Allianz Premier 15s, Muir scored a hat-trick of tries.

Her talents were spotted early on at her grassroots club's Oxford Harlequins and the Gosford All Blacks before graduating to play age-grade rugby at county level where she represented the South West. She then moved into Wasps’ Centre of Excellence before graduating to the seniors in 2018/19.

“I think at the beginning I definitely didn’t think rugby could be my actual life, that I could make a career out of it," Muir says.

“I am still obviously unsure, but it is looking in the right direction. Hopefully in a couple of years, the Premier 15s will be paid, but I never thought that would happen. I just did it because I love it.

“I just wanted to be the best rugby player I could be, whereas now this could actually be my job. That’d be quite cool.”

Having made 25 appearances for Wasps Ladies in the Premier 15s since making the jump to senior rugby, Muir has, of course, been playing this season under the adapted laws.

These amendments have seen over a 75 per cent reduction of scrums, whilst changes in the maul also mean fewer players are involved in that facet of the game.

For a developing tighthead prop, you would think this was detrimental, however, the reality is much different. 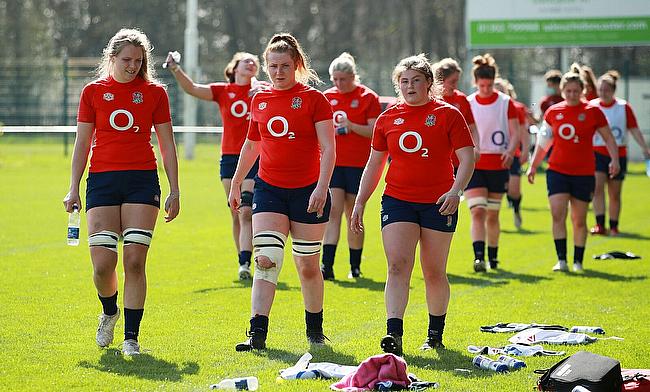 Several weeks ago, Wasps Director of Rugby Giselle Mather said the adaptions could prove to be the blueprint to rewrite the foundations of rugby and it is clear to see why.

She went on to say how she has really been able to coach the core skills of rugby and not focus so much on the set-piece.

With only two to three scrums in a match, there has also been a faster, more free-flowing game of rugby which has attracted plenty of eyes on the various live streams available to fans.

“I think it has been a good and a bad thing,” Muir says. “Obviously, I am a prop, so I need experience scrummaging, but going into camp with England (for the Six Nations), I have really focused on scrummaging.

“Whereas at the club, I feel a lot more agile. I can get around the field better and do things I wouldn’t have done a few years ago if it were full scrum rules.

“I think it has been pretty much all in open play, to be honest, maybe lineouts as well. I have been throwing a bit in the lineout as well.

“I just think being able to work harder off the ball, to get me into better positions to run the lines I run and be able to get back in the line once I have made a tackle, that kind of thing, has been different.

“I have had the energy to do that for 70 minutes or so, whereas I don’t think I’d be able to do that if I had scrummaging.

“So, I think it has been good and bad at the same time, but I am excited for the new season when the rules are back and hopefully I can bring what I learnt from this season into the next and be both a prop that can scrummage and a prop that can get around the field.”

In the midst of university studies, Muir talks to TRU as she catches up on lectures, having been part of England’s Six Nations camp for the past three weeks. 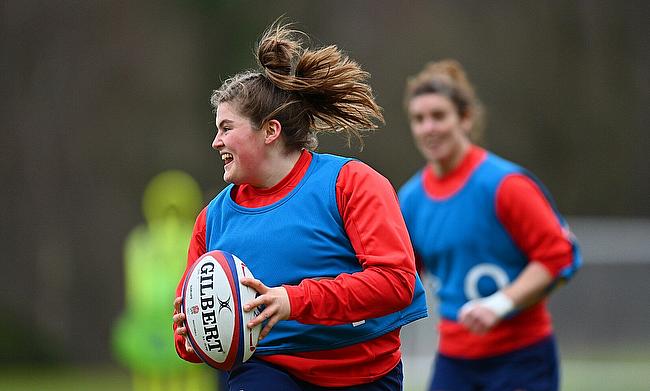 Named in Simon Middleton's plans as a development player, Muir has been spending plenty of time with England’s senior squad members and bending the ears of Vikii Cornborough, Hannah Botterman, Shaunagh Brown and Bryony Cleall.

In fact, Muir was named as a non-playing reserve in the opening two Six Nations games against Scotland and Italy.

Clearly rated by her national team coach, the teenager says she is making the most of her time in camp with 37 of England’s highest-rated players.

“It has just been a completely new environment and I really wasn’t expecting to be in the squad,” Muir said. “For the past two games, I have been non-playing reserve, so you get the whole experience of the game without having to do the game.

“You get to experience it, but kind of without all the nerves. I have not felt nervous the night before or anything because I know I am not going to play.

“I still get to do the warm-up, so when the time does come, I will be a bit more relaxed and less nervous, which will be helpful for my first cap, hopefully.

“Obviously, I want to be able to play, but being in that team environment and being around the girls who are so lovely and really make me feel involved has been really, really good.”

From looking at Muir’s achievements, it is clear she is destined to play at the very top of the game for years to come.

There is possibly even the argument that she has followed the exact pathway that has been set out for the Red Roses of the future.

“I can’t even remember when I first started wanting to play for England,” Muir said. “I don’t remember it being a goal of mine when I was younger. I just wanted to play, really.

“I loved the whole game. I think that when I started getting into Divisionals when I was about 15 or so, that’s when it started to become a real aspiration of mine.

“When I got into Wasps, I was being coached by Nolli (Danielle Waterman) and I think that is when I was like, 'I want to play for England, I am getting close now, it is within reach.'

“Being exposed to such a high level has definitely been a driving point to playing for England.”

Not playing this weekend in Wasps’ trip to Gloucester-Hartpury, Muir will instead be joining back up with her England teammates ahead of the Six Nations finale.

Right now, she calls her former opponents colleagues and the time she spent playing against them in her early days has instilled a self-belief to push Muir further and further in the women’s game.

“I definitely remember playing against Sarah Bern or Cornborough in the scrum,” Muir said. “I used to think about how they play for England and that was a bit scary.

“But, once you’re playing, you don’t actually think about them being an international. I am playing for Wasps, I am doing my job, I am going to get this done.

“You don’t think about how they have got however many caps for England. You don’t really think about that when you are playing.

“I definitely used to get a bit more daunted by international players, but I think being in the U20s and now going into camps, it has made me more confident and made me think that I am not too far behind them and I can give them a good run for their money.”