Simon Hammersley Column - 'Last year was a statement from Newcastle' 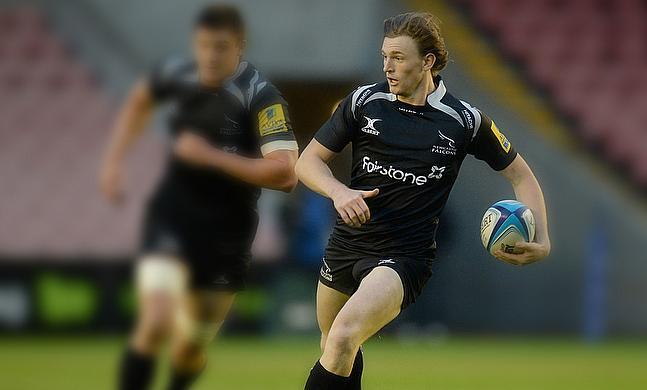 ‘Hopefully we can keep building’

Last year, we got into the top four and at the start of the season, we probably expected we could do it while people outside the club probably didn’t think it was possible.

A few years ago, we finished towards the bottom, then eighth place and now fourth so hopefully we can keep building on that.

Squad depth wise, we were also good. We were lucky with injuries. Some of those big teams didn’t have that depth and a few injuries meant they looked a bit thin. For us, I think we managed to get on the good side of injuries.

Also, a few of the boys have been here seven or eight years and then there are a few like me or have played for the club for three or four years so I think we built that experience together which really paid off.

Opportunities can arise for young Falcons

I think it is all about taking your chances. When I joined the club five years ago, I came with nothing to lose. I wasn’t sure if I was going to stick with rugby or go on to a different career so when I got told I was getting thrown in straight away, I thought, I might as well go for it!

Playing at Welford Road was my first game so it doesn’t get bigger. If any of the younger boys ever ask me anything, you do have to say it is a bit of a waiting game.

Now, there is a big push for careers after rugby so there is nothing better than having that degree already behind you. It makes you a bit more relaxed when you are in the professional atmosphere because you know you have got something to build on after rugby as well.

Back three wise, we’ve got George [Wacokecoke] at Northumbria University, Adam [Radwan] through the academy, Charlie [Wilson] and Ben [Stevenson] who were at Durham University and they are all really talented and it makes me feel old!

As long as university rugby sticks with what we had when I was at Durham - which was running with ball in hand, improving your skills levels and fitness - then I think it is the perfect transfer to professional rugby.

‘You couldn’t pick a tougher start!’

It is the first time a lot of this squad will experience Champions Cup rugby so that is obviously a huge step up.

We start with Toulon away, but I think we have got a good group. If we can back ourselves at home, which I think we will, we can take a couple of scalps away and then you never know because you can get through to the knockouts.

League wise, I think it is a matter of consolidating and hoping to build on finishing fourth. It will be a very tough league this year, but we are pretty well prepared.

You couldn’t pick a tougher start than Saracens, but I don’t think it is a bad time to play them to be honest! It is a new season. We saw London Irish beat Quins at Twickenham last year so as you go into it, no-one knows any form so I think it is a great time to play them and hopefully we can get a big crowd at Kingston Park. It would be great to kick off with a win.