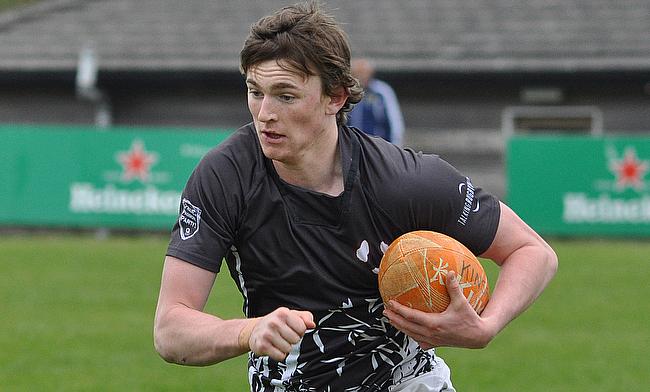 Newcastle Falcons full-back Simon Hammersley has revealed he doesn’t think he would have been a professional rugby player if he hadn’t gone to university.

The former Durham student has really impressed at Kingston Park since making his first XV debut for the Falcons in September 2014 after completing his degree at university.

Hammersley has racked up over 50 appearances for Newcastle since then and the 24 year-old puts his progress in the professional game down to the success and experience he had during his time at Durham.

“If I hadn’t gone to university, I wouldn’t be a professional player," said Hammersley. “There has been a bit of a luck involved with the quality of teams I played in, but that only gave us the opportunity to shine and we were able to do that.

“I really enjoyed it at Durham. It was obviously a big step up from school rugby. I played a bit of club stuff with Hull Ionians, but I think skill wise, university rugby was a step up.

"I think there are a lot of different pathways into the game. If you want to get an education, you can still make it in the professional game. I don’t think I would have had an interest in professional sport when I was 18.

“I think with university, you get better physically and more mature so as well as getting a degree, you also learn life skills which help you adapt to the professional environment.

“With all of that combined, you feel ready to kick on and I felt like that I suspect the likes of Josh (Beaumont) and Sean (Robinson) did too.”

Hammersley also expressed how the expansive brand of rugby Durham played only enhanced his development during his time at the university.

He was part of the Durham side that clinched the BUCS Championship at Twickenham in 2013 and he feels BUCS Super Rugby will only encourage players and teams to showcase their skills.

“As an outside back, it was pretty ideal to play in a team like Durham,” he told TRU. “We had very strong teams and some of those players have gone on to play professionally. We played a style which got the best out of us.

“Nowadays, university rugby is even bigger than it was when I played!  With BUCS Super Rugby it is promoted really well and easily accessible for people who want to watch.

“There is a lot more exposure across social media too. It also seems much more professional. We took it seriously and trained hard, but it seems like there is a much more serious outlook now which obviously leads to a better standard.

“I think if they can still encourage teams to play this open brand of rugby, it helps develop skills at university and it allows players to express themselves. Of course, you play to win, but it is a great platform for players to showcase what they can do.”

And Hammersley has been impressed by some of the current Durham players such as Charlie Wilson and Ben Stevenson who are on the books at the Falcons.

He added: “I have been down to watch a couple of Durham games this year.

“The likes of Charlie Wilson and Ben Stevenson are great to watch because every time they and others come back into training, they seem to have improved and that comes from learning the game at university as well as in a professional environment.

“If you get the balance right between rugby and your studies it is key for the all-round enjoyment and with the guys I have just mentioned, you can clearly see that.”