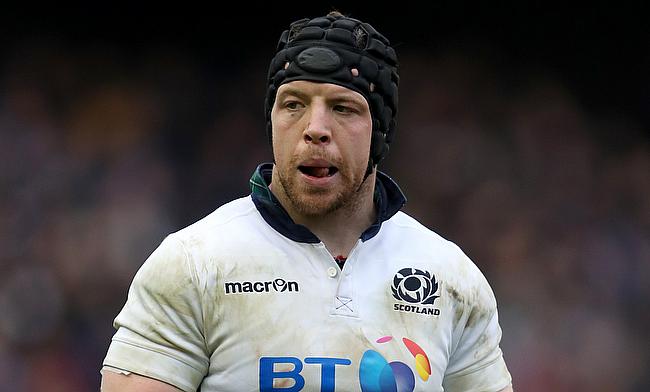 Edinburgh prop Alasdair Dickinson believes Scotland will suffer in the upcoming tour of Japan, if they take the Brave Blossoms lightly.

In the 2015 World Cup, Japan shocked the rugby world after defeating Springboks 32–34 but immediately succumbed to a 45-10 defeat against Scotland in their next game.

In the World Rugby Rankings, Scotland are ranked ninth and Japan are positioned at 11th after recently displaced by Fiji from the 10th position.

Dickinson insisted that the 45-10 scoreline in the World Cup was deceptive and Japan posed a greater challenge to the Scotland team than the scoreboard suggested.

"It was very tough," he said. "They had been outstanding against South Africa and were backing up that performance four days later. I found it very hard, especially up front. They are very strong men, well drilled and enjoy their scrummaging. I expect it to be equally hard at the weekend.

"We know they are coming after revenge from the World Cup, so it will be a tough one. We need to start well, which we did not do particularly well in that game. We need to tidy up a few of our fundamentals and need to come out of the box firing.

"Japan take their chances. They are very skilful players and we have seen what happens when they capitalise on errors with a lot of broken field play. Minimise errors and start better."

The loosehead prop also urged the Scotland team to be aware of the Japanese scrum, which he feels is one of the highlight of the Asian team.

"All the games I have watched Japan play over many years, their set piece has been excellent," he said.

"Their front five are all big, strong men and so, for us, it is another battle we have to win. We saw in the World Cup the tight areas were a huge challenge for us. Japan will have progressed, as have we - it is an area they are targeting,

"The Japanese scrum probably the lowest in the world. It is probably how they are built, big men who can get really low and we have to manage the combat. They are a tough scrummaging team who will be coming for us. It will he a good challenge."

From the game that played against Scotland in the World Cup, Japan will miss two of their key players in captain Michael Leitch and fullback Ayumu Goromaru.

Leitch is suffering from a dislocated thumb during the Super Rugby match for the Chiefs against Rebels, while Goromaru is ruled out with a shoulder injury.

For Scotland, 19 of the players, who featured in the World Cup encounter against Japan will take part in the upcoming series and Dickinson stressed on the importance to have the core of the team intact.

"We have been quite lucky that not a lot of players have moved on and we have managed to keep a core for the last few years," Dickinson said.

"It is inevitable that the older guys will move on and the young guys will come through but over the last few years we have been able to keep a core together and evolve together to try to do something special."