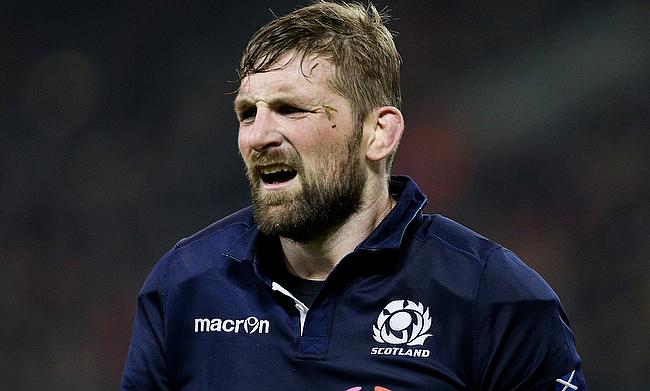 John Barclay, the Scottish flanker has admitted that his side is wary of the challenge to re-set their body clocks in just five days after touch down in Tokyo ahead of their Test double header with the Brave Blossoms.

However, the 29-year-old explained how him and his teammates are following a sleep schedule to overcome the jet-lag.

"We have got a schedule of how much sleep we are allowed. We will see who follows that.

"I have got a three-year-old and a six-week-old boy at home, so a bit of rest and catching up with some sleep would go down well.

"We get looked after really well and are lucky enough to fly business-class, so we get to walk around and have a bit of a chat during the flight. There are a couple of guys who are a bit of a nuisance, though.

"But we have already started going to bed a bit earlier, and waking up a bit earlier - at least I think that's the plan. Then when we get over there it is a case of trying to stay awake for as long as possible."

Coach Vern Cotter and his men do not have the same luxury of time as England and Wales who traveled a week early down-under ahead of their clash against Australia and New Zealand respectively.

"It will be pretty full-on," admitted Barclay. "England and Wales went over to Australia and New Zealand a week early.

"We don't have that luxury but sometimes getting straight into training and going for a run is the best way of getting it out of your system."

The Pro12 player who features for Scarlets has traveled to Japan twice for school tournaments while growing up in Hong Kong and Malaysia. Barclay who 'loves' tours, is excited for the upcoming Japanese challenge.

"I've been to Japan twice before, but both times for school tournaments when I was younger.

"I can't even remember where we went to be honest, it was in the middle of nowhere.

"I grew up in the Far East, in Hong Kong and Malaysia, so I've got a slight grasp of the culture, but I am not too experienced in Japan.

"I am really excited about going. Someone said to me 'you must be dreading going' but I can't wait. I personally love tours. They are great fun. You expose yourself to somewhere totally different ."

Barclay is confident of the Tests pulling in big crowd especially after the recent success of the home side in the 2015 Rugby World Cup.

The Brave Blossoms had put up a stellar performance under coach Eddie Jones by winning three out of four matches and ended up third in the Pool B table behind Scotland. The wins included Japan's famous 32-34 triumph at Brighton against the Springboks.

"Rugby is really taking off there and the success they had at the last World Cup accelerated that even more. I am sure there will be big crowds.

"They are a place below us in the world rankings so I am sure they will have a target on our heads and want to turn us over.

"If you beat South Africa, no matter when or how you play them, you are a pretty good team."

The Scots are scheduled to play their first fixture at the Toyota Stadium in Aichi on 18th of June before moving on to the Ajinomoto Stadium in Tokyo for the second fixture on 25th.