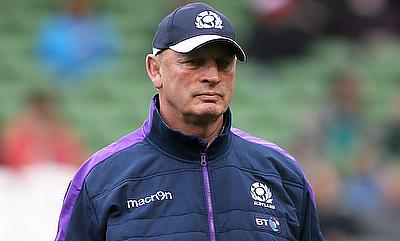 The only significant change from the traveling group which will play two Tests in Tokyo in June is Glasgow centre Mark Bennett, who is aiming for a spot in Team GB's sevens squad for the upcoming Olympic games at Rio.

The remainder of the squad mostly comprises of the same men who featured in the recently concluded Rugby World Cup and the Six Nations Championship.

Scotland is scheduled to play its first full-cap international on Japanese soil against Brave Blossoms at the Toyota Stadium on 18th of June. A week later Cotter's side will face the 2019 World Cup hosts at the Ajinomoto Stadium.

Cotter has stated that as the trip is only 10 days long, it allows him to concentrate on a small group of players.

"Being a two-match tour, rather than three, allows us to take a smaller squad - a tight group, though opportunities still remain for other players to come in."

Cotter believes there is a room for improvement in performance for this Scottish squad and this tour presents an opening for him and his men to evaluate their performance in the 2016 Six Nations Championship.

"This squad still has a lot of work to do to get better and this is another opportunity to analyse our last game against Ireland and the RBS 6 Nations Championship as a whole, in order to move forward.

"We will be working on becoming smarter in the way that we look to win, with winning, of course, being our focus."

Cotter also admits the challenge before him and his men to prepare themselves in a span of five days to face a team which is only a spot below in the world rankings will be difficult.

"The first game will be especially tough. We have five days to prepare following our arrival in Japan to face a team one place below us in the world rankings, on home soil."

Cotter heaped praises at the Japanese fans for their passion towards rugby and accepted the challenge his men will face playing against the home team.

"You only have to look at the crowd numbers and the passion that the Japanese people have at the Sunwolves [inaugural Japanese Super Rugby team] fixtures at home to know that this will be a real test for the players."

Winning will be the primary objective for Cotter's and his team as Scotland aims to improve their position in the world rankings.

"We are aware of the fact that the world rankings for the Rugby World Cup are ongoing, and that the only way we'll influence those ranking positively is to win games," said Cotter.

"Winning is our primary focus, while also developing our leadership group, our experience and becoming better at controlling fixtures by understanding and exploiting the opportunities in the game to build and apply pressure by varying our attack."

Fixtures for Scotland's tour of Japan