Gray to join up with Scotland squad 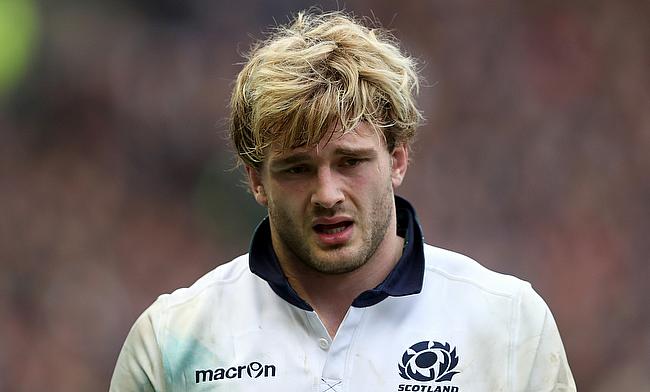 Richie Gray is set to join up with the Scotland squad in Japan today and could play a part in Saturday’s first Test.

The 26 year-old is meeting up with the side later than planned after being released to play in Castres’ Top 14 play-off defeat to Montepellier.

The second row is likely to take part in a training session tomorrow with his fellow team-mates before Vern Cotter announces the team on Thursday.

"We will wait to see what mental and physical shape he is in," said assistant coach Matt Taylor.

"He has been very good for us lately, so how he turns up will determine whether he comes in to consideration.

"Today's training is not a full-on session in terms of a lot of the contact, it's more about organisation. We have a hard session on Tuesday, when the bulk of the work will be done, and we hope he [Gray] will be involved in that."

Scotland go into this series with a 100 per cent record over Japan, but the Blossoms will be confident ahead of the first test following a 26-22 win over Canada in Vancouver over the weekend.

Both sides met in the Rugby World Cup nine months ago, with Scotland coming away with the spoils on that occassion, but, even so, Taylor and his colleagues have been poring over the video of Japan's win over Canada at the weekend for clues about how things have changed.

"They are quick to contact, they try to play a high-tempo game," said Taylor.

"There are a few similarities to how Japan played in the World Cup in some of their shapes and that they are trying to keep the ball in hand. They are kicking a wee bit more than they have in the past, so whether they keep that up we are not sure.

"Japan is only one ranking place below us, they are a very good side. We want to play well and put a marker down.