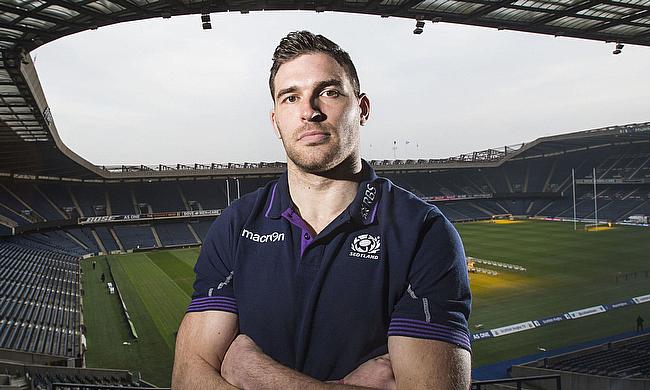 Scotland wing Sean Lamont has urged his team to take the upcoming Test series against Japan seriously in order to avoid a tougher group in the 2019 World Cup.

The draw process for the 2019 World Cup in Japan will be held in May 2017 and World Rugby Rankings will be taken as a mechanism to split the teams.

Scotland are currently languishing at the ninth place with 78.32, just a fraction below France while Japan is positioned 10th with 77.05 points.

Lamont fears that a poor performance against Japan might affect Scotland’s rankings in such a way that they might end up in a 'group of death' in the 2019 World Cup, much similar to England in the previous edition.

"These are big games - they are not throw-aways. Japan are ranked 10 in the world, we are nine so it will be two close matches.

"We want to continue with what we have been building on over the last year but it's more about the ranking.

"The ranking will take care of itself if we win the games like we are supposed to.

"I remember before the draw for the last World Cup, the loss to Tonga cost us [the chance to be second seeds]. We got lucky because we were third seeds behind South Africa and Samoa.

"If we drop down to being third seeds again we could end up being in the kind of group that England and Wales got with Australia, which would be a lot harder to escape next time round.

"So these games do count, even if they are just friendlies."

With 104 caps already to his name, Lamont is confident of contributing to the team's success with his vast experience.

"When I was left out I was absolutely gutted," he admitted. "I totally understood why but it's never nice to get that phone call saying you're being left behind.

"However, getting the next call to say I was back in was very nice.

"Playing for Scotland has been a big part of my life and I sure as damned don't want it to go away - b ut I know eventually it will.

"I never feared it was over this time because Vern told me I was still in his thinking but it was a bit of an emotional rollercoaster between the two phone calls.

"Listen, I know where I am in my career. Damo has had a good run for Edinburgh and deserves his call-up. I'm all for pushing the next generation through. It's good for Scottish rugby and it's what we need."

The Glasgow Warriors winger is on a threshold of a huge milestone as he needs five more matches to equal Chris Paterson's record of 109 caps, which is the most games played by a Scotland player.

Despite being excited to be part of Scotland again, Lamont refused to look too far ahead and wants to do well in the upcoming tour of Japan.

“I'd love to to keep going for the record. If it happens I'll be glad but likewise if it doesn't, I've still had a 'no bad' innings.

"We'll see, we don't know what the future holds. I'll be trying my damnedest though."