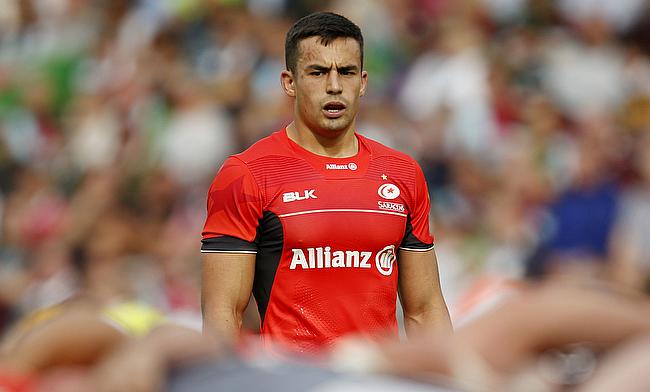 Alex Lozowski was the mastermind of Saracens' win at Sale
©PA

Saracens returned to the top of the table after defeating Sale Sharks by 13 - 28 in their Aviva Premiership encounter at AJ Bell Stadium on Sunday.

Fly-half Alex Lozowski kicked a successful penalty to get Saracens off the mark and that were the only points in the first quarter of the game which was sedate.

Sale Sharks Number eight Josh Beaumont took his team to the lead when he crossed over in the 21st minute allowing fly-half AJ MacGinty to add the conversion. However, it was negated with a 26th minute try from centre Marcelo Bosch and Lozowski scored the conversion as well.

Lozowski capped off the first half with another penalty taking Saracens to a six point lead.

The second half saw replacement Matt Gallagher strolling across the post after Schalk Brits intercepted a line-out in the 43rd minute. After MacGinty and Lozowski exchanged penalties, the Sale Sharks fly-half kicked an additional three-pointer to bring down the gap to eight points.

The chances of a Sale Sharks fightback brightened when Saracens were temporarily reduced to 14 men when Mike Rhodes was sin-binned in the 66th minute. However, they failed to capitalise on it, instead conceded a try to replacement Ben Spencer, who made full use of the offload from Lozowski.

The 15-point victory helped Saracens displace Bath at the top of the table while Sale Sharks are positioned seventh.

"It was great because a lot of our experienced players were outstanding today: Schalk Brits, Schalk Burger and Brad Barritt.

"We were really pleased to pick up the points and really pleased with a lot of aspects of the performance, in terms of the qualities we want to show.

"Our maul defence five metres from our line was outstanding.

"It's normally a big strength of theirs but Jim Hamilton and the rest of the forwards did a great job."