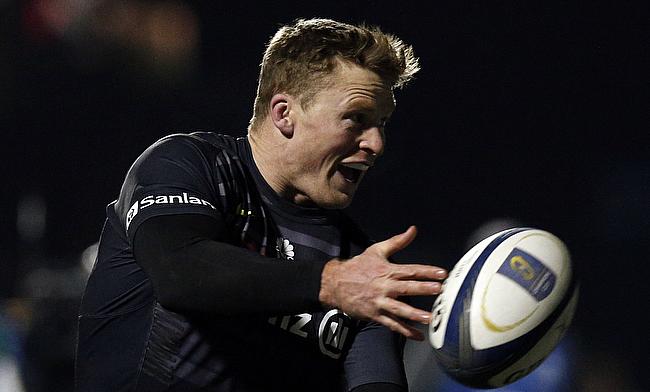 England international Chris Ashton has announced his decision to switch from Saracens to Toulon at the end of the ongoing season.

"We would like to thank Chris for his contribution to Saracens and the role he played in helping us create some incredible memories during that period," McCall said.

Earlier, Ashton was also banned for 10 weeks for making contact with the eye area of Ulster's Luke Marshall during the European Champions Cup game which forced him to miss the Six Nations tournament and since then he has not featured in an England side under Eddie Jones.

Now his move to France will further limit his chances of featuring for the red rose team again considering Rugby Football Union's policy to pick overseas players only on exceptional circumstances.

Ashton, expressed his gratitude to Saracens for being supportive in his move to shift to Toulon and is hopeful to add more memorable memories with the club before the end of the season.

"I'd like to put on record my thanks to Mark McCall, our chairman Nigel Wray and the whole team at Saracens for the manner in which they have dealt with my request to join Toulon next season," Ashton said.

"I have thoroughly enjoyed my time at Allianz Park and I have made so many special memories on and off the field.

"There is a tremendous culture at Saracens and the bond between everyone here is very tight.

"It will be a real wrench for me to leave all that behind at the end of the season, but I'm looking forward to a new challenge at Toulon next year.

"My focus now is helping the squad prepare for Leicester on Saturday, contributing to the side when I return to action later this year and hopefully making a few more memories together in a black and red shirt."